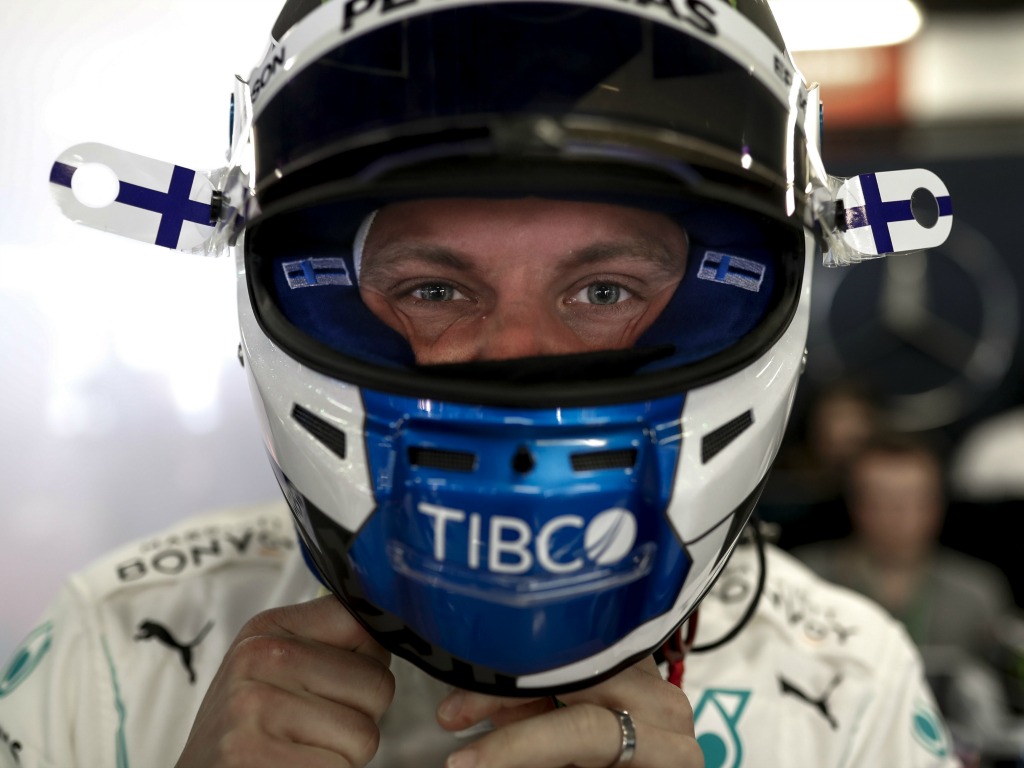 Valtteri Bottas completed a Friday practice double ahead of the Spanish Grand Prix after he pipped Lewis Hamilton to P1 by 0.049 seconds.

Bottas’ 1:17.284 remained unbeaten at a sunny Circuit de Catalunya as Ferrari duo Charles Leclerc and Sebastian Vettel were both three tenths off the pace in P3 and P4 respectively.

Following Stroll’s heavy shunt into the barrier in FP1, the Canadian was forced to watch from the sidelines in the early stages of FP2; Bottas and Hamilton were amongst the usual late starters alongside Verstappen, with both Mercedes and Red Bull seeing their running interrupted on Friday morning due to suspected oil leaks.

But when Bottas did creep out of the garage 20 minutes into the session, he was straight to the top of the standings with a 1:18.259 on the yellow-striped medium tyres. The Finn quickly whittled that down to a 1:17.835 as we approached the final hour mark; Hamilton was eight tenths down in P4, but on the hard compound.

Ferrari were the first of the big three to launch their first attacking laps on the soft tyres and Vettel edged out his team-mate Leclerc by 0.027 seconds. The new benchmark was a 1:17.673 but Vettel had left plenty on the table in the second and third sectors.

A messy third sector on Vettel’s next run allowed Leclerc to leapfrog his fellow Ferrari driver by 0.088 seconds.

By the halfway point, all 20 drivers had times on the board with Racing Point able to get Stroll’s car back in tip-top shape.

It was then time for Mercedes to launch their response to the Ferrari hot laps and both Bottas and Hamilton were able to push the Ferrari duo off the top two spots.

Bottas again took charge of the leaderboard with a 1:17.284, a tenth faster than his team-mate.

The Finn could not improve on his second qualy sim lap, while Hamilton managed to close to within 0.049 seconds on his attempt.

Leclerc and Vettel were three tenths off the pace; Verstappen seven tenths behind in P5.

The race simulation programmes were run without any major incidents, unlike FP1 after Stroll’s crash, although the likes of Kvyat and Raikkonen did have brief trips off to the gravel trap.