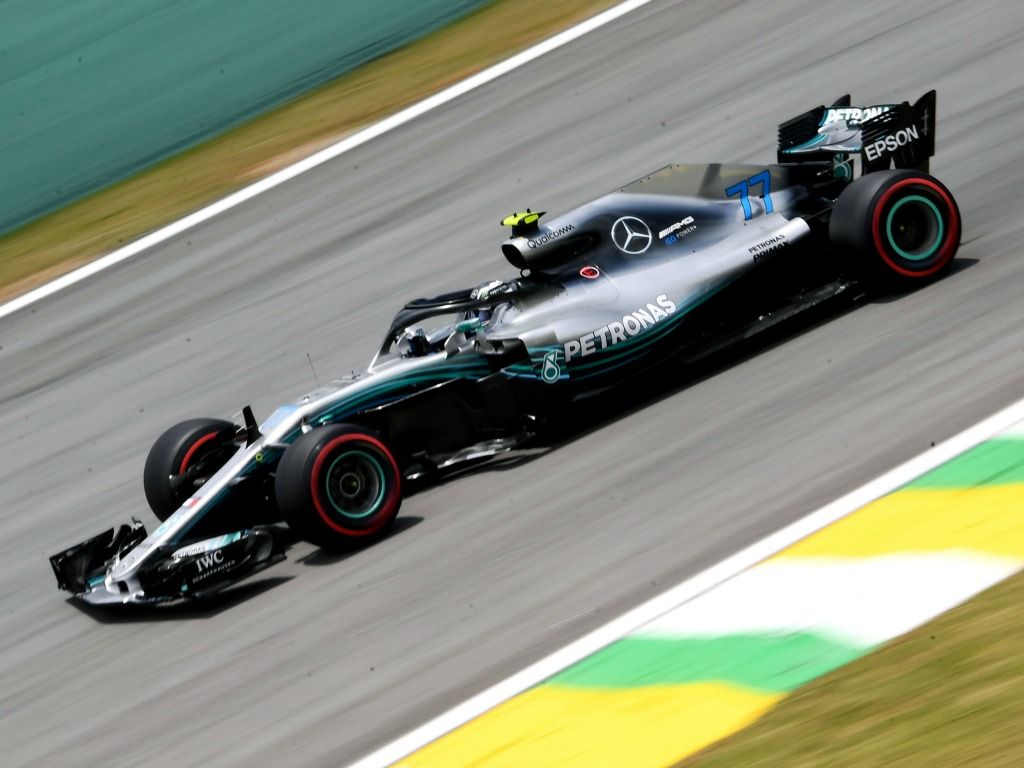 Valtteri Bottas headed a Mercedes 1-2 by 0.003 seconds after the second practice session at the Brazilian Grand Prix.

The Finn, still searching for his first Formula 1 victory of the 2018 season, posted a 1:08.846 to top a red-flagged session caused by Nico Hulkenberg crashing into the barriers at Turn 13.

Hamilton was right on his team-mate’s tail at Interlagos, while Sebastian Vettel was also within a tenth of the Finn as the top three remained tightly packed once again.

FP1 leader Max Verstappen missed the first half of the session after Red Bull discovered an oil leak, but still managed to complete a qualifying and race simulation run.

Come the checkered flag, he was nestled in between Daniel Ricciardo and Kimi Raikkonen in P5.

Haas continued to show that they may have best midfield pace with Romain Grosjean finishing P7; Charles Leclerc, Kevin Magnussen and Esteban Ocon completing the top 10.

Fernando Alonso, Sergio Perez and Marcus Ericsson were all back in their respective seats after handing over their cars to the reserve drivers on Friday morning.

There were given some rather mixed weather conditions to work with as the wind noticeably picked up and the darker clouds began to circulate around the Interlagos track.

But, just 11 minutes into the session, programmes were abruptly interrupted by red flags in Brazil as Nico Hulkenberg smashed into the barrier at Turn 13.

‘The Hulk’ climbed out of his Renault unscathed and drivers were forced back to the pit lane for a brief period whilst his car was recovered.

After the first 30 minutes of the session and ahead of the qualifying simulation runs, it was Hamilton who was setting the early pace with a 1:09.245 on the supersofts – the quickest compound available this weekend.

It was Mercedes who also came out on top in the qualifying sim programmes, but Bottas emerged the quickest with a 1:08.846, pipping Hamilton by a mere 0.003 seconds.

Vettel was only 0.073 seconds off the P1 spot, while FP1 leader Verstappen could only eventually rise to P5 after being “massive compromised” by Lance Stroll down the start/finish straight.

While Mercedes displayed the pace over one lap, Hamilton was getting increasingly frustrated during his race sim with frequent complaints over team radio.