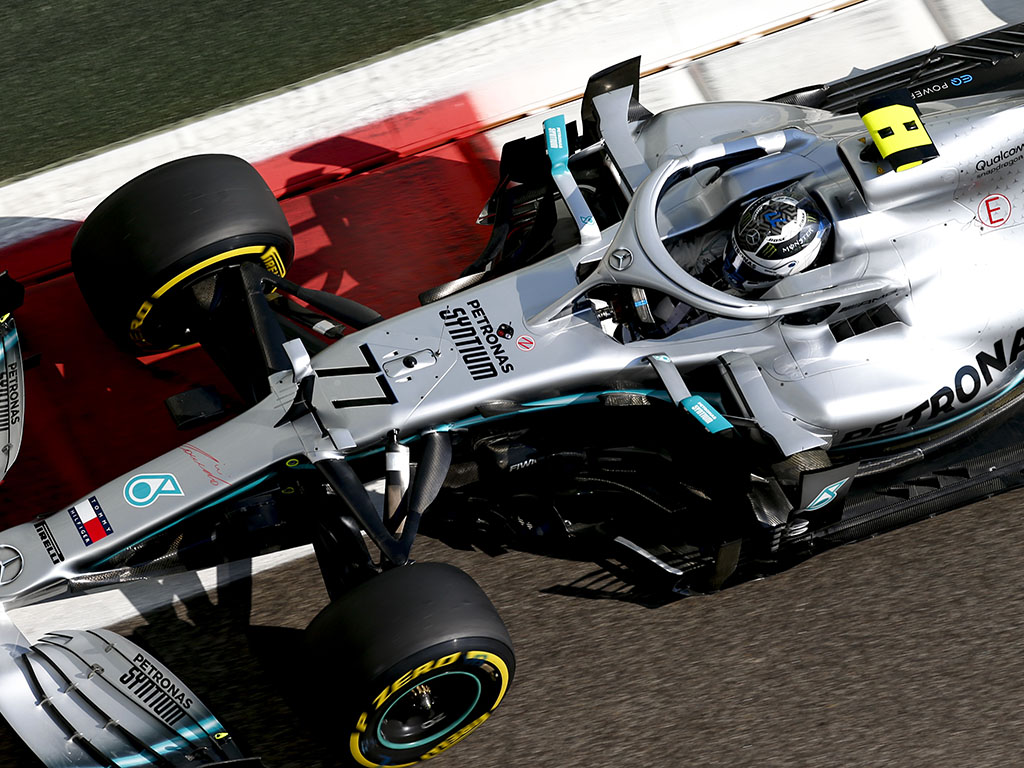 Valtteri Bottas was quickest once again in Friday practice, but this time he came into contact with Romain Grosjean during the race simulation runs.

Bottas tried to overtake Grosjean and get ahead of him into Turn 11, but Grosjean, who checked his mirrors on a couple of occasions, continued to turn into Finn and it resulted in a smattering of debris littering the track.

Before the bizarre incident, Bottas had continued to set the pace on the first day of practice with a 1:36.256 which was three tenths quicker than his nearest rivals: Lewis Hamilton and Charles Leclerc.

As the sun began to set and the track cooled, second practice was the first real chance that the teams and drivers could collect some valuable data in conditions more representative to what we are going to see on race night come Sunday.

Vettel, who spun and crashed out late into FP1, was straight back into the action with a new gearbox fitted as a precaution. There will be no five-place grid drop, though, as the race gearbox was not inside the SF90 at the time of the crash.

After the first 30 minutes of running, Vettel was sat down in P5, nine tenths off the early pace set by Max Verstappen – a 1.37.145 on the same medium tyre.

Vettel’s team-mate, Leclerc, almost suffered an identical spin off and crash to Vettel, but was fortunate enough to escape with some battered wheels.

Following the first round of hot laps, Bottas was able to dislodge Verstappen from top spot as he lowered the benchmark to a 1:36.256 with Hamilton three tenths behind in P2.

Leclerc, slightly out of sync to the others after his earlier brush with the wall, went purple-purple in the first two sectors, but lost a chunk of time in the final sector to also put himself three tenths behind Bottas and slightly slower than Hamilton.

Hamilton, with number 44 back on his car after using number 1 on first practice, managed to find some slight improvement on his second clean hot lap, but was still not troubling Bottas’ top spot.

All was calm and serene during the race simulation runs…that was until Bottas and Romain Grosjean collided into each other at Turn 11. Out came the red flags to clear up the debris.

Grosjean collides with Bottas as the Finn overtakes on the inside into Turn 11#AbuDhabiGP 🇦🇪 #F1 pic.twitter.com/IuqJLCTj00

After Hamilton learned who Bottas crashed with, he replied on team radio: “I could have guessed.”

The session restarted with 10 minutes left on the clock, with Bottas able to continue after a quick car clean up in the garage.