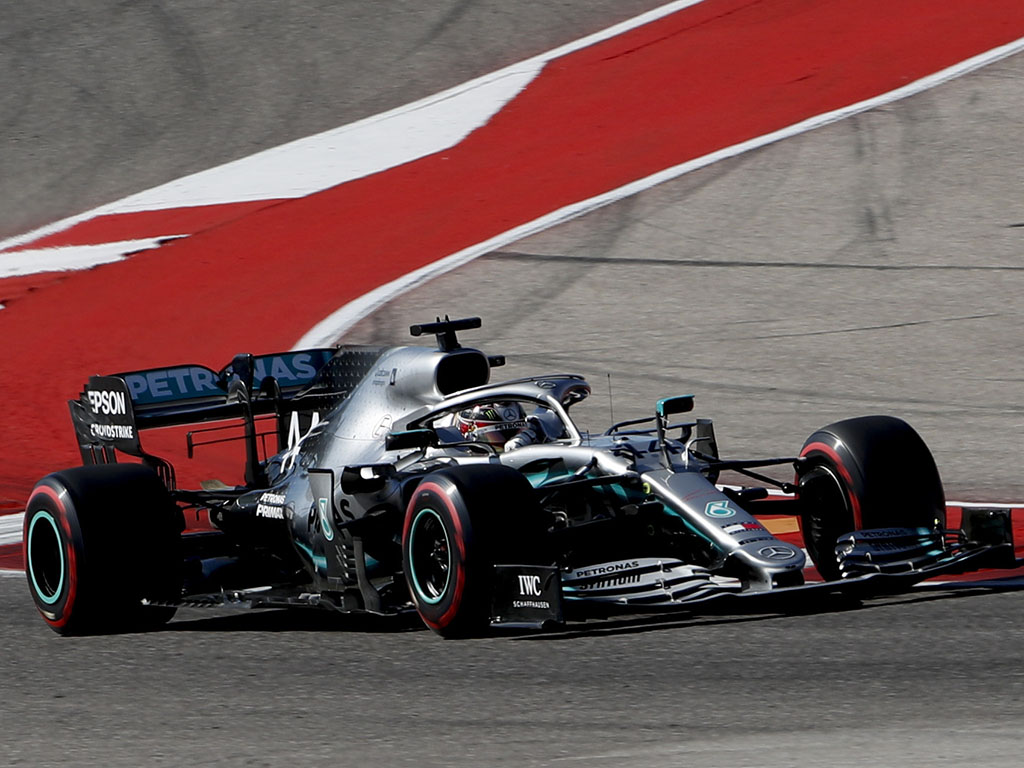 Lewis Hamilton topped FP2 at the Circuit of The Americas, but potentially showed the value of the tow to others ahead of qualifying on Saturday.

Hamilton, who can clinch a sixth World Championship title with a minimum P8 finish in Austin, was some three tenths quicker than his nearest rivals Charles Leclerc and Max Verstappen with a 1:33.232.

However, during that qualifying simulation lap, Hamilton would receive an inadvertent tow down the straight in the middle sector from Williams’ Robert Kubica – something that we could see plenty more of come Saturday afternoon in qualifying.

The data showed that Hamilton, after being three tenths down in the first sector, was suddenly two tenths up on Leclerc’s previous session best by the end of sector two.

Meanwhile, Sebastian Vettel found himself six tenths off the pace, with Hamilton’s team-mate Valtteri Bottas a further two tenths behind. Rounding off the top six was Alex Albon.

Further down the grid, Romain Grosjean was only able to complete four laps in FP2 after crashing out early in the session.

Although there was still a smattering of 2020 prototype Pirelli tyre testing taking place in FP2, we were back to our more regular scheduled programming for Friday afternoon practice.

Drivers were limited to just 10 minutes on their first outing as Grosjean lost control of his car going through Turns 5 and 6, and bashed into the barrier as a result.

“I’m ok but the car is not,” Grosjean reported as the VF18, minus its front wing, was recovered and he headed for the medical centre for precautionary checks.

We should be back on track v. shortly#USGP 🇺🇸 #F1 pic.twitter.com/3EO9FBHnrZ

After the first 30 minutes of running, Leclerc was top of the pile with a 1:34.434 on the medium tyre with Hamilton just a tenth behind on the hards. Verstappen, in P3 also on the mediums, was two tenths off the pace as we approached the qualifying simulation runs.

Bottas was the first of the major players to have a first crack at a hot lap and tore a three tenth chunk off of Leclerc’s previous best time, but it was not long before Vettel bettered it by a tenth with a 1:33.890 – although he was slower than the Mercedes in the final sector.

Leclerc was next in line to set a new benchmark and duly obliged with a 1:33.533. He was promptly knocked off top spot by Hamilton who, with the aid of the aforementioned tow down the straight by Kubica, was quicker by three tenths.

Down in the Red Bull corner, Verstappen was three tenths slower after his first attempt while Alex Albon’s lap time, which was a second off the pace, was deleted after he exceeded track limits at Turn 19.

His next attempt did stand but he was 1.2 seconds down on Hamilton’s best as attentions then turned to race simulations.

All was calm until Vettel suffered a sudden spin at Turn 14 after losing the rear. Thankfully for him he was clear of any barriers and able to get back on track.

While Hamilton may have received some good fortune during the qualy sim, the race simulations suggest that Mercedes and Red Bull could be ahead of Ferrari on race pace.