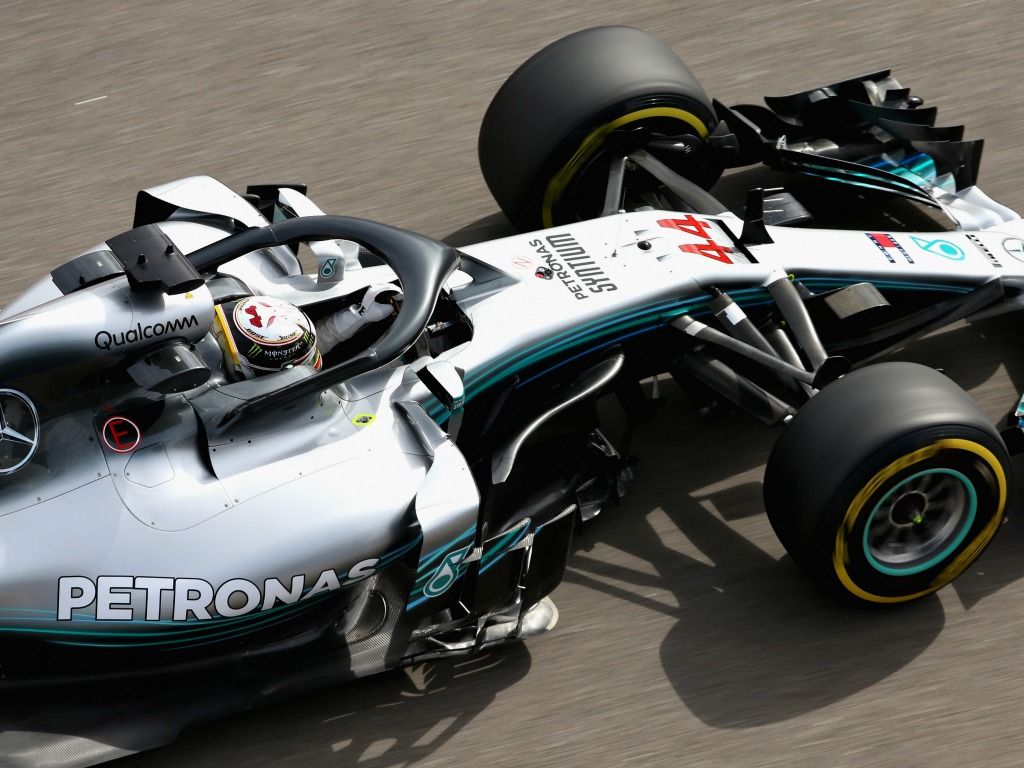 Hamilton posted the quickest time of Russian Grand Prix race weekend thus far with a 1:33.385 on the hypersoft tyres, with team-mate Valtteri Bottas next in the pecking order two tenths behind.

Red Bull came forward as Mercedes’ nearest rivals as Max Verstappen and Daniel Ricciardo occupied P3 and P4 respectively, but Ferrari were down on the third row as both Sebastian Vettel, half a second slower, and Kimi Raikkonen, one second behind, struggled to get into a good rhythm.

There was a more familiar-looking feel to the FP2 line-up, with Fernando Alonso, Carlos Sainz, Sergio Perez, Carlos Sainz and Marcus Ericsson all back in the cockpit after making way for reserve drivers on Friday morning.

It was Verstappen who got the better of the rest in the opening exchanges as he posted a 1:34:164 on the hypersoft tyres.

Hamilton emerged as his closest contender, just 0.081 seconds off the pace on the slower ultrasoft compounds. Team-mate Bottas followed in P3 and Ricciardo, trying to make up for lost time after his car caught fire in FP1, in P4.

Ferrari’s Vettel and Raikkonen were eight tenths and 1.2 seconds down respectively in P5 and P6 after their opening attacks in Russia.

Verstappen was then the first of the big hitters to begin his qualifying simulation run and found marginal improvement with a 1:34.079 on his opening lap.

Bottas immediately found a couple of extra tenths on Verstappen, but not without being forced very wide at the final corner and back onto the start/finish straight.

Then it was Hamilton’s turn to hook it up around the Sochi track and did so by edging out his team-mate by 0.036 seconds.

A 1:33.548 was the new benchmark for Vettel to aim for, but could find no improvement on his first proper push lap.

Hamilton, meanwhile, continued to extract more pace from the Mercedes W09 and, after another whizz round the track on the hypers, he improved to a 1:33.385.

Neither Ferrari driver could themselves ahead of a Red Bull, nor a Mercedes car, after the qualifying sim runs came to an end.

Elsewhere, Perez put himself best of the rest in P7, while the Williams duo of Sergey Sirotkin and Lance Stroll were in their usual spots of propping up the rest of the field.

Verstappen complained about the balance of his RB14 in the early stages of his race sim programme, while Vettel went for a little spin which prompted a quick trip back to the garage for some front wing adjustments.

Vettel then grew increasingly frustrated with his position on track as he hit traffic problems in the final 10 minutes to further hinder his running.

Back at the top, all appears calm and serene at Mercedes heading into qualifying on Saturday.