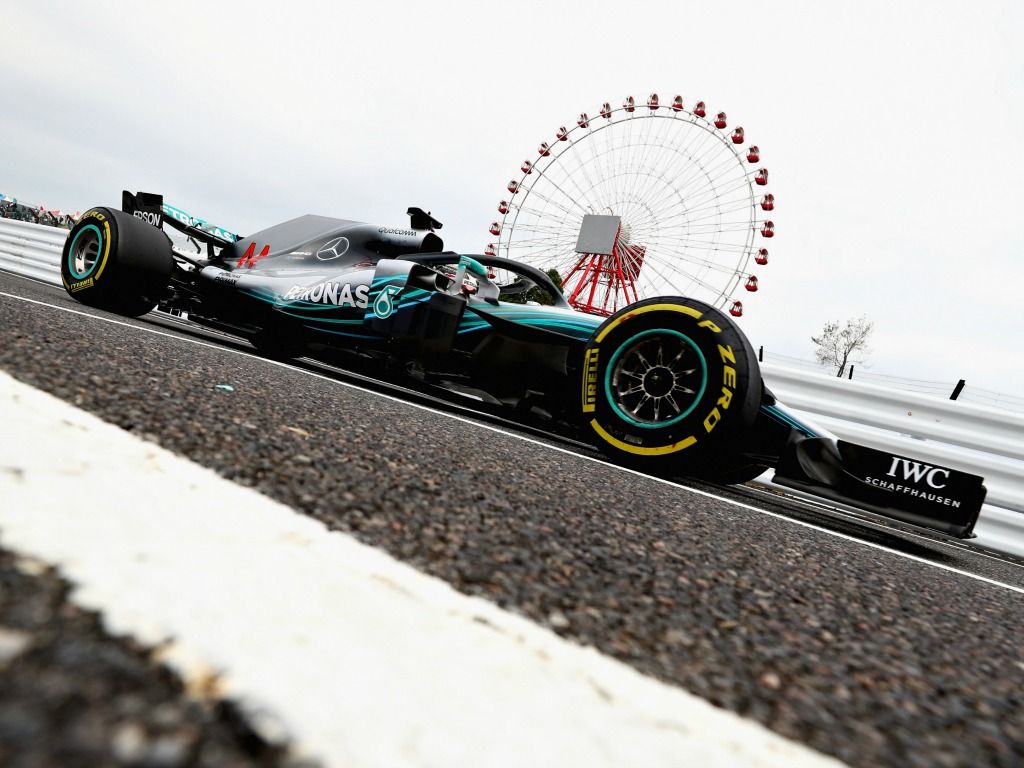 Lewis Hamilton headed another comfortable Mercedes 1-2 from Valtteri Bottas in FP2 ahead of the Japanese Grand Prix.

The World Championship leader was quickest in FP1 and completed a Friday double by posting a 1:28.217 on the supersoft compound during his qualifying simulation.

Bottas, in P2, could only manage to get within four tenths of his team-mate, while Ferrari continued to be off the pace with Sebastian Vettel eight tenths down in third.

Max Verstappen, Kimi Raikkonen and Daniel Ricciardo were all over a second slower than Hamilton.

Prior to FP2, Hartley’s team-mate Pierre Gasly was given his second reprimand of the season after being caught napping by Lewis Hamilton on the racing line. One more reprimand for the Frenchman will result in 10-place grid drop.

An issue with the fuel cell ensured the Frenchman remained firmly rooted in the garage whilst the other 19 drivers got started on their FP2 programmes with a threat of rain in the air.

Ferrari were the first of the big hitters to start attacking the timesheet as Vettel punched in a 1:29.398 on his opening stint.

Yet, after the first 30 minutes of the session, it was Hamilton who was back on top as he opened up a four-tenth gap to his title rival with a 1:28.911.

Back on track tomorrow for Quali! pic.twitter.com/7Qgv85O539

“I’m having the best day,” said a jovial Hamilton on team radio, and it would only get better.

Soft tyres were then swapped for the quickest supersofts as the qualifying simulations got underway at Suzuka. Vettel, though, could not dislodge Hamilton from top spot on his first hot lap, improving by just three tenths.

Bottas was three tenths up on Hamilton in the first sector on his opening attempt, but backed out entirely when running wide at Degner 2.

Then it was Hamilton’s turn to up the ante, improving on his personal best by almost seven tenths to lower the benchmark to a 1:28.217.

Team-mate Bottas, who put a cleaner lap together on his second try, was four tenths adrift. Vettel found himself eight tenths down in P3. Verstappen, Raikkonen and Ricciardo were all over a second slower than the Brit.

Raikkonen compromised one of his hot laps by kicking up some turf on his warm-up lap and creeped back into the pits as Ferrari continued to underwhelm.

With another Mercedes 1-2 firmly in the bag, attentions then turned to the race simulation runs.

Verstappen and Bottas were both sliding around the track heading into the late stages of FP2, while Gasly finally emerged from the garage with 15 minutes to go.

There was also time for another moment of Ferrari concern as Vettel and Raikkonen both trundled back into the pits with badly blistered rear tyres.