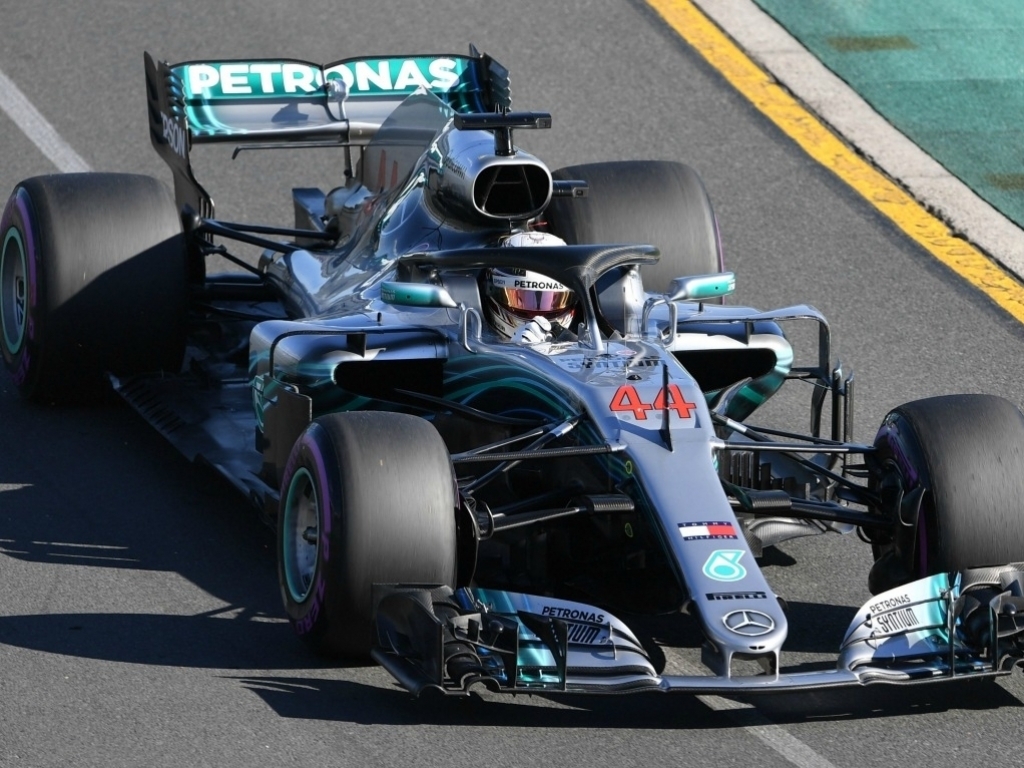 Lewis Hamilton remained top of the standings in Melbourne after becoming the first and only driver to dip into the 1:23s benchmark at Albert Park.

The Brit improved on his best time in FP1 by a tenth, posting a 1:23.931 on ultrasoft tyres in a qualifying simulation run. Red Bull’s Max Verstappen was a tenth behind in P2 and Valtteri Bottas rounded off the top three, two tenths off the pace.

Kimi Raikkonen was also in close quarters in P4, just five hundreths of a second behind his fellow Finn – who will both meet the stewards after Raikkonen was accused by Bottas for blocking – but Sebastian Vettel, in P5, was cut a little adrift by half a second.

Haas continued to catch the eye with both Romain Grosjean and Kevin Magnussen finishing inside the top 10, whilst McLaren drivers Fernando Alonso and Stoffel Vandoorne also found themselves in what would be points finishes on Sunday.

Daniel Ricciardo was buried in P7 after his hot lap was ruined by a brief red flag for loose cables appearing on the start/finish straight.

It was a leisurely start to proceedings in FP2 as temperatures touched a sweltering 30 degrees in Melbourne.

Mercedes, Ferrari and Red Bull picked up where they left off from FP1 and were initially committed to programmes on the slower tyre compounds.

With the track still green, Valtteri Bottas and Force India’s Esteban Ocon both spilled out onto the gravel in the early stages before the pace began to quicken.

Approaching the half-way point of the session, the quickest ultrasoft tyres were unwrapped and Hamilton soon became the first driver to drop into 1:23s benchmark.

It was Red Bull and Verstappen who launched the biggest response, with the Dutchman splitting the two Mercedes cars by narrowing the deficit to 0.127 seconds.

A red flag ruined Ricciardo’s hot lap as timing cables came loose on the start/finish straight, but there was just enough time for Haas to catch the eye once again when Grosjean rose to P6 and within two tenths of Vettel’s Ferrari.

After a brief delay to remove the cables, attention turned to higher fuel runs ahead of Sunday’s race.

Confirmation came soon after the restart that Raikkonen and Bottas will meet with the race stewards after the latter accused his fellow Finn of forcing him into the gravel in the opening stages.

Back on track, it was Hamilton once again who was dictating the pace on the long runs, consistently banking laps in the 1:28s region inside the final half hour.

After another minor off, though, Bottas, as well as Verstappen and the two Ferraris, also began to dip into the same range as Hamilton, suggesting there is not much to choose between the top three at this stage.

After the checkered flag waved, there was cause for concern at Williams as Lance Stroll came to a stop after an attempted practice start and was told to employ “maximum cooling” to avoid an engine failure.

In the end, he left the car deserted out on track.