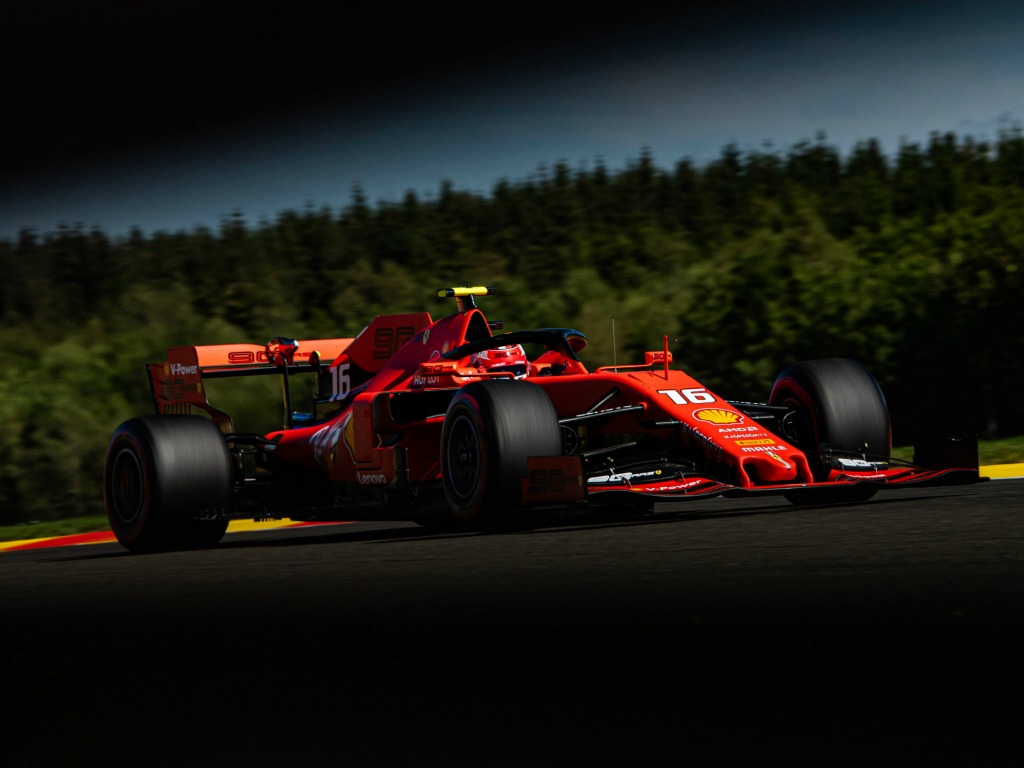 Ferrari’s Charles Leclerc upped the ante in second practice at Spa as the Scuderia completed a Friday practice double ahead of the Belgian Grand Prix.

Leclerc set a 1:44.123 during his qualifying simulation run to finish P1, adding to Sebastian Vettel’s P1 in first practice.

Vettel was six tenths back in P2, while Valtteri Bottas and Lewis Hamilton were two tenths further adrift in P3 and P4 respectively.

SportPesa Racing Point’s Sergio Perez was a surprise entrant in the top five after Max Verstappen had a troubled session in P6.

And a few seconds later he returns to the garage to investigate the issue 👨‍🔧#F1 #BelgianGP 🇧🇪 pic.twitter.com/C8kHDXQqSL

As the sun continued to beat down on the iconic Spa circuit, a spot of medium tyre running was first on the agenda for much of the grid in the early stages of FP2.

Leclerc set the first benchmark with a 1:45.377, but Verstappen was just 0.017s shy of the target. The Mercedes duo of Hamilton and Bottas followed next and were two and fourth tenths down respectively.

Vettel was six tenths behind after his first run.

Not all was well between the big guns, though. Hamilton requested a helmet change as dust and sand blew into his eyes and Verstappen reported a loss of power as he went for a second attempt on his medium tyres.

As Red Bull initially struggled to find improvement, Ferrari had no such problems as Leclerc pumped in a 1:44.123, a full six tenths clear on Vettel.

Bottas and Hamilton, in P3 and P4 were eight tenths off the pace.

During the race simulation programmes within the final half hour of the session, Verstappen reported more power loss issues. However, Red Bull did not appear too concerned after the Dutchman only made a quick stop back in the garage.

There were bigger issues for SportPesa Racing Point as both Lance Stroll and Perez had their sessions cut short due to both cars starting to smoke.