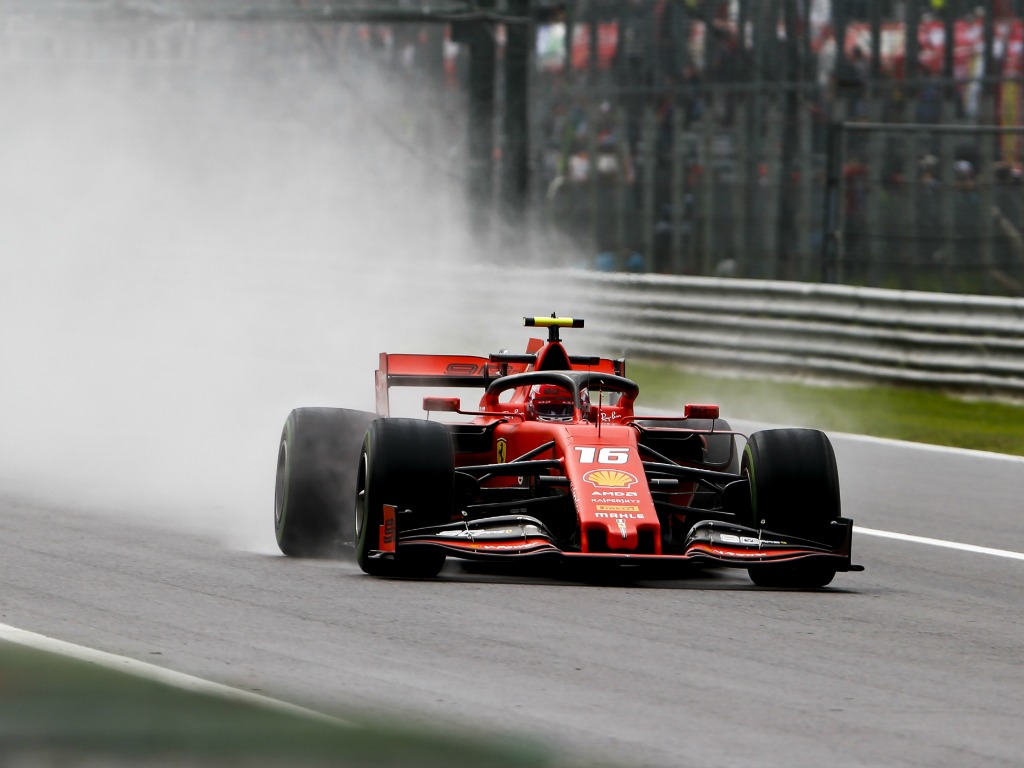 Leclerc was quickest with a 1:20.978 as on and off rain showers contributed toward another frustrating session with a mixed  up schedule.

The Monaco driver edged out Lewis Hamilton by 0.068 seconds; Sebastian Vettel rounded off the top three two tenths behind his Ferrari team-mate.

Valtteri Bottas and Max Verstappen, both three tenths adrift, plus Alex Albon, another three tenths back, completed the top six.

Lando Norris missed well over an hour of running due to another reliability problem on his McLaren MCL34.

The drivers were treated to a dry track at the start of FP2 and, with an 80 per cent chance of rain in the session, there was an eagerness up and down the paddock to gather some more meaningful data compared to FP1.

The first spots of rain 15 minutes into the session, but that did not stop teams strapping on the red-striped soft tyres and Leclerc taking nearly a second out of Hamilton’s best time on the mediums at that stage with a 1:20.978.

Vettel hit traffic on his first hot lap and was two tenths behind after his first attempt, while Verstappen had a cleaner run to be just a further tenth back.

Albon managed to squeeze a qualy sim lap in and was three tenths away from his team-mate in P4…then a heavier rain shower arrived and forced everyone back in the pits.

One driver who did not leave the garage at all when the track light went green was Lando Norris as his car suffered an suspected hydraulic issue.

As the track suddenly emptied, the stewards stopped the session for marshals to clear up some gravel that had spilled out onto the track. Thrilling stuff.

We got the green light again with 45 minutes of the session remaining and drivers continued tentatively on the slick tyres despite some parts of the circuit being a little on the damp side again.

Hamilton and Bottas still managed to find improvement, though, with the former moving to within a tenth of leader Leclerc with the aid of a tow and Bottas three tenths further back in P4.

The rain got a little heavier again, but all teams persisted with the changeable conditions as they collected valuable data on their long runs – thankfully with no major spins like we witnessed in FP1.

All fastest times on softs unless stated