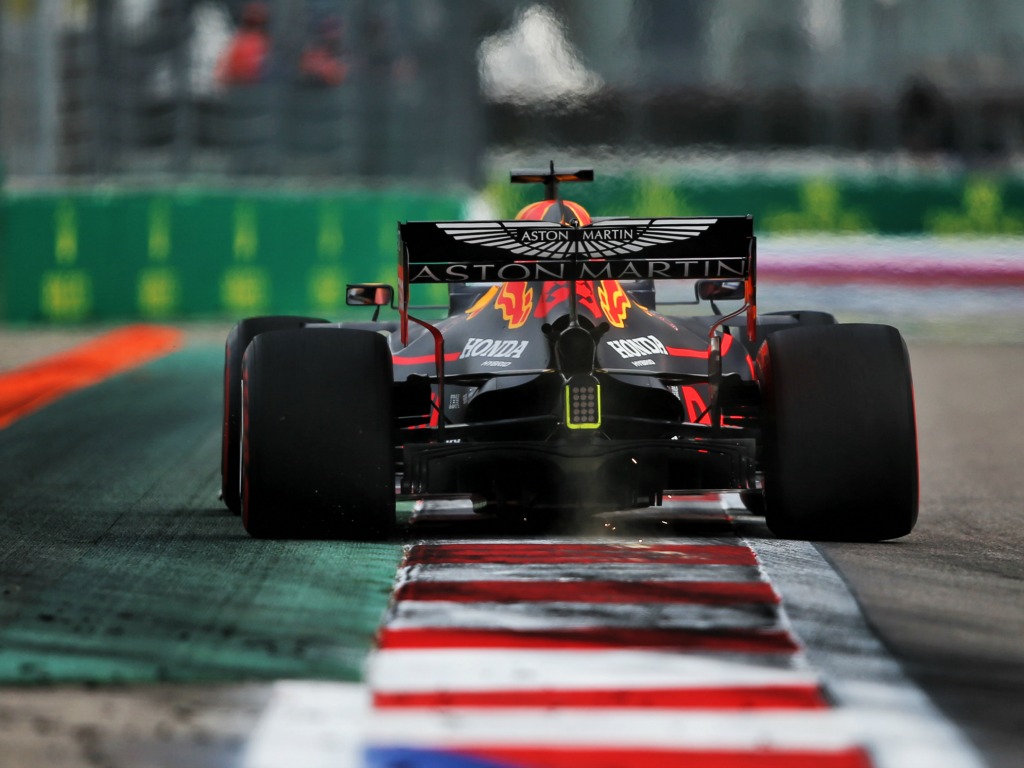 Max Verstappen replaced Charles Leclerc at the top of the timesheet at the Russian Grand Prix after setting the fastest lap of FP2 at the Sochi Autodrom.

Verstappen posted a 1:33.162 and showed a particular strength through the technical final sector to beat Leclerc to top spot by three tenths.

Valtteri Bottas, Lewis Hamilton and Sebastian Vettel were a very distant P3, P4 and P5 respectively, while floor damage on Alex Albon’s car left him out of sync with the others.

We were blessed with a full line-up from the start of FP2 as Renault fixed Daniel Ricciardo’s rear wing following his late barrier bump in FP1 and Honda gave Daniil Kvyat’s engine the all-clear after his early FP1 stoppage.

Ferrari initially picked up where they left off at the end of FP1 with Leclerc top of timesheet after the first 30 minutes of running , setting a 1:34.148 which was a tenth quicker than team-mate Vettel in P2.

Hamilton, Verstappen and Bottas were the only other drivers to be within a second of the two Ferrari cars in the early stages.

It was then time for the pace to quicken considerably as teams began their qualifying simulation programmes.

Leclerc’s first real attack provided a time of 1:33:497, but did lose time in the final sector to potentially open the door for others.

As Vettel struggled to put a lap together, Verstappen was able to keep it tidy enough in the final sector to beat Leclerc’s best time by three tenths.

Bottas and Hamilton, like Vettel, remained firmly off the pace throughout the qualy sim runs.

Red Bull and Ferrari were also closely matched on the medium tyres during the race simulation programmes.