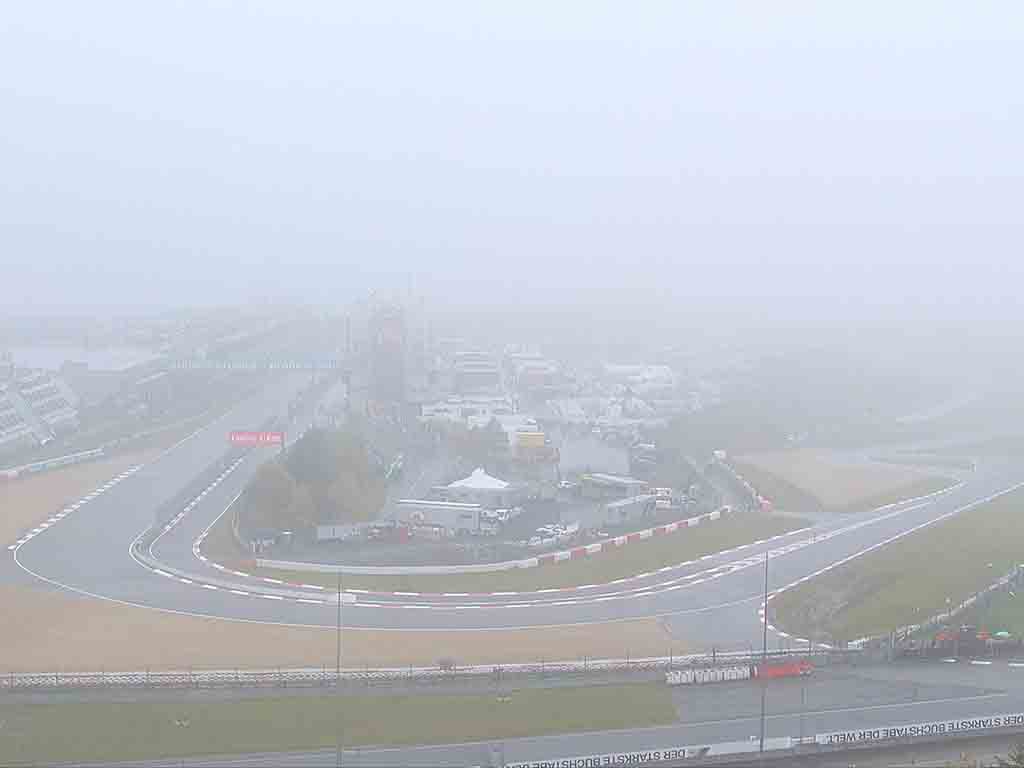 There was not a single Formula 1 car on track during Friday practice ahead of the Eifel Grand Prix at the Nurburgring.

There was a real buzz of anticipation ahead of FP1 on Friday as Formula 1 returned to the Nurburgring after a seven-year absence. It was supposed to be a chance to welcome back an old friend and welcome some new faces, as well.

Ferrari juniors, Mick Schumacher and Callum Ilott, were due to make their FP1 debuts with Alfa Romeo and Haas respectively but both drivers, as well as the rest of the grid, were all made to wait in their garages and motorhomes in the morning and, as it turned out, into the afternoon as well.

While the rain showed signs of easing, the accompanying fog was not shifting at all. With the fog refusing to budge, it ensured that the medical helicopter was unable to fly throughout the day. As a result, the pit lane exit remained firmly closed.

The FIA’s method of communication was to post 30-minute updates as to whether the conditions had improved enough for the medical helicopter to operate.

Shortly before FP2 was due to begin, the FIA announced the first piece of bad news that the start of the session was delayed and a further update would be provided at 1530 local time.

That time came and went with no change to the weather situation and another update would be issued at 1600. All while this was happening, the session clock was continuing to trickle down.

At 1600, the FIA confirmed the session would not start and ended all (very slim) hope of any Friday running.

But, despite the lack of on-track action, there was one very cool moment captured by the TV cameras as Sebastian Vettel chatted with Mick Schumacher in the pit lane area and talked him through his race helmet – a design which honours his father, Michael.

Seb showing Mick his special Michael helmet for this weekend + having a chat with him about it 🥰 pic.twitter.com/zoUGW7aG4Z

It is believed that Mick Schumacher and Callum Ilott will now not get another opportunity to drive in FP1 until the season finale at Abu Dhabi.

As for the here and now back at the Eifel Grand Prix, a lack of Friday running at least spices things up for the rest of the weekend with a little bit more unpredictability.