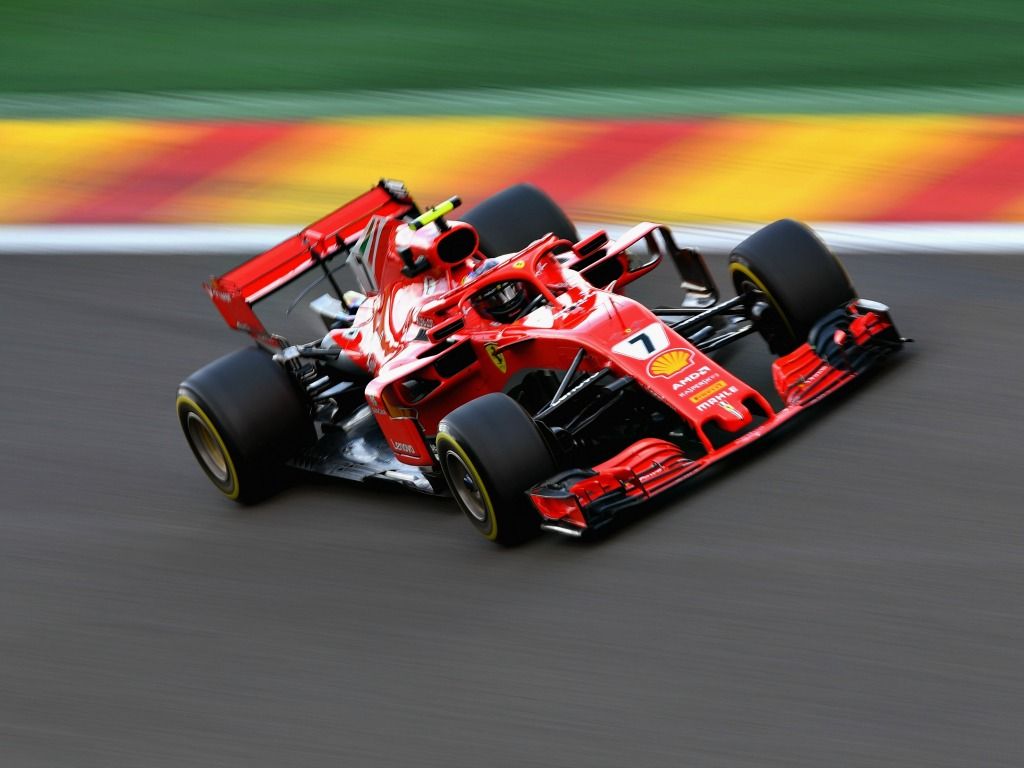 Ferrari continued to set the pace in Belgium as Kimi Raikkonen replaced Sebastian Vettel at the top of the Friday timesheet.

Raikkonen posted a 1:43.355 on the supersoft tyres during his qualifying simulation runs, with Lewis Hamilton emerging as his nearest rival a tenth behind.

Valtteri Bottas, who will be starting Sunday’s race from the back of the grid after taking on a completely new power unit, was four tenths down on Raikkonen’s best in P3.

Sebastian Vettel was unable to put a clean lap together on his qualifying programme, meaning he split the Red Bulls down in P5.

Sergio Perez, racing for the newly-named Racing Front Force India, stamped in an impressive time in P7 – seven tenths quicker than the next midfield rival of Carlos Sainz.

After a few spots of rain on Friday morning, the weather was set pretty fair as drivers returned to the track for FP2, including Fernando Alonso who had handed his McLaren car over to Lando Norris in FP1.

In the opening stages, it was Hamilton and Raikkonen trading the early blows with the Brit setting a 1:44.369 on medium tyres and the ‘Ice Man’ 0.031 seconds behind on the softs.

Ricciardo, eager to make up for lost time after missing much of FP1, had one of his lap times deleted after cutting too much of the corner at Raidillon and setting off the specially-placed sensor.

The qualifying simulation programmes were next on the to-do list and Raikkonen, with some fresh supersofts strapped on, lowered the benchmark to a 1:43.355.

While Bottas could only get to within four tenths of his fellow Finn on his first attempt, Hamilton managed to narrow the gap to a tenth soon after switching to supersofts himself.

Vettel had to abort his first two attacking laps, locking up on his second attempt at La Source which saw him nine tenths down on his team-mate.

The German only improved by a couple of tenths next time around to split the two Red Bulls, who were not making too much impression either on their qualifying sim runs, in P5.

The drivers then racked up the laps on their race sims which passed without any major incidents.

But Hamilton did suffer a number of lock-ups which led to him flat-spotting his supersoft tyres.