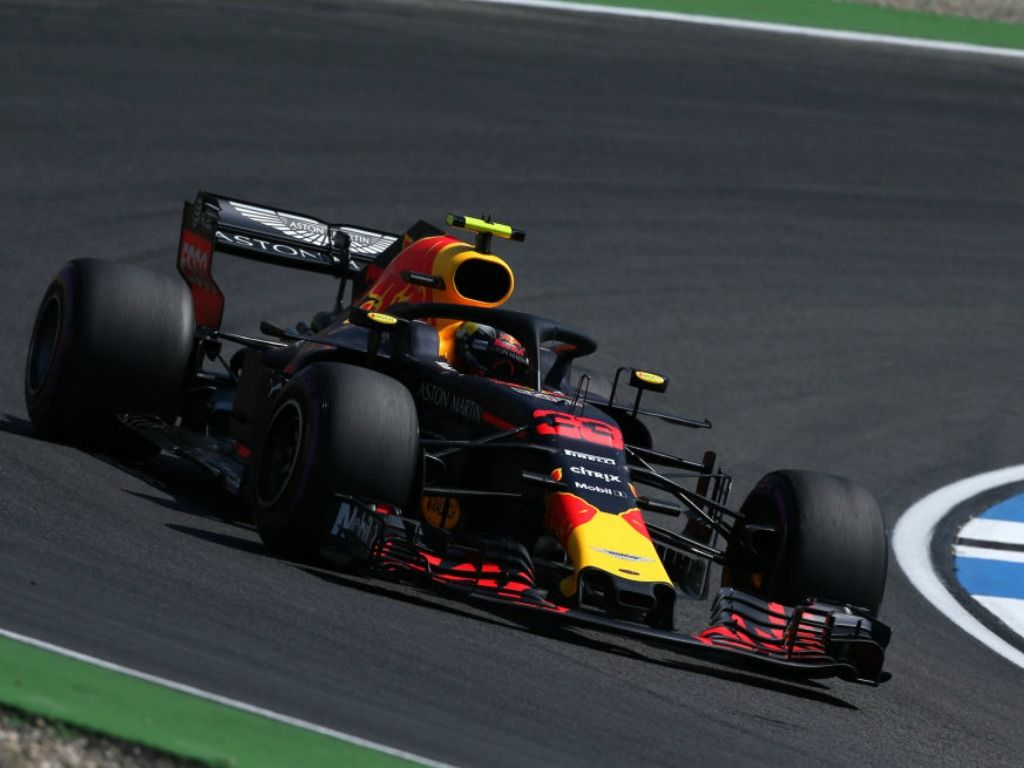 Max Verstappen topped the timesheet in a less than straightforward FP2 session at the Hockenheimring in Germany.

The Dutchman set a 1:13.085 on the ultrasoft tyres during the qualifying simulation programmes but his afternoon was affected by a problem discovered on his car which prevented him completing a full race sim.

Both Haas cars were firmly inside the top 10; Charles Leclerc, Nico Hulkenberg and Esteban Ocon followed next.

Daniel Ricciardo fell to P13 after not completing a qualifying sim, while the McLaren cars could only manage P17 and P20 after completing theirs.

The opening stints in FP2 saw a slight variation between the top three; Vettel and Raikkonen, both on mediums, were within half a second of Red Bull and Mercedes as they  gathered more data on the softs.

Half an hour into the session, Verstappen was leading the way with a 1:13.356, three tenths quicker than Bottas and Hamilton in the Silver Arrows.

Vettel was the first to re-emerge from the garage with the quickest ultrasoft tyres bolted on and quickly dislodged Verstappen at the top – but only by 0.046 seconds initially.

That lead did not last very long once Mercedes got stuck into their qualifying simulation programmes as Hamilton and Bottas both set new track records. Hamilton’s 1:13:111 became the new benchmark.

There was time for a twist, though, as Verstappen re-took the lead once again. He shaved 0.026 seconds off Hamilton’s best before attention turned to race simulations.

Ricciardo, though, was a little out of sync compared to the rest as he did not complete his one-lap simulation runs and started to drop down the leaderboard as a result.

His afternoon then almost came to an abrupt end after being squeezed out by the Williams of Sergey Sirotkin at the hairpin.

Sirotkin goes wide at the hairpin, Ricciardo goes to overtake…

However, his team-mate Verstappen would suffer a disruption to his day with some strange noises emanating from his car. Some said engine, some said gearbox – but it was not serious enough to rule him out the session entirely as he re-appeared for a final stint with five minutes left on the clock.

Sirotkin came close to being sidelined as he locked up the front left heading into the stadium section. The gravel trap saving him from a shunt into the wall.

But that would prove to be the last dramatic moment with the leaderboard finely poised heading into qualifying on Saturday.

Follow all the German Grand Prix action with the PlanetF1 race hub.