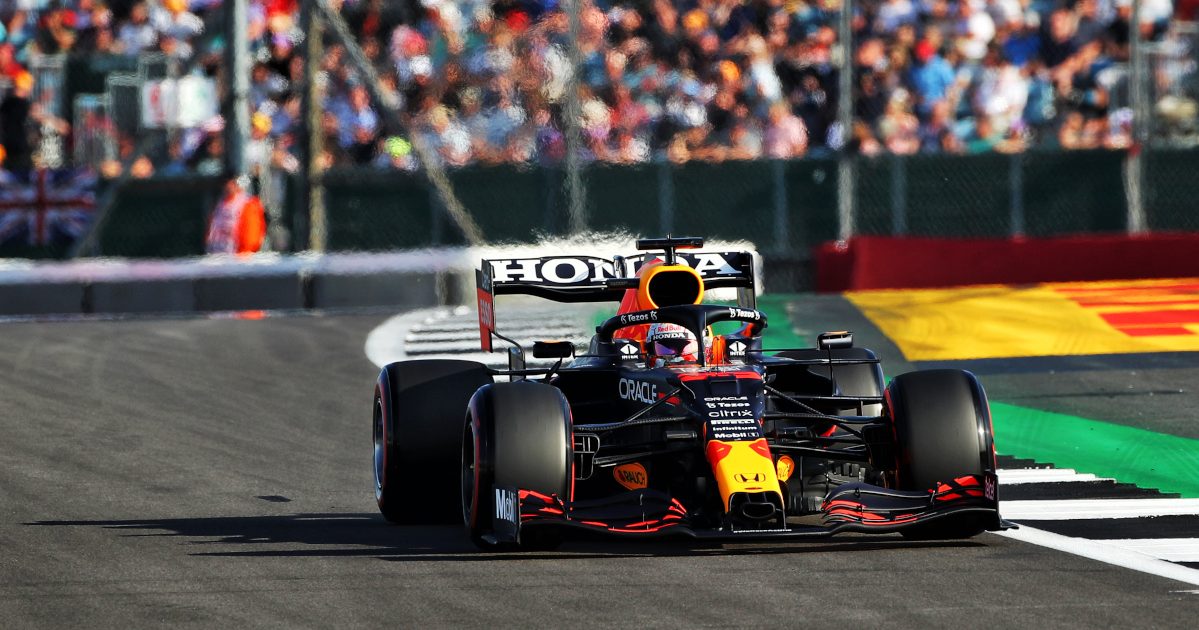 Max Verstappen set the pace in the second and final practice for the British GP, a session in which instead of going for the fastest time possible, the teams ran varying fuel loads.

With the cars in parc ferme conditions, Formula 1 took to the Silverstone circuit for FP2 with the teams unable to change their cars’ set-up, only a few bits and pieces like the wing angle or the brake pads.

Surprisingly that did little to dampen the action.

An early problem for Carlos Sainz – “a lot of air coming into my helmet” – saw him heading back to the pits after a single lap for an adjustment to his visor.

With the cars carrying heavy fuel loads, only two ‘races’ left in the mix, the early lap times were some five seconds slower than qualifying with Esteban Ocon leading the early running with a 1:31.9.

Sergio Perez overhauled him before Verstappen, running the medium tyres, went purple, purple, purple to cross the line with a 1:30.4. 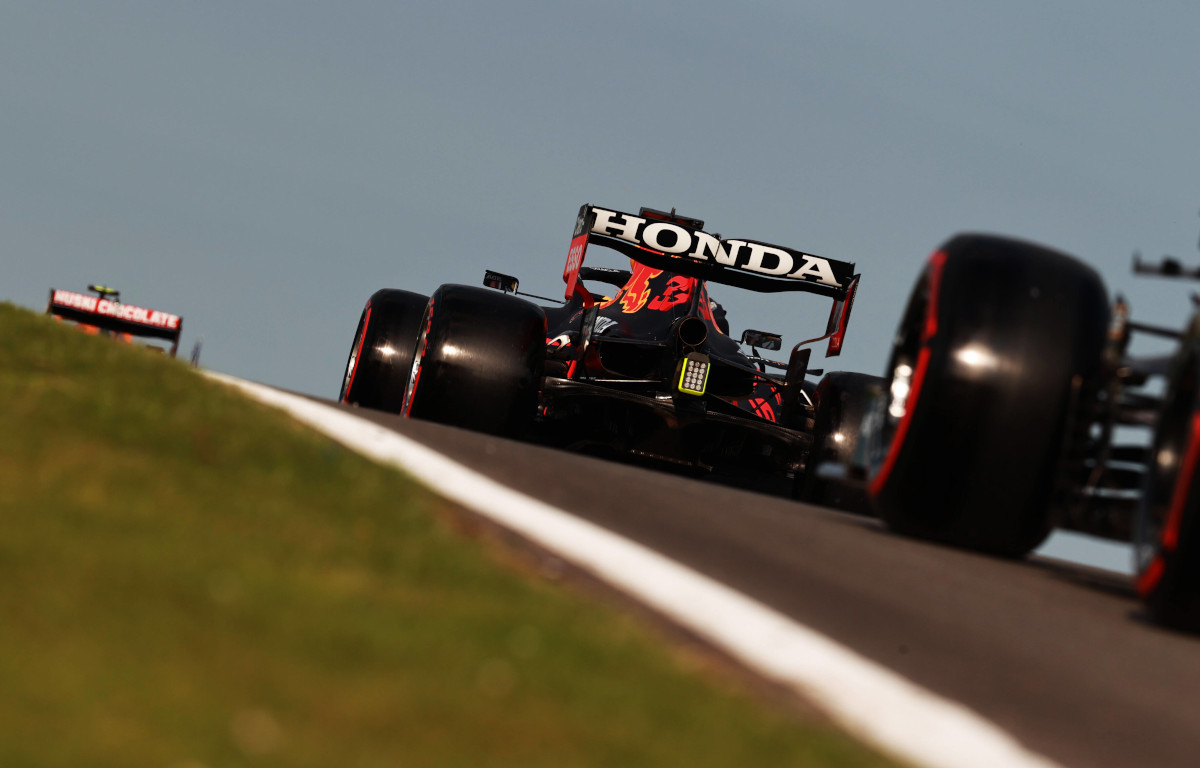 Lewis Hamilton on the hard tyres was P5 as he twitched his way to a 1:32 while Mercedes informed Valtteri Bottas that he had “possible damage” on his rear reflector. The team went onto warn Hamilton to stay off the kerbs.

Later, however, they realised it was a “tear-off” that was causing Bottas’ issues, not a kerb-mounting moment.

Nine laps into his medium tyre run, Perez’s front right was showing graining. The Mexican reported that the windy conditions were buffering his RB16B. Pierre Gasly and Yuki Tsunoda made it a Honda 1-2-3-4 30 minutes into the 60-minute session with Nicholas Latifi up to fifth.

putting on the softer compounds @PierreGASLY jumps into P3 while @yukitsunoda07 moves to P4 💪 pic.twitter.com/UpA8ko4yTm

Lando Norris broke Honda’s stranglehold, up into third place before Daniel Ricciardo climbed to fourth with Bottas and Hamilton also on the move.

As the track continued to rubber in, Ferrari was another team finding some pace as Charles Leclerc climbed to second ahead of Carlos Sainz. Leclerc was running the mediums to his team-mate’s soft tyres.

The session ended with Verstappen lowering the benchmark to a 1:29.0, finishing 0.375 seconds ahead of Leclerc with Sainz in third place.

But don’t read too much into this one…