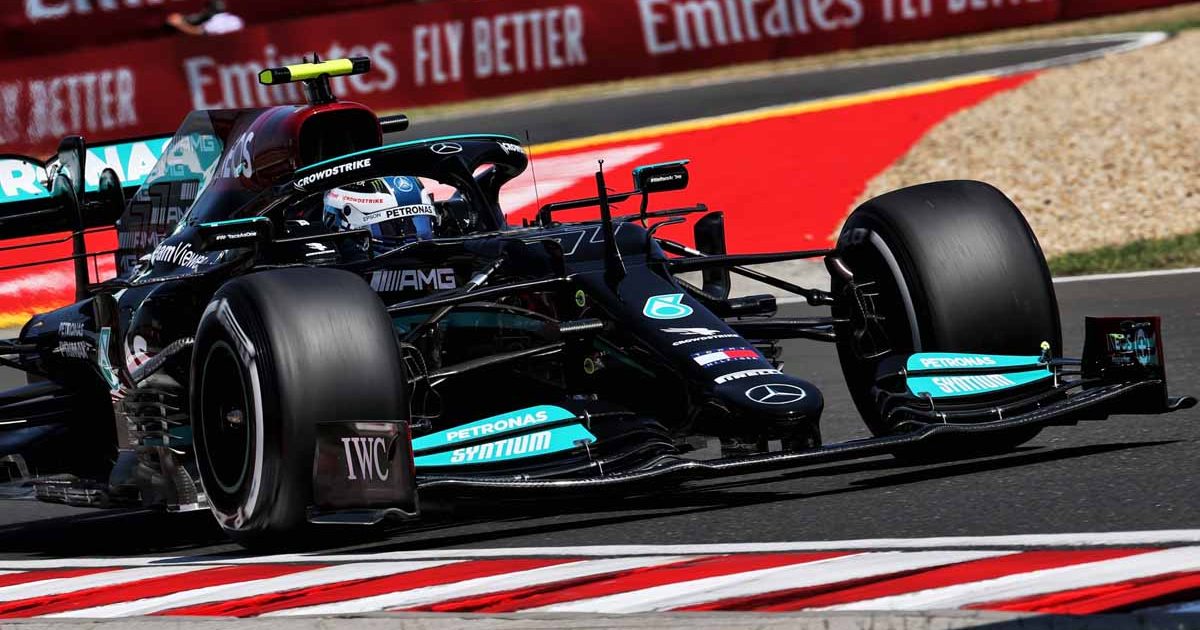 Max Verstappen could not repeat his FP1 outing as he slipped behind both Mercedes cars to take P3, with Red Bull team-mate Sergio Perez well off the World Championship leader’s one-lap pace, but he still took P5 in the session.

Both Alpine cars of Esteban Ocon and Fernando Alonso had a turn of pace by taking fourth and seventh respectively, but neither Ferrari could get inside the top 10 and the McLarens of Lando Norris and Daniel Ricciardo ranked P9 and P13 – sandwiching Charles Leclerc and Carlos Sainz.

Temperatures were searing in the sun at the Hungaroring and the majority of the drivers wasted no time in getting out on track to complete their early runs.

Familiar faces appeared at the top of timesheets as both Mercedes and Red Bull cars traded fastest lap times on the medium and hard tyres, with track temperatures searing at over 60°C on Friday afternoon.

After Yuki Tsunoda took heavy damage earlier on in FP1, his time in the second practice session was almost completely wiped out while his AlphaTauri mechanics continued to work on his car as the other cars were running.

As drivers swapped to the soft tyres for their qualifying, there was an enormous difference in lap times compared to the mediums – with some lapping upwards of a second faster than their previous best efforts, which would potentially have ramifications in qualifying in forcing front-running cars to start on the softs, rather than their usual preferred strategy based around the mediums.

Bottas set a 1:17.012 to lead Hamilton by 0.027s after the qualifying runs, with Verstappen almost three-tenths back, before a big gap to the Alpine of Esteban Ocon in P4.

The drivers were mostly running smoothly through the session, with Lando Norris being the only driver to explore the limits by finding the chicane of Turns 6 and 7 tricky on a couple of occasions – dipping a tyre on the grass on the exit of T7, followed by a snap of oversteer that saw him jump over the sausage kerb to rejoin the track.

Race simulations took over and Hamilton had a couple of oversteering moments of his own, seemingly not quite at one with his car after going off at the sweeping right-hander of Turn 11 – but he slowed himself down in time to avoid the barriers.

The cars got in as much running as possible in the Hungarian sunshine, and Tsunoda just about managed to get out in time for one flying lap, putting himself P17 – but he will have a lot of work to do to get up to pace in time for qualifying.

(All fastest times set on soft tyres, except Nikita Mazepin on mediums)