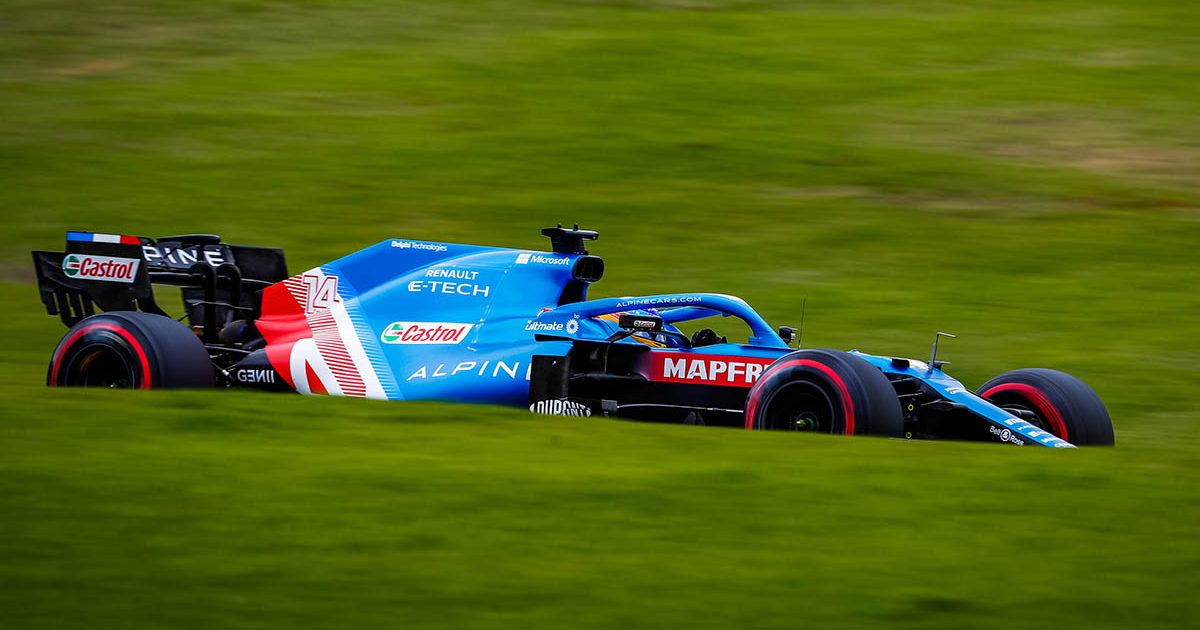 Fernando Alonso topped second practice at the Sao Paulo ahead of Saturday’s sprint, but there was more attention being paid to what was happening off the track rather than on it.

FP2 was started and completed with the Formula 1 world still awaiting word from the FIA after first placing both Lewis Hamilton and Max Verstappen under investigation on Friday night after qualifying.

Back on track, Alonso was a full eight tenths clear of Max Verstappen at the top of the timesheet, but barely anything meaningful can be extracted from the times given qualifying has already taken place and there is a sprint ‘race’ to come.

As a result, race simulations runs were a priority for many.

Sergio Perez set the early pace, 1:13.219, ahead of Yuki Tsunoda as the drivers made a slow start to the session. Unable to change the cars after qualifying, FP2 on a sprint race weekend is perhaps one of the most point-less of the entire season.

Verstappen, still awaiting news of his parc ferme infringement hearing at the time, was the first of the championship protagonists out on track, a 1:12.102 for the Red Bull driver as he pipped Perez by a full second.

Hamilton ventured out some five minutes later, the reigning World Champion’s W12 sporting a different spec rear wing to the one that was still sitting at the stewards’ office. He headed out on the soft tyres, the same compound as Verstappen was running, and clocked a 1:14.865.

That's our lot for practice at Interlagos! Now all eyes turn to #F1Sprint…#BrazilGP 🇧🇷 #F1 pic.twitter.com/9sxKNBWFPm

With just under 20 minutes on the session clock, Alonso lowered the benchmark significantly with 1:11.238 on the soft tyres, moving eight tenths clear of Verstappen who, at the time, was deep into his race simulation run.

The main observation after looking at Verstappen’s on-board footage was the RB16B seemed to be enjoying the slight raise in temperature compared to Friday, with the World Championship leader experiencing very little in the way of understeer.

Bottas and Hamilton were all the way down in P18 and P19 respectively with seven minutes left on the clock, but the latter improved to P8 with 1:13.263 as higher-fuel runs continued to be the main focus up and down the grid.

Bottas would shoot up to P4 inside the final five minutes on the soft tyre, while Hamilton found further improvement to rise up to P5, just behind his team-mate.

And there was still time left on the clock for Bottas to find more gains, but he was still over a second slower than Alonso’s tentative benchmark as the chequered flag waved.

Shortly after the end of the session, it was announced that Verstappen was to be fined €50k for touching Hamilton’s rear wing, but his title rival’s punishment was far more severe, with the seven-time World Champion being disqualified from qualifying and being forced to start the sprint from the back of the grid as a result.