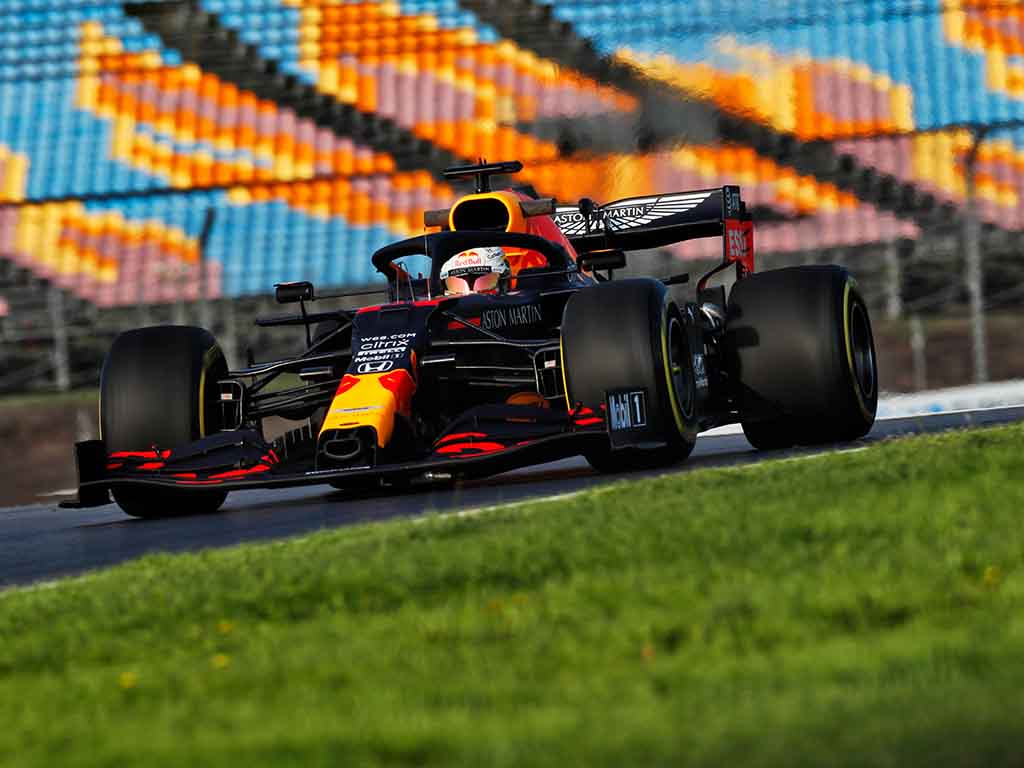 Friday practice belonged to Max Verstappen and Red Bull in Turkey as the Dutchman topped both sessions at Istanbul Park.

On a track which finally showed some signs of being rubbered in, Verstappen topped the session with a 1:28.330. Charles Leclerc was four tenths behind in P2, while Mercedes pair Valtteri Bottas and Lewis Hamilton finished P3 and P4 respectively.

A combination of a wet track, a new surface, hard tyres and low temperatures made for a very tricky and unrepresentative first practice session on Friday morning.

The drivers re-emerged on Friday afternoon hopeful of getting a better feel for this much-loved race track but there was still some very twitchy feet on the throttle in the initial stages.

Setting the early, tentative pace was Alex Albon, who sat top of the timesheet after the opening 30 minutes with a 1:30.872 on the board. Sitting six tenths behind him was Hamilton in P2 and marginally further back was Verstappen in P3.

After all the drivers came through their opening stints unscathed, it was time to see if this slippery track was now in a more suitable condition for some qualifying simulation runs to take place.

Unsurprisingly, the drivers were not initially finding a whole lot of improvement switching to the softer red-striped tyres as Leclerc was only able to shave a tenth off Albon’s previous best to move up to P1.

Leclerc reported the softs “were so bad” as they were starting to grain really quickly on this circuit which was simply refusing to cooperate with these Formula 1 cars.

As Vettel shot up to P2, four tenths behind Leclerc, Sainz crept up inside the top 10 but was another driver to report that the soft tyres were “ripping apart” after just one lap.

All eyes switched back to Red Bull and Albon as he set purple times in all three sectors to set a new benchmark of 1:29.627 after numerous push-slow-push-slow laps.

Verstappen narrowed the gap to his team-mate to a mere 0.007s and Leclerc also found further improvement to be just 0.017s off Albon’s pace in P3.

Both Verstappen and Leclerc were not finished there. The Dutchman pumped in a 1:28.984 to sit top but was promptly dislodged by Leclerc who took a two-tenth chunk out of Verstappen’s new personal best.

The duo were still not finished trading places as Verstappen found another four tenths on Leclerc to sit P1 once again with a 1:28.330.

The Mercedes pair of Valtteri Bottas and Lewis Hamilton were also improving, but their times only good enough for P3 and P4 respectively.

The race sim runs passed without any major spins, although George Russell did have a little moment with his FW43 continually snapping through the famous Turn 8.

All best times set on softs.