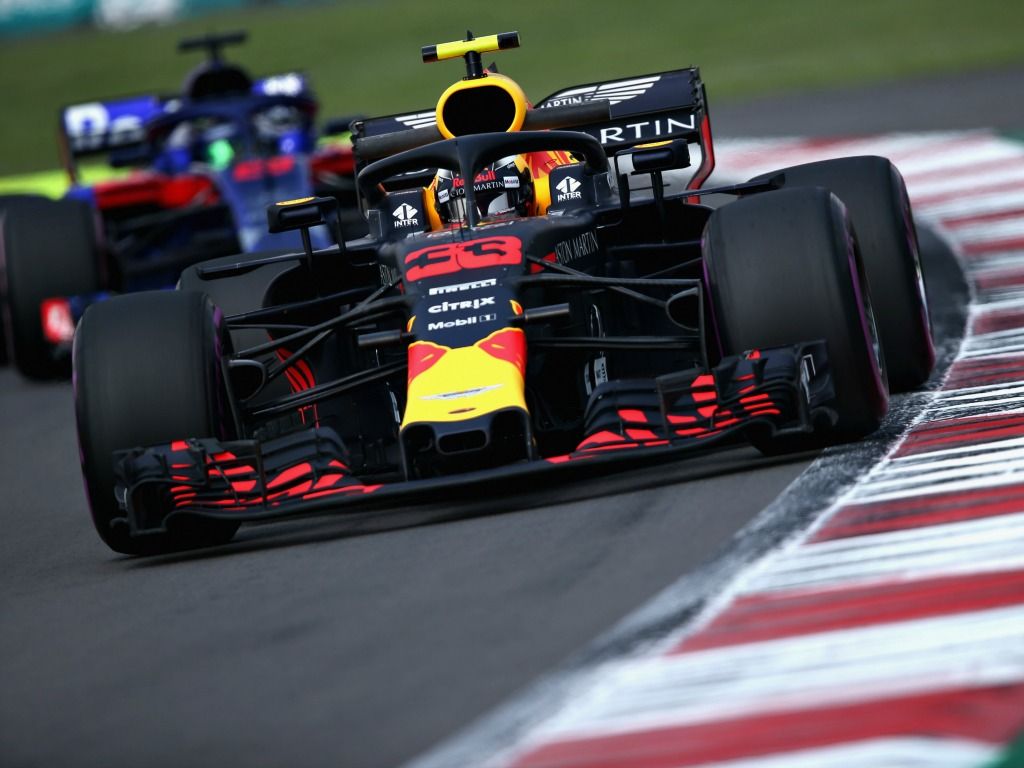 Max Verstappen continued to set the pace in Mexico City, but the RB14 would suffer yet another power loss to tarnish a productive session.

The Renault engine generally appeared to love high altitude conditions as Verstappen, Daniel Ricciardo, Carlos Sainz and Nico Hulkenberg all finished in the top five in FP2; the Dutchman quickest of all with a 1:16.720 on the hypersofts.

But Verstappen’s session ended on a sour note as he suffered from a complete power shutdown during his high-fuel runs.

Loss of power for @Max33Verstappen and his session is over 😐

He leaves the track in P1 on the timesheets ⏱️#MexicoGP 🇲🇽 #F1 pic.twitter.com/1MpIEF3Nl0

Sebastian Vettel was also in the top five, but both Ferrari and Mercedes noticeably struggled to get to grips with the tyres on a blistering hot track.

Vettel was 1.2 seconds off the pace. Lewis Hamilton, down in P7 and behind the Toro Rosso of Brendon Hartley, was a tenth further back.

Not everyone with Renault power was having a good Friday, though, as McLaren were languished down in P15 and P19.

Track temperatures rocketed up to 46 degrees as FP2 got underway with a full complement of Formula 1 drivers; Esteban Ocon, Fernando Alonso and Charles Leclerc all back in their respective cars after handing over to the reserves on Friday morning and Pierre Gasly involved for the first time after undergoing an engine change in FP1.

After working solely on the ultrasoft tyres in first practice, an eager Ferrari began their afternoon work with the supersofts – the slowest compound available this weekend.

Hamilton also began his first stint on the supersofts and immediately dislodged Vettel, going quicker by a couple of tenths.

Brendon Hartley, Sergio Perez and Verstappen all popped up in P1 in a frantic opening to the session as the ultras and hypersofts were also on show to begin with.

Ahead of the qualifying simulation runs on the hypersofts, it was Verstappen and Red Bull continuing to set the standard with a 1:17.437.

That target was still firmly in place after Ferrari’s opening laps on the hypersofts. Vettel wrestled with a troublesome SF71H to only get within half a second of Verstappen’s best and a huge lock-up from Raikkonen at Turn 1 ruined his first hot lap.

Raikkonen’s second attempt only put him within six tenths of the Dutchman. Fellow Finn Bottas could only muster up a 1:18.1 on his first hypersoft lap.

There was not much cause for excitement after Hamilton’s first attempt either as he was six tenths off the pace. Both Sainz and Hulkenberg in the Renault cars a tenth quicker than the five-time World Champion in waiting.

Verstappen then upped the ante by pumping in a 1:16.720 but he still wasn’t happy with the car, reporting it was “all over the place” despite being comfortably in the quickest car we have seen thus far this weekend.

Ricciardo then got to within a tenth of his team-mate to further showcase the strength of the RB14 and, rather surprisingly, the Renault engine.

During the high-fuel runs, Vettel continued the complaints about the hypersofts, which were struggling to maintain grip for barely one lap.

All was running smoothly for Red Bull, too smoothly it turned out as Verstappen’s session came to an abrupt end with a sudden power loss.

The Renault power unit summed up in two pictures. pic.twitter.com/kTOxeRFC6V