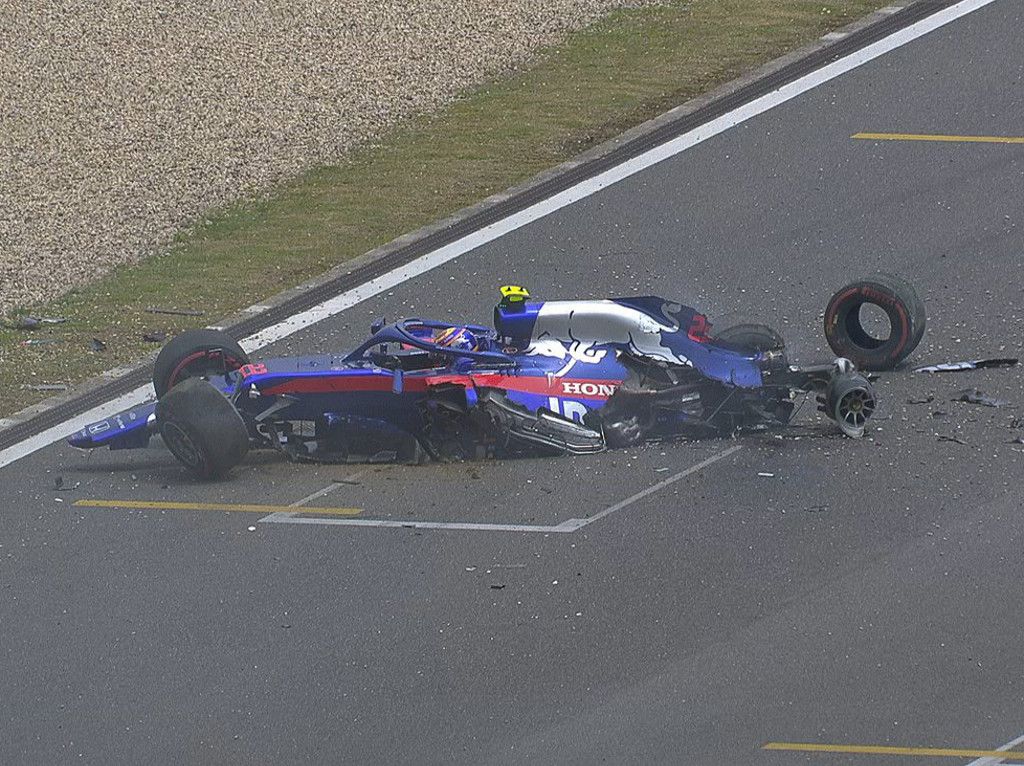 Valtteri Bottas put in a late run to beat Sebastian Vettel to P1 in final practice for the Chinese GP, a session in which Alex Albon brought out the reds as he crashed heavily.

Another glorious day greeted the drivers as FP3 got underway at the Shanghai International Circuit with the track temperature up to 38’C.

Robert Kubica, watched on by Patrick Head and deputy team boss Claire Williams, clocked the first time of the session, a 1:37.220.

10 minutes later the benchmark time was down to a 1:33.222 thanks to Sebastian Vettel, who was running the soft Pirellis.

Mercedes, who opted for the medium tyres, lined up second and third at the halfway mark with Lewis Hamilton 0.734s down on Vettel.

While Mercedes ventured out for a second run, Vettel remained put in the Ferrari garage with mechanics surrounding the rear left of his SF90.

There was also work going on at the front of the car by the nose with speculation that it was a telemetry issue that the Scuderia were working on.

Whatever the issue was, Ferrari sorted it out and the German returned to the action where he was on course to improve his time only to get it wrong.

With Vettel unable to improve it was left to those behind to catch him and catch him they did.

His time would go unchallenged as Albon crashed heavily on his qualifying simulation lap.

The Toro Rosso driver got it very wrong at the final corner and destroyed his STR14. He, thankfully, climbed out the car unaided.

I don't think that'll be fixed for qualy… pic.twitter.com/dRJZxtL3px

The red flags were waved and FP3 came to a premature end with Bottas quickest ahead of Vettel and Leclerc.

Hamilton, who locked up on his hot lap, was fourth ahead of Nico Hulkenberg and Kimi Raikkonen.