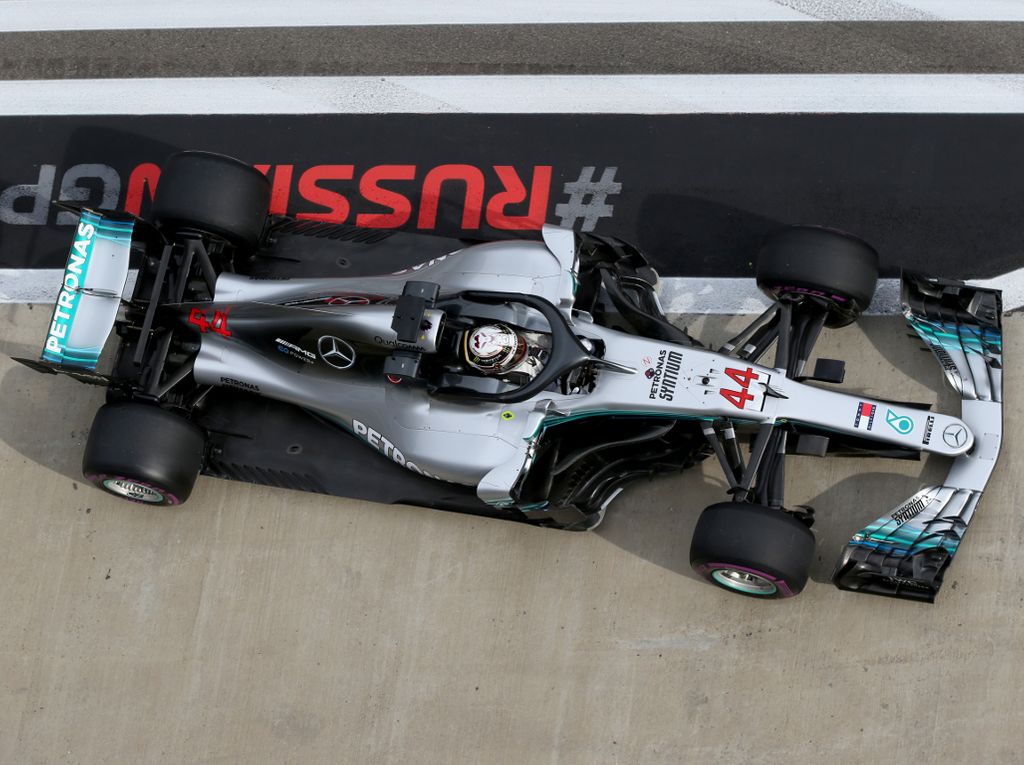 Lewis Hamilton put down a blistering 1:33.067, a new lap record, to top a Mercedes 1-2 ahead of qualifying for the Russian GP.

Conditions were near perfect as the Formula 1 drivers took to the Sochi Autodrom for the start of final practice on Saturday.

F1’s only Russian driver – at least for now as Toro Rosso have re-signed Daniil Kvyat for next season – Sergey Sirokin got proceedings underway with a 1:37.704.

Ferrari held down the early 1-2 as Sebastian Vettel, who struggled a bit on Friday afternoon, posted a 1:33.859 to sit 0.4s ahead of Kimi Raikkonen.

The duo, though, soon dropped down the order as Mercedes went 1-2 with Lewis Hamilton two-tenths up on Valtteri Bottas.

Mercedes and Ferrari engaged in a tussle over P1 as all four drivers spent time up in top spot.

It's heating up in Sochi 🇷🇺

Ahead of a second run both Ferrari SF71H’s underwent several changes to the rear suspension of the car.

Despite that Vettel had a nightmare first hot lap out of the pits as he ran wide several times before aborting his lap.

That ensured he finished FP3 at the top of the timesheet, 0.245s up on Bottas. Vettel was third but a massive 0.6s down.

Vettel’s session ended with the German parked at the end of the pit lane as Ferrari mis-timed a run, sending him out for a final lap only for the red light to come on.

Raikkonen was fourth fastest for Ferrari ahead of the Red Bulls of Max Verstappen and Daniel Ricciardo.

Charles Leclerc was best of the rest with Esteban Ocon, Kevin Magnussen and Sergio Perez completing the top ten.