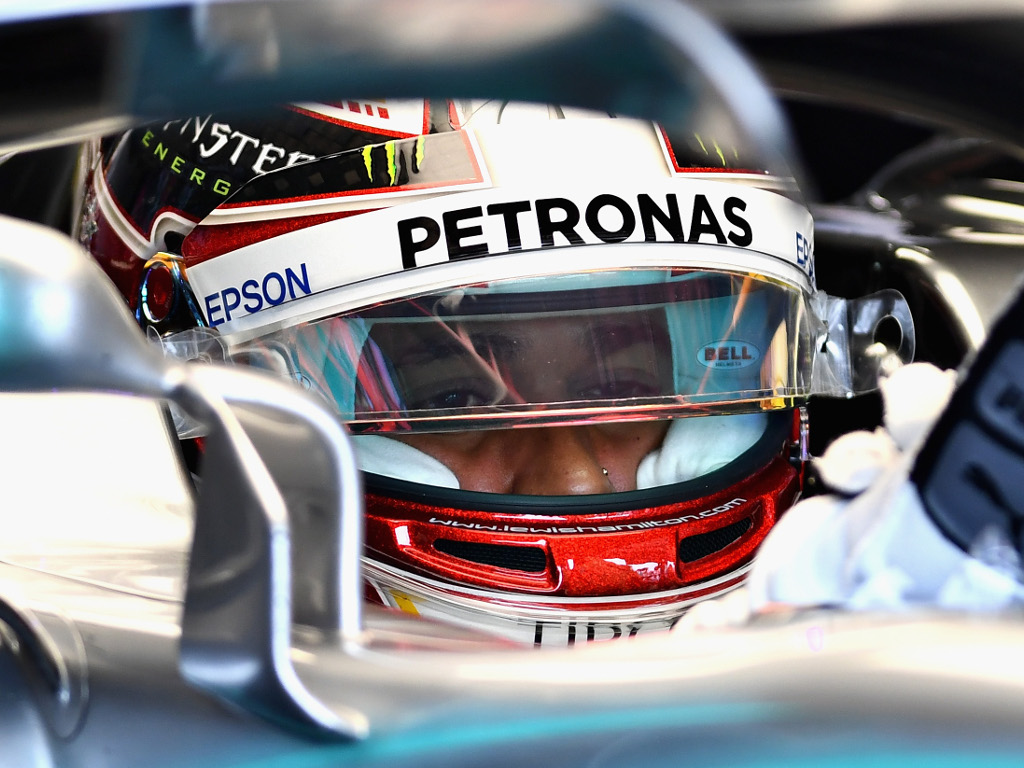 Lewis Hamilton went from P20 before the rain arrived to P1 after it had abated to claim the practice hat-trick at the Japanese GP while Nico Hulkenberg crashed heavily.

Damp and windy conditions awaited the drivers at the start of Saturday’s final practice for the Japanese Grand Prix with the gusting winds, especially a tail wind at the Esses, set to be a big challenge.

With rain in the air, the drivers were quickly out on track with Ferrari holding down the early 1-2. A 1:30.054 for Kimi Raikkonen.

The rain arrived shortly after with Lewis Hamilton one of three not to set a time in the dry.

The downpour resulted in everyone heading back in the pits with Raikkonen fastest of all and Hamilton P20, some five seconds off the pace after suffering a heavy lock-up.

The rain didn’t last long with the sun breaking through the clouds and the wind helping to dry out the circuit.

That resulted in Valtteri Bottas heading out halfway through the session on the supersoft slick tyres, his run leading to others taking to the track.

Raikkonen added his name to the list of those getting tripped up by the gusting wind as Ferrari ventured out on new supersofts.

Ben: "Oh and off has gone Raikkonen. Another little error from the Ferrari driver." 😮

The Finn skips through the gravel and luckily avoids the barriers 😬

He is still fastest, but the times are slowly beginning the improve as the track dries out 👀#C4F1 🇯🇵 #JapaneseGP pic.twitter.com/4H5HidZbf5

But while the Ferrari drivers struggled with stability, Hamilton found the sweet spot in his W09 and laid down a 1:29.599 to beat Vettel by 0.116s.

The Mercedes driver tried for a second hot lap on his supersofts but was two-tenths down in the first sector alone.

The session was red flagged moments later as Nico Hulkenberg had a big crash at the Esses, destroying the rear of his Renault.

Renault face a race against time getting his RS18 ready for qualifying.

The session ended with Hamilton quickest ahead of Vettel, Raikkonen and Max Verstappen. Valtteri Bottas was next in line with Daniel Ricciardo P6.

Best of the rest went to Esteban Ocon ahead of Sergio Perez, Carlos Sainz and Kevin Magnussen.