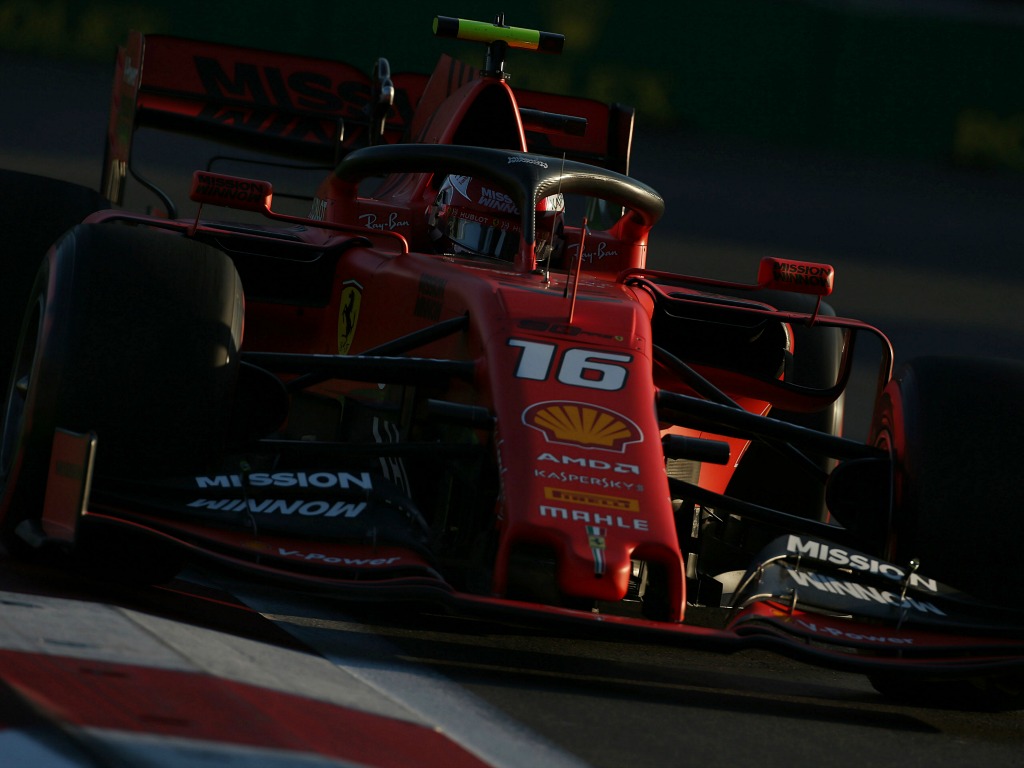 Charles Leclerc secured a practice hat-trick for himself and Ferrari ahead of qualifying for the Azerbaijan Grand Prix in Baku.

Leclerc upped the ante with a 1:41.604 in the final stages of FP3, with Sebastian Vettel 0.198 seconds adrift of his team-mate. Max Verstappen rounded off the top three, 1.2 seconds off the pace.

The Mercedes duo of Valtteri Bottas and Lewis Hamilton were P4 and P5, both roughly a second-and-a-half behind the leading Ferrari of Leclerc.

We were back to a full complement of Formula 1 drivers with George Russell re-emerging from the Williams garage with a brand-new FW42 chassis. A loose drain cover completely wrecked his car on Friday and forced him to miss FP2.

The installation laps passed without any major incidents and Pierre Gasly, who will be starting from the pit lane on Sunday after missing the call to come into the weigh bridge, got one of the first timed laps on the board – a 1:49.605.

But he soon made way for the usual Mercedes v Ferrari which Hamilton was winning after the first 15 minutes. He set a 1:43.929 on his second hot lap to have a four tenth advantage over Leclerc. 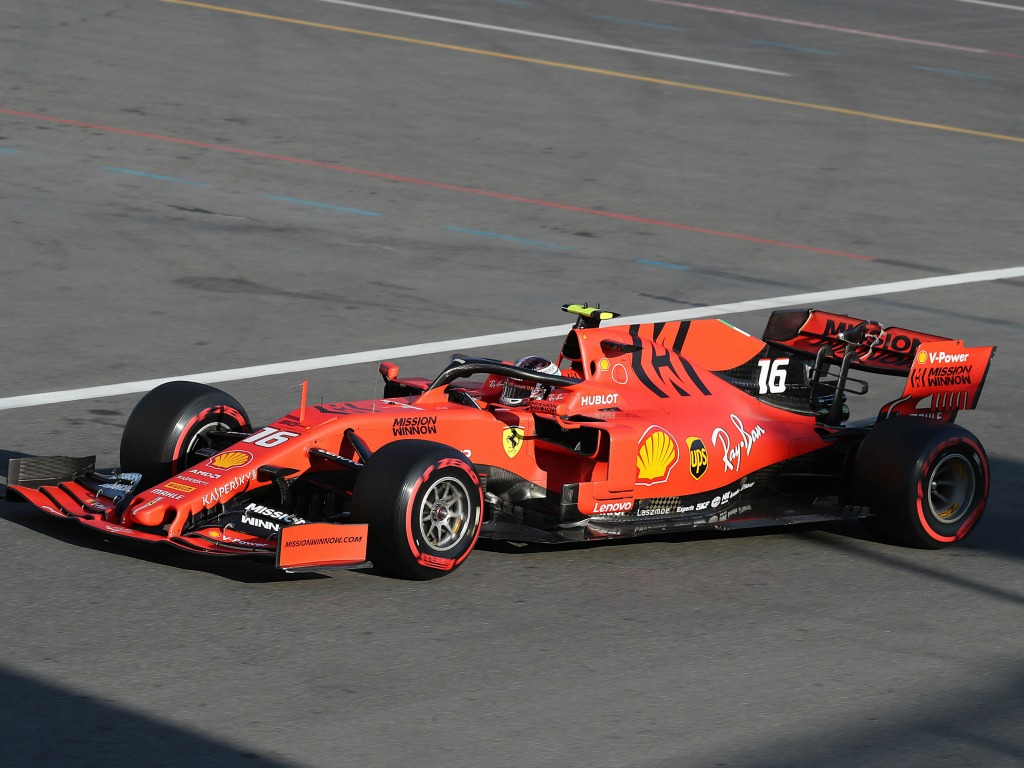 The Monaco driver, on the quicker soft tyres compared to Hamilton’s mediums, immediately responded by going purple in all three sectors and shaving 1.3s off the Brit’s best.  The new benchmark a 1:42.638.

At the halfway point, Vettel was three tenths down on his team-mate and Hamilton, down to P3, was six tenths behind on the slower tyre compound.

After some final race simulation runs, it was time for one last attack on the timesheet. Hamilton swapped mediums for softs but could only get within half a second of Leclerc’s best on his first effort. The same could be said for Bottas in P4 as well.

While Hamilton made a mess of his second attempt, Verstappen shot up to P2 by narrowing the gap to Leclerc to two tenths…but not for long.

That is because Leclerc, with the engine more than likely turned up a little, nailed his next hot lap with a 1:41.604. Traffic ensured that Vettel could only get within a couple of tenths.