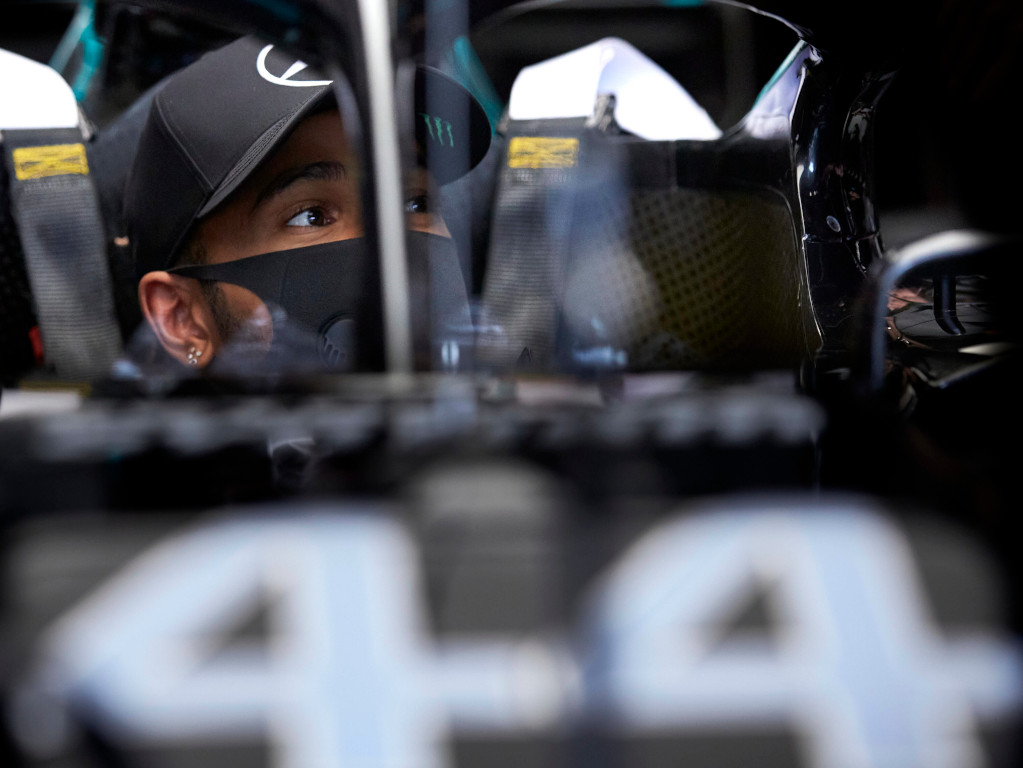 Lewis Hamilton won the battle of the traffic jam to claim P1 in FP3 at Spa while Sebastian Vettel had no pace, finishing P20.

Laying down the laps in what could possibly be the final dry session of the weekend, Kevin Magnussen opened the scoring with a 1:45.9 with Romain Grosjean clocking a 1:46.2. Haas will be hoping Friday’s engine woes are a thing of the past with the team-mates covering all of 27 laps the entire day.

K-Mag setting purple sectors all round the track! 🔵🔵🔵

Magnussen and Grosjean were the only two setting times in the first 20 minutes, covering six laps apiece, as the rest of the field waited for the track to rubber in following heavy overnight rain.

20 minutes in and it became a mad dash to get out onto the track with all but four drivers taking to the track in the space of two minutes. Alexander Albon immediately beat the Haas drivers’ times before he too was dropped by, you guessed it, the Mercedes team-mates.

Valtteri Bottas, running the soft tyres, went quickest with a 1:43.8 with Lewis Hamilton sliding into second, 0.6s down on his team-mate. Max Verstappen split the W11s, 0.083s slower than Bottas’ best.

After a cool down lap Hamilton tried again. Although he upped his pace, he stayed third. Halfway through the session Sergio Perez was fourth ahead of Esteban Ocon and Lando Norris.

Ferrari were again having a difficult day with Charles Leclerc down in 13th place and Sebastian Vettel even further back in 17th.

The Scuderia was again losing time in the middle sector with Leclerc 1.6s on Bottas in sector 2. Given that he was only 1.8s adrift of the Finn overall, it highlighted how far down on horse power Ferrari is.

Ferrari have opted for the higher downforce setup today by the looks of it (right). @Charles_Leclerc tried a Monza level of downforce yesterday (left) which had no T-Wing, a cut upper flap on the front wing and an ironing board level of wing at the rear. pic.twitter.com/y6805UystQ

Daniil Kvyat was having issues with his brakes, reporting to AlphaTauri that he “cannot attack” because his brakes are “poor”. He was 11th, make that 12th as his team-mate Pierre Gasly climbed to fifth place.

A few drops of rain began to fall with 20 minutes to go but five minutes later the drizzle had dissapated. Welcome to Spa!

The drivers, however, still stayed in their respective garages until one by one they can out with eight minutes remaining in the session. All of them, with most doing slow out-laps causing a traffic jam and drivers near the back to come to a near standstill.

“OMG, what a joke” was George Russell’s assessment.

Esteban Ocon hit the front in the Renault with a 1:43.4 but that was soon beaten by Hamilton with a 1:43.2. Bottas and Verstappen both had traffic issues.

Ferrari ended FP3 with Leclerc 17th and Vettel P20. Could both Ferraris be out in Q1? Possibly.