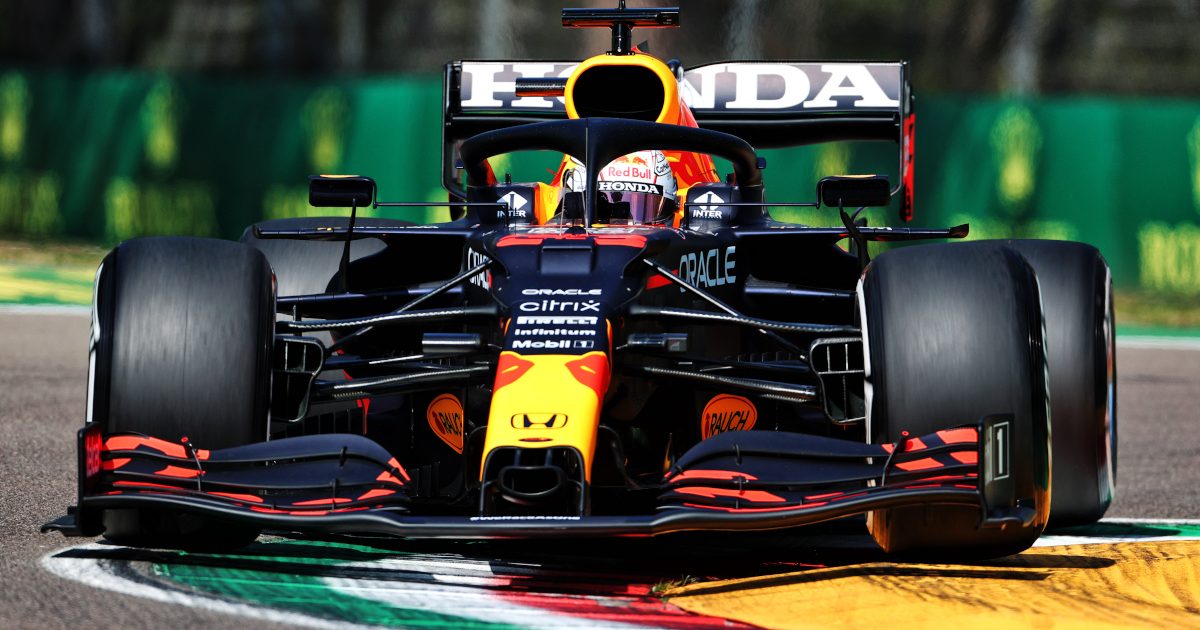 Max Verstappen pulled one back against Mercedes in FP3 at Imola where 13 drivers had lap times deleted for track limit violations and Nicholas Latifi crashed.

Track limits and lost lap times dominated Saturday’s final practice for the Emilia Romagna Grand Prix, and did so almost from the very first minute.

F1 race director Michael Masi announced on Saturday morning that he had revised the track limits for the Imola week, stating that from final practice the track limits would no longer be enforced at Turn 13, while drivers were also free to run across the kerbs at the Varianta Alta chicane. Turns 9 and 15 would still be monitored.

It was Turn 9 that proved to be the difficult one for the drivers.

Kimi Raikkonen understeered midway through Turn 9 on the very first lap of the morning, his out-lap, and had his time deleted.

Hamilton stepping over the line, too 👀#ImolaGP 🇮🇹 #F1 pic.twitter.com/0eJK9FIP43

The session was red flagged with midway through the hour as Nicholas Latifi went skidding through the gravel and into the barrier at the Variante Villeneuve.

Latifi kept the car running, reversed out of the barrier and made his way back to the pits with a broken front wing. The session restarted after a six-minute stoppage.

Latifi slides into the barriers coming out of Turn 5 💥

The Williams driver gets going again and limps back to the pits #ImolaGP 🇮🇹 #F1 pic.twitter.com/6ho5y6N4VJ

Ferrari, Mercedes, Red Bull, AlphaTauri and McLaren were all in the hunt for the fastest time with five different teams in the top six slots.

Leclerc setting the pace midway through the session before he lost P1 to Perez, who in turn was beaten by Bottas. The P1 time down to a 1:15.984.

Verstappen, who had a big moment Turn 13 where he was launched off the kerb and went airborne, bounced back to go quickest but soon lost out to Gasly and then Hamilton with Norris in the McLaren fastest with 10 minutes to go. His time a 1:15.414.

Antonio Giovinazzi had a late spin while Yuki Tsunoda let Perez know he thought about him holding him up. “F*** Perez, he doesn’t even look! It’s f**king paradise – traffic paradise – what is this one?” said the AlphaTauri rookie.