Home News FP3: Max’s turn to get the better of Bottas 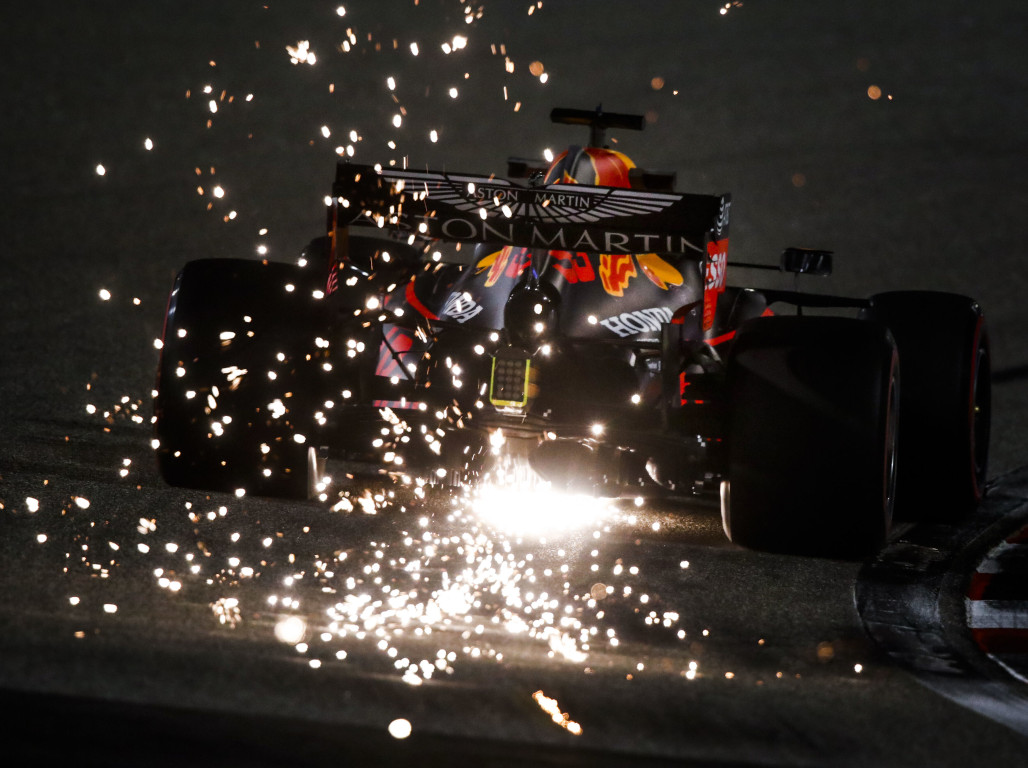 Valtteri Bottas briefly thought he would get his first P1 at the Sakhir circuit in final practice only for Max Verstappen to pip him.

After George Russell’s Friday lock out, the pressure was on Bottas to assert himself over the substitute Mercedes driver.

While the Mercedes lads took their time, rookie driver Pietro Fittipaldi got the timesheet rolling with a 56.5 in the Haas. He shaved three-tenths off that before a lock up at Turn 1 flat-spotted his tyres and sent him back into the pits.

Fittipaldi is set for a grid penalty on debut with Haas taking a new energy store and control electronics for his car’s power unit, taking him over the season limit.

Pietro getting in plenty more experience laps whilst the track is empty.

He was the only driver to even put in a lap, never mind set a time, in the first 15 minutes… and then the rest came out one after the other creating a traffic jam into the final corner.

It was all change at the front as Bottas, Russell and Verstappen entered the fray, immediately taking the top three spots the timesheet. Bottas on the softs did a 54.8s with Russell a tenth down and Verstappen, using the hard tyre, 0.2s down. And then the Red Bull driver spun, losing it at Turn 2.

A busy couple of minutes!

Bottas headed into the pits before returning to the track and putting in a 54.5s. The Mercedes driver, just in case he wasn’t yet aware of the traffic issues around the 3.5km circuit, found himself having to pause as he exited the pits to wait for a gap in the traffic.

Bottas was 0.477s up on Russell at the halfway mark with Verstappen third ahead of Daniil Kvyat, Pierre Gasly, Leclerc, Ricciardo, Alex Albon, Carlos Sainz and Sergio Perez.

Vettel was the first of the big names to head out for a qualifying simulation, the German taking advantage of a clear track to bounce from P15 to P2. He was, however, still three-tenths slower than Bottas’ best. Asked if he wanted to do one more after a cooldown, the German said he was “quite happy” with that lap but “wanted to try” another.

And then came the traffic jam as the rest of the field opted to pretty much head out in one big group with 15 minutes to go.

Verstappen came through it okay, better than okay, as he clocked a 54.064 to top final practice by two-tenths ahead of Bottas while Gasly jumped up to third place.

Ocon was fourth ahead of Norris, Albon, Russell, Perez, Lance Stroll and Sainz.

There was concerning news for Vettel late in the session with the German parking 10 minutes before the end, Ferrari confirming a precautionary engine change between FP3 and qualifying.