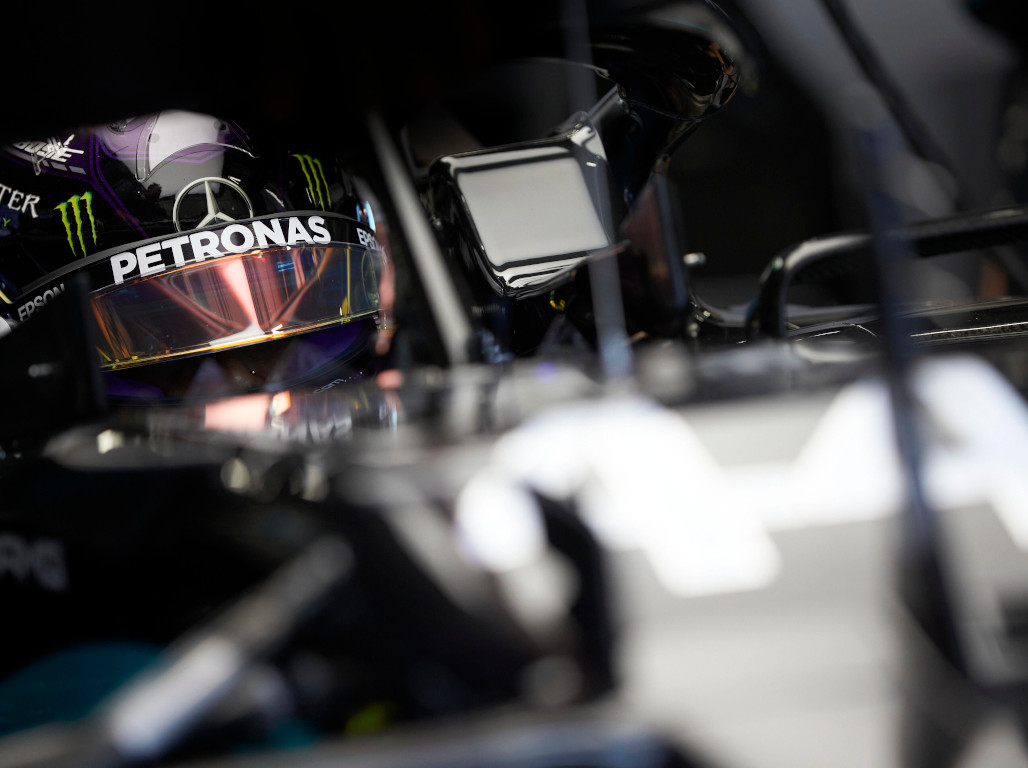 Mercedes bagged the practice hat-trick for the Spanish GP, doing it with yet another 1-2 as tyre wear and seeing how far the drivers could push dominated the programme.

The session was brought to an early end when Esteban Ocon crashed his RS20 with three minutes remaining in the session.

The Frenchman had to take avoiding action when Kevin Magnussen on a slow lap moved to the centre of the track as Ocon closed in fast.

He turned right and went nose first into the wall.

The one up down side to racing at the Barcelona circuit is, at least for the drivers, they all know the track very well. The one big down side for the fans, it all too often means a slow start to a practice session. It was just that on Saturday.

"Lads, are we going out there or not?" 😉⏳#SpanishGP 🇪🇸 #F1 pic.twitter.com/cnD9tkyEEH

Only three driver bothered with installation laps in the first 10 minutes of FP3, one of which was Romain Grosjean whose Haas mechanics broke curfew on Friday night to replace his engine after Friday’s power loss.

Lando Norris clocked the first time of the session, a 1:19.6 on the medium tyres, before Kimi Raikkonen on the softs went quicker, but only just as Alfa Romeo continue to struggle. Raikkonen stated prior to this weekend’s race that there is “no easy fix” and that it will take “time” for Alfa Romeo to recover.

20 minutes in and only Raikkonen, Norris and Antonio Giovinazzi had set times as the track temperature climbs to a steamy 45’C.

The Mercedes finally made their arrival with Valtteri Bottas putting in a slow out lap on the soft tyres before going quickest with a 1:17.9 with Lewis Hamilton’s first attempt putting him 0.35s down on his team-mate. Charles Leclerc, on the medium tyres, was third in the early running but almost a second down on Bottas’ P1 time.

Six laps into his run and Daniil Kvyat reported that his soft tyres “weren’t good any more”. A lap later he added that the “tyre is completely gone”.

Max Verstappen waited until half the session was gone before venturing out of the pits, doing so on the soft tyres and immediately going third fastest. He was half a second down.

After a slow cool down lap Verstappen put in another hot lap, improving his time and closing the gap to Bottas to 0.189s. Hamilton also improved to stay second, 0.106s behind Bottas.

Problems over at Renault as Esteban Ocon was told “that was a problem with… doesn’t matter. Box this lap please. It’s not the gearbox.”

With 20 minutes to go both Ferrari and Mercedes left the pits on fresh soft tyres. Personal bests for Sebastian Vettel saw him move up from 16th to fifth before Leclerc went from seventh to fifth, half a second up on his German team-mate.

As for Mercedes, Bottas went purple in the middle sector to lower his benchmark time to a 1:17.3. That, though, wasn’t enough to keep Hamilton at bay.

Nicholas Latifi had a go at Verstappen for blocking him, saying the Red Bull driver “complains about people blocking him all the time, he’s not any better”.

Traffic on his final lap meant Verstappen had to settle for third, 0.515s slower than Hamilton with Carlos Sainz fourth quickest.

His Renault team-mate Ocon didn’t fare as well as he crashed late in the session, taking the nose off his RS20 as he tried to avoid the Haas of Kevin Magnussen.