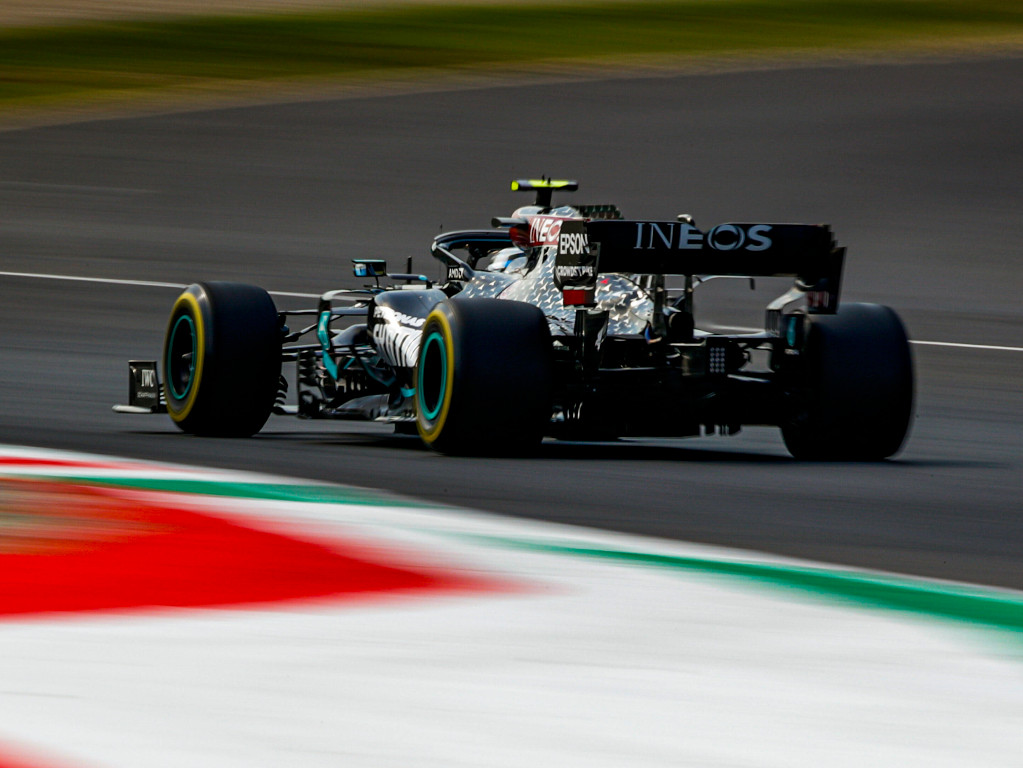 Valtteri Bottas made it a clean sweep of the practice timesheets at Mugello, setting the pace in FP3 ahead of, you guessed it, Max Verstappen and Lewis Hamilton.

Formula 1 could not have asked for a more perfect day in the beautiful setting of the Tuscan hills with the air temperature at 27’C and the track at 40’C for the start of Saturday’s final practice.

Bottas, Friday’s pace-setter, was immediately out on the soft tyres and laid down a 1:17.4 as he embraced the track limits, or best to say lack thereof.

It was a quiet start to the session with Bottas the only driver clocking a lap time in the first 20 minutes… and then of course there was a rush to get out.

Ferrari were amongst those joining the action with Charles Leclerc sliding into second but that became third when Lewis Hamilton went quickest with a 1:17.4, 0.022s up on Bottas.

Sebastian Vettel wasn’t able to match his team-mate, some 1.4s down on Leclerc and almost 2.4s slower than Hamilton. Ferrari were running the medium tyres.

Romain Grosjean had a moment in the traffic, unhappy with the behaviour of one of the Alfa Romeos that he felt was in his way.

Bottas returned to P1 with a 1:17.2 with Max Verstappen, one of the last to post a lap time, jumping up to second, 0.059s down on the Mercedes driver. Hamilton dropped to third.

Only George Russell didn’t set a time in the first half of the session, the Williams driver completing an installation lap before returning to the pits with a reported brake problem.

“Completely to the floor,” was Russell’s assessment as he slowed down in the pits.

A brake issue for #GR63 is restricting his running, but #NL6 is pushing on with his programme.

Putting in a second hot lap on his medium tyres, Verstappen lowered the benchmark time to a 1:17.1.

He wasn’t up in P1 for long, though, as Bottas ventured back out on a fresh set of soft tyres, a 1:16.5 up him six-tenths ahead of the Red Bull driver.

Hamilton went second, 0.083s off the pace, as he once again wasn’t able to match his team-mate through the middle sector.

Lance Stroll moved up to third ahead of Verstappen while Italian GP winner Pierre Gasly brought out the yellows when he ran wide as he lost the rear end of his AlphaTauri while turning in. The Frenchman had popped up into ffith on his previous lap.

Verstappen put in a late lap on the soft tyres, even putting wheels onto the grass, to split the Mercedes in second place. He was 0.017s down on Bottas and 0.066s faster than Hamilton.

Stroll finished fourth ahead of Gasly, Sergio Perez, Leclerc and Alexander Albon. Vettel was down in 18th place.