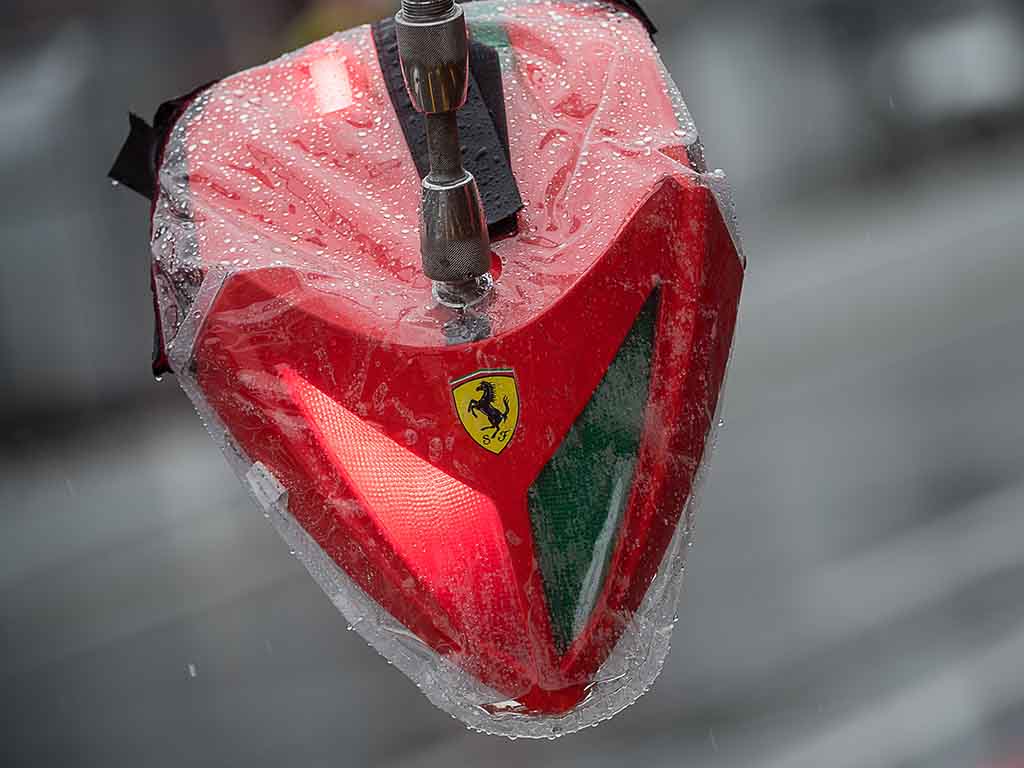 Formula 1 has three main alternative options if the rain prevents FP3 and qualifying happening on Saturday at the Red Bull Ring.

The heavy rain has arrived at the Styrian hills and has already forced the Formula 3 race to be red flagged during the event.

The ever reliable forecast suggests the rain will be around all day and so the rest of Saturday’s schedule is at risk of being completely washed out.

With that in mind, there was a little more urgency from most during FP2 on Friday afternoon just in case that particular timesheet was used to form Sunday’s grid.

That is one of three options on the table for Formula 1 as they look to react to the weather gods.

“The latest forecast is not looking great, there’s an 80% chance of rain in FP3 at the moment and likelihood of very heavy showers throughout,” said FIA race director Michael Masi.

“There’s lots of options to put it simply. If a worst-case scenario was to come about, we’ve already had a look and qualifying could take place on Sunday morning.

“If we had a complete washout on Saturday, free practice three and qualifying didn’t take place and hypthetically qualifying couldn’t happen on Sunday morning because of weather, we would revert back to free practice two times.

It does appear that a Sunday morning qualifying would be the most likely option if Saturday is rained off as a drier, cooler day is in store for race day.

If FP2 did end up setting the grid, here is a reminder of the classification from Friday afternoon in Styria.

Just as FP3 was about to ‘begin’, the FIA confirmed the start had been ‘delayed indefinitely’ and was subsequently cancelled.