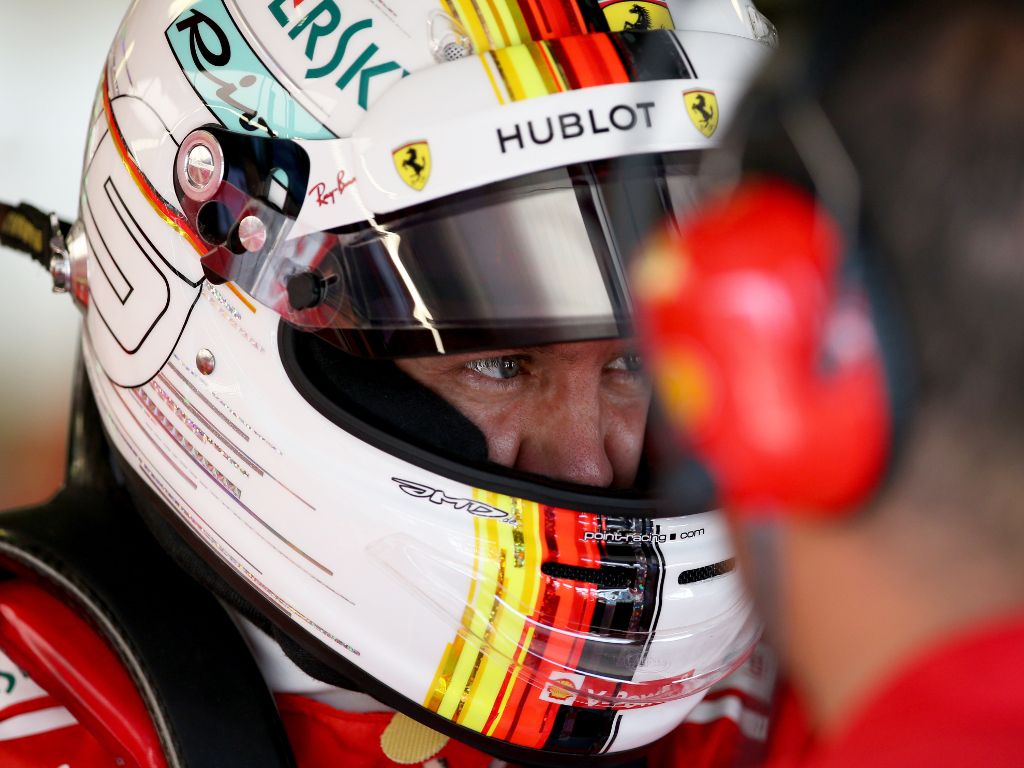 Sebastian Vettel set a new lap record in the heat at the Hungaroring while Mercedes found the going a bit tough in final practice.

Another sweltering hot session awaited the drivers as FP3 got underway at the Hungaroring with the track temperature up to 51’C.

Kimi Raikkonen clocked the first lap time of the session, a 1:17.110, a quick start given that Sebastian Vettel topped Friday’s second practice with a 1:16.834.

Running the ultrasoft tyres, Vettel responded to his team-mate’s time and a brief challenge from the Mercedes drivers with a 1:16.343 – he did so despite running a bit wide.

Lewis Hamilton lined up fourth, 0.944s down, as he complained of brake vibrations.

He wasn’t the only one with brake issues as Charles Leclerc asked Sauber to “please” look at his brakes as he felt the rear ones were too cold.

Daniel Ricciardo went fifth quickest on the ultras while Max Verstappen held down sixth place on the soft Pirellis.

Both Red Bull drivers had moments in the traffic with Ricciardo almost meeting Kevin Magnussen while Leclerc was left waving apologetically to Verstappen.

So much waving this morning in Hungary!

Leclerc and Verstappen greet one another at Turn 1 👋👋#HungarianGP 🇭🇺 #F1 pic.twitter.com/6LfPv3NV41

A new set of ultrasofts and Raikkonen went purple in the first and second sectors but locked up a bit at Turn 13 which cost him a shot at P1. He did, however, make it a Ferrari 1-2 behind Vettel.

While he was doing that Hamilton was spinning and Bottas was thumping barriers at Turn 6 as he joined his team-mate in spin class.

Both Hamilton and Bottas have spun at Turn 6, with Bottas in particular lightly striking the barrier😮

Vettel is still fastest, however the Silver Arrows are on the pace despite their Turn 6 shenanigans 😋

The session ended with Vettel P1, 0.059s ahead of Bottas, while Raikkonen was third.

Hamilton finished fourth ahead of Ricciardo and Verstappen.

Carlos Sainz put in a late run to claim ‘best of the rest’ ahead of Nico Hulkenberg, Romain Grosjean and Pierre Gasly.