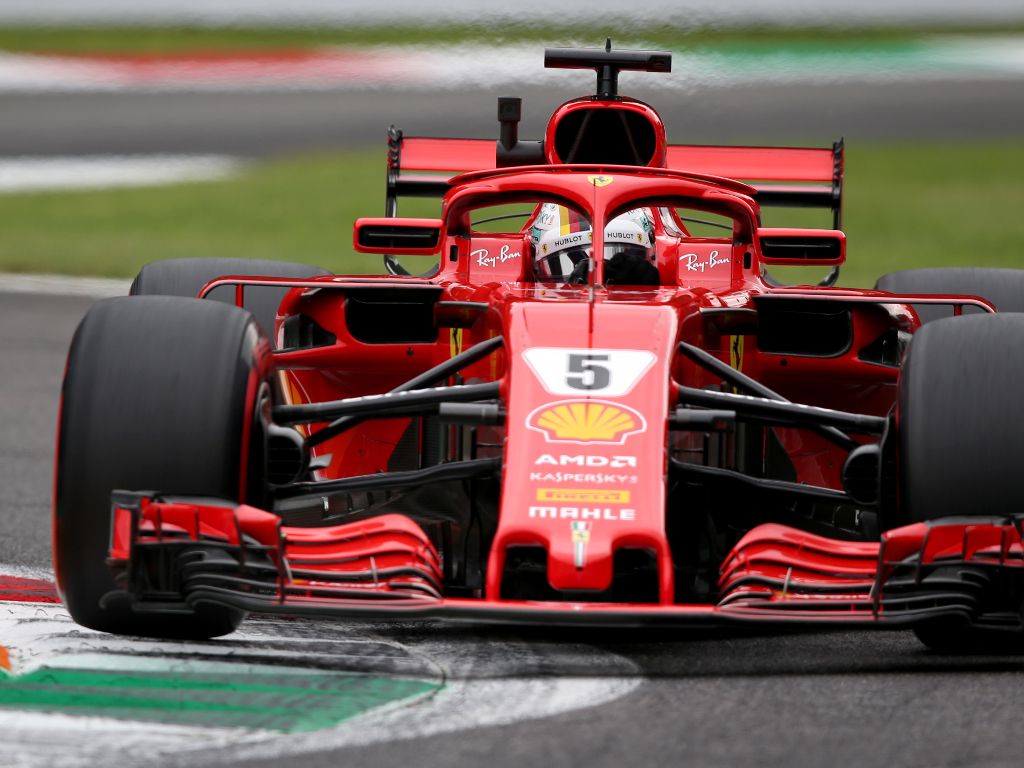 The battle was between Ferrari and Mercedes for P1 in Saturday’s final practice for the Italian GP with Sebastian Vettel emerging victorious.

After Friday’s rain, FP3 got underway on an almost dry Monza circuit as some puddles lingered. There were, however, dark clouds lurking overhead.

Marcus Ericsson was the first man out on track having been given the go-ahead to race by the FIA medical delegate following his high-speed FP2 crash.

Sauber broke curfew on Friday to build him an entirely new chassis with a new engine and gearbox.

McLaren got the timesheets rolling with a 1:25.734 for Fernando Alonso but as the damp patches around the circuit continued to dry out, that was lowered.

Only four drivers set times in the opening 20 minutes of the hour-long session.

Shortly after Kimi Raikkonen went quickest before he was pipped by Lewis Hamilton. A 1:21.392 was the time to beat at the halfway point of the session.

Hamilton lost out to Sebastian Vettel as the Ferrari driver lay down a 1:20.509 as he left the pits on a fresh set of supersoft Pirellis. Raikkonen went second.

While Ferrari and Mercedes fought over P1, Nico Hulkenberg’s session came to an early conclusion due to a DRS issue.

Like Ericsson on Friday, his was stuck open. The good news is he managed to get back to the pits without crashing.

Vettel’s 1:20.509 stood as the time to beat through to the chequered flag with Hamilton closing the gap but only as far as second, 0.081s down. Raikkonen finished third.

Valtteri Bottas was fourth ahead of the Red Bull of Max Verstappen.

Kevin Magnussen was best of the rest in sixth place, finishing FP3 ahead of Esteban Ocon, Daniel Ricciardo, Charles Leclerc and Romain Grosjean.