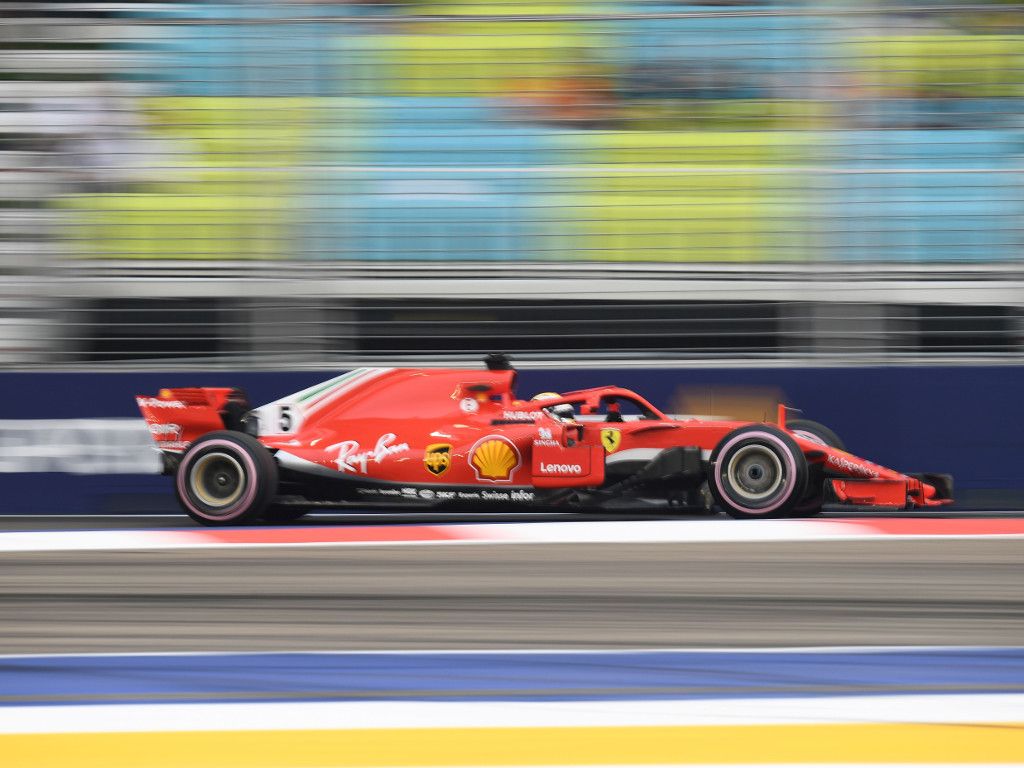 Sebastian Vettel heads in qualifying for the Singapore GP as the man to beat after finishing final practice almost four-tenths up on Kimi Raikkonen.

The drivers arrived at the Marina Bay circuit aware of a new directive from Charlie Whiting, policing the track limits at Turn 7.

A newly painted yellow line on the outside of the kerb marked how far the drivers can go before their lap time is deleted.

Pierre Gasly’s session didn’t get off to the best of starts with the Toro Rosso rookie reporting that his “steering is bent, again.” He was quickly back in the pits to sort that out.

GAS: "Steering is bad again…"
TORO: "Which direction?"
GAS: "To the right… again"

Friday’s pace setter Kimi Raikkonen clocked the first time of the session, a 1:40.012, only to be pipped by Sebastian Vettel. The German went 0.004s faster as Ferrari ran the hypersoft tyres.

With Mercedes heading out on the soft tyres, Ferrari comfortably held down the 1-2 prompting Lewis Hamilton to return to the pits complaining that the yellow tyres were not representative in the heat. He was P16 to Valtteri Bottas’ P4.

Red Bull’s Daniel Ricciardo and Max Verstappen were the last two drivers to set times, waiting up halfway through the session before they left the pits. Ricciardo on the softs went P7, Verstappen was 3rd.

Bolting a new set of hypersoft tyres on his SF71H, Vettel did an extremely slow out-lap before laying down a 1:38.054.

Mercedes were the next to venture out with new hypersofts on their W09s.

Hamilton put in a 1:38.738 to go third fastest with Bottas up to fourth. They were, however, half a second off Vettel’s pace.

Using the hypersofts for their final run, Ricciardo went fifth fastest with Ricciardo P6. They were both over a second slower than Vettel.

Verstappen blamed the “product in the back of this car” for his inability to challenge Ferrari and Mercedes.

Romain Grosjean was best of the rest ahead of Esteban Ocon, Sergio Perez and Fernando Alonso.