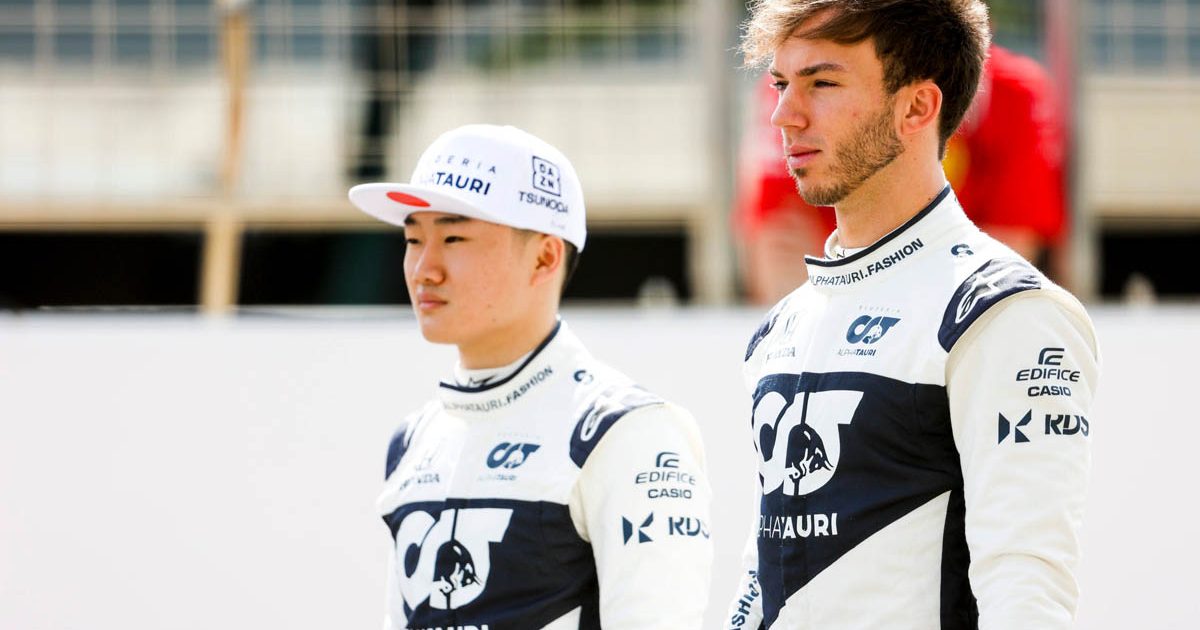 AlphaTauri team boss Franz Tost is planning to keep the same driver line-up for next season, saying there are no alternatives.

Tost’s team headed into the 2021 campaign with a new pairing – Pierre Gasly staying but rookie Yuki Tsunoda replacing Daniil Kvyat as his team-mate.

Few outfits on the grid change their line-up more often than Red Bull’s sister team, but Tost cannot see it happening again for next season.

“I hope we will continue to race with Pierre and Yuki next year. I don’t see any other driver there,” he told motorsport-total.com.

If they did decide to change things or were forced to if Red Bull recalled Gasly, Alex Albon as well F2 and Red Bull academy trio Liam Lawson, Juri Vips and Jehan Daruvala would all be logical contenders for an open seat.

Nevertheless, Tost does not see any of them, or any other driver that could realistically join, as potential alternatives to his current duo.

“I don’t see any alternatives either,” he added.

“Pierre does a fantastic job and Yuki is a newcomer and does a good job. He just has to get the experience and learn a lot.

“But that’s nothing special. It makes sense with a young driver.”

red flag, this one’s on us 🚩 @yukitsunoda07 loses the car at Turn 4 and puts the rear in the wall while running in P9

If AlphaTauri were to drop a driver, it would almost certainly be Tsunoda.

While Gasly has excelled this year, being immensely impressive more often than not, the Japanese driver has struggled to match his team-mate’s pace and has made a number of mistakes.

Tost is not worried though and is confident he will improve next season once he is more familiar with the F1 circuits, many of which he has never driven before.

“Then he also knows the tracks,” he said.

“You shouldn’t forget Yuki doesn’t even know the tracks in the second half of the season.”

The latest of Tsunoda’s mistakes came in Hungary as he crashed out in FP1 after losing control of his car before being knocked out in Q1 in qualifying.

His boss is confident he will not make too many more errors but does not feel it is a huge issue if he does.

“I’m convinced he won’t have many more,” said Tost.

“But we’ll see. He’s a rookie, a newcomer. And when a new driver comes to the team, you have to accept he will make mistakes.”