Home News Vasseur ‘convinced’ he has the right drivers 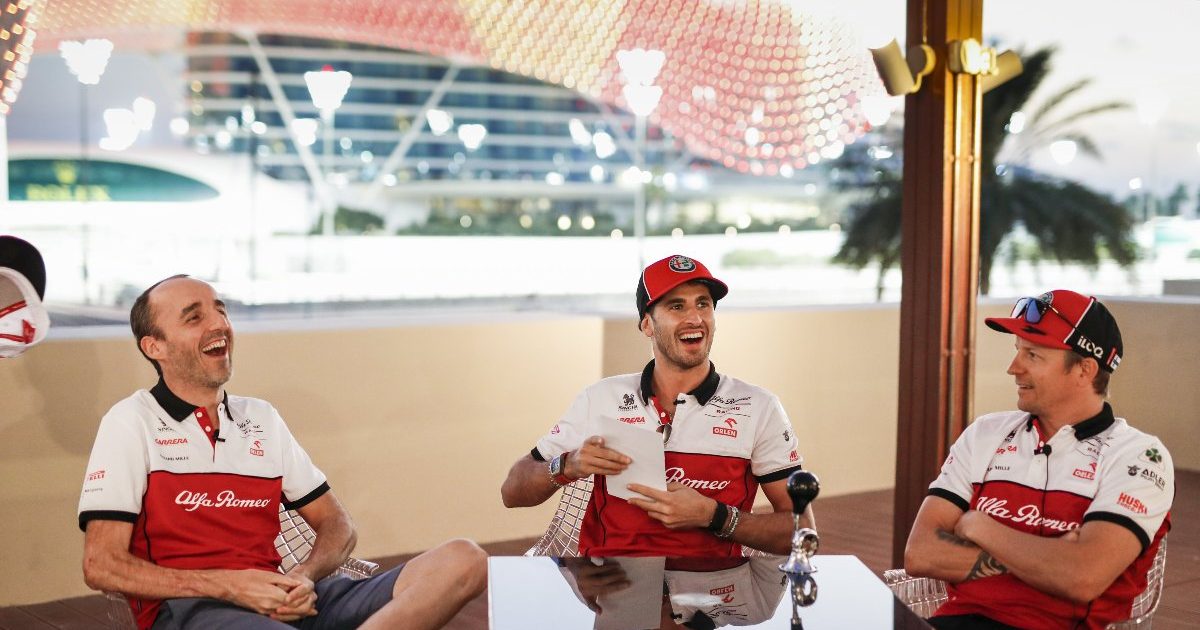 Frederic Vasseur is “convinced” Alfa Romeo have the right drivers in Kimi Raikkonen and Antonio Givoinazzi, with Robert Kubica in reserve.

Throughout the 2020 season, it was widely thought the team would make at least one change for the following campaign.

Some reports suggested Raikkonen would retire and Nico Hulkenberg would replace him, while Mick Schumacher and Callum Ilott were both linked with Giovinazzi’s seat.

Despite Schumacher being selected to drive for the team in an ultimately cancelled FP1 session though, both Raikkonen and Giovinazzi ultimately kept their places.

The Italian staying and the German going to Haas instead was, Vasseur admitted, Ferrari’s choice rather than his own.

“The seat is part of the deal with Ferrari and it was more in Ferrari’s hands and the FDA’s [Ferrari Driver Academy] side to decide the second seat,” the team principal said, quoted by GPFans Global.

“It was more between Antonio and Mick than Kimi and Mick. They took the decision to keep Antonio. We had a couple of discussions. Antonio deserves it also because he did a good improvement compared to last year.”

The Alfa Romeo released tomorrow will be the third Kimi Raikkonen and Antonio Giovinazzi have launched as team-mates.

They're now the second longest-standing pairing on the grid, trailing only the Mercedes duo. #F1 pic.twitter.com/XAj9xGiWxb

Nevertheless, while he may not have fully chosen it, the Alfa Romeo team principal insists that, with the experience of the two and reserve driver Kubica, he is pleased with his line-up.

“I’m really convinced that to have experienced guys – and the combination with Antonio, who is a bit more young, let’s say – it’s a good combination,” said Vasseur.

“With less and less testing, [you] have to be ready when you are going on track, so to have an experienced guy in the car it makes more than sense.

“And regarding Robert, the input he had last year with us…when there was an opportunity [for him] to drive the car in FP1, it was a huge push for us.

“So the line-up is working well and I can’t wait to be at the first [race].”

While Vasseur is happy with Giovinazzi, the feeling may not be mutual if the 27-year-old scores a podium following a bet the two have made.

“I made a bet with Frederic Vasseur – when I reach my first podium place, he can shave my hair,” Racingnews365 quote him as having told Gazzetta Dello Sport.

“I myself will be satisfied with this season if my hair is short at the end of the year because that means I will have been on the podium in 2021.”