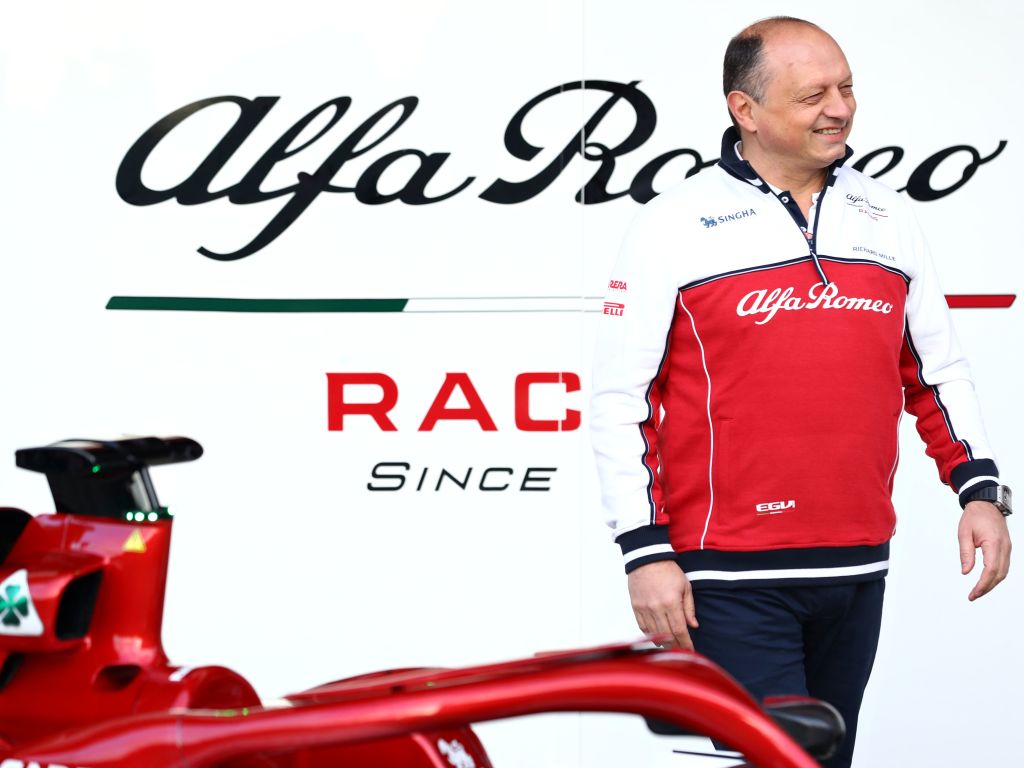 Frederic Vasseur believes that Alfa Romeo and the other small teams will have an easier time adjusting to the budget cap than the big ones.

A cap of $145million will be introduced at the start of the 2021 season in an attempt to bring the teams closer together in terms of performances.

Because of this, they’ll all be forced to cut corners in places in order to reduce their running costs. However, Vasseur thinks this won’t be as difficult for the smaller teams.

“Budget reduction will be a big task for the big teams rather than one for the small ones,” the Alfa Romeo team principal told Auto, Motor und Sport.

“With a stable set of rules, we will experience an approximation of performance. But I didn’t expect us to be ahead of Mercedes or Ferrari from 2022. But it will certainly be easier for us than for the large teams to deal with it.”

One thing not included in the budget cap is driver salaries. Because of this, the top teams will still have an advantage when it comes to signing them.

Zak Brown and Cyril Abiteboul have both said that this needs to change, and Vasseur agrees. However, he doesn’t believe it’s a priority.

“It is difficult to have an upper salary limit for the teams, but not for the drivers, but we have to find the right balance,” he added.

“To be honest, a cost cap for the driver market is not an issue for the majority of the teams. The advantage of this would be to get the teams to invest in young drivers. That would be good for the junior categories and the worldwide pyramid of motorsport.

“It would make sense, I think, but we have to take one step before the next. First, everything has to work – then we think about the drivers.”