Home News Vasseur on Zhou: ‘Not just about Chinese sponsors’ 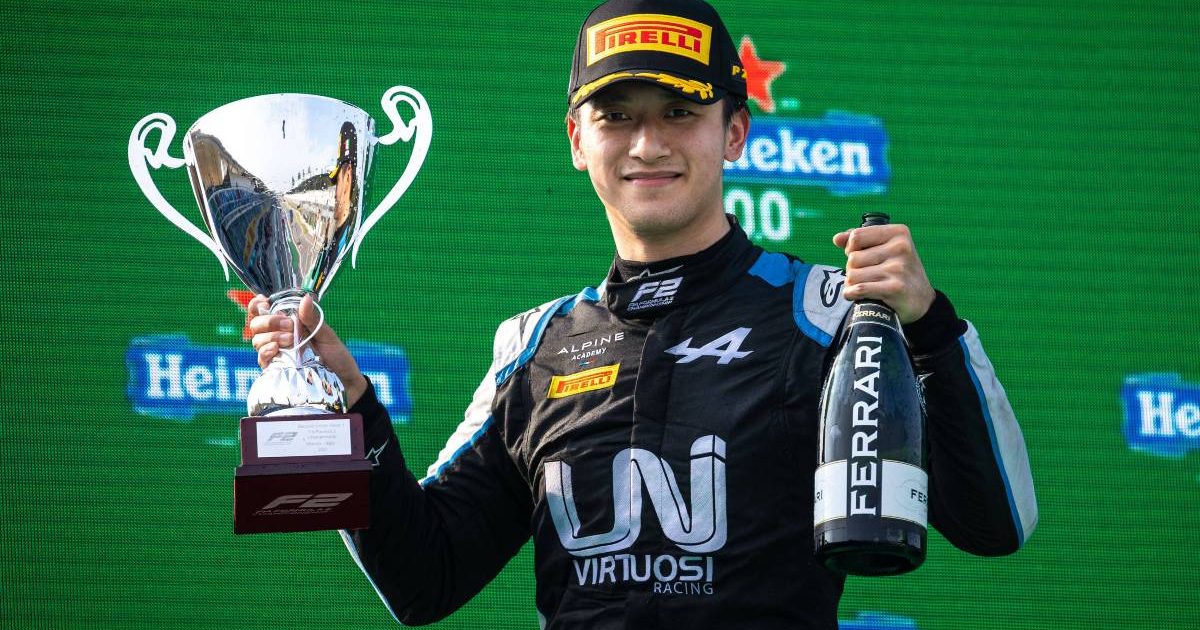 Frederic Vasseur admits Alfa Romeo’s signing of Guanyu Zhou has partially been driven by money – but not entirely.

On exactly the day they had indicated, Alfa Romeo released two news bulletins 15 minutes apart, the first announcing Antonio Giovinazzi would be leaving the team at the end of his third season with them.

The dust had yet to settle when along came another update, that one confirming the widespread expectation that Guanyu Zhou will be taking the Italian’s place for the 2022 Formula 1 campaign alongside fellow new recruit Valtteri Bottas.

Zhou has been part of the Alpine Academy and a Formula 2 racer for the last three seasons, finishing seventh and sixth in the standings and sits second, 36 points behind Oscar Piastri, with six races of this year’s championship remaining.

Piastri is also an Alpine junior driver and having made swifter career progress than Zhou, who is two years older, the Australian could be perceived as the greater long-term prospect in terms of talent.

But the appeal of hiring F1’s first Chinese racer stems from the financial benefits he is able to bring by way of sponsorship, as Alfa Romeo team principal Vasseur has acknowledged.

“The financial side can’t be hidden,” Vasseur told the BBC. “In the end, our sponsors also want to be happy and develop their commitment to the future.

“The first Chinese driver in F1 – it’s mega news for us, for the company, for our sponsors and also for F1 in general.

“A team has to become sustainable at one stage. It is not just about the Chinese sponsors, it is about the exposure we will give to our current partners.

“F1 today is a bit tough. If you are not in the top two plus Ferrari, the exposure is very low and this is probably the best way we will have to move up the classification of exposure.”

However, Vasseur has insisted that is not the only reason why Zhou has been hired.

“I don’t know if in the end he will be a champion or not in F2, but this won’t change the potential that he is a front-runner against some other very experienced guys,” he added.

“He also has the advantage that he was able to do some test days this season in F1, so he is not with zero mileage.”

Vasseur said that while Zhou’s promotion to the big time is good news for the Chinese, they would not have wanted it just to happen for the sake of it.

“For China, it makes no sense to bring someone if the guy is nowhere [on performance]. They want to be successful,” the 53-year-old Frenchman said.

“The most important thing for me is that he is a clever guy because he is always improving from year to year, always doing a better job and putting everything together.”