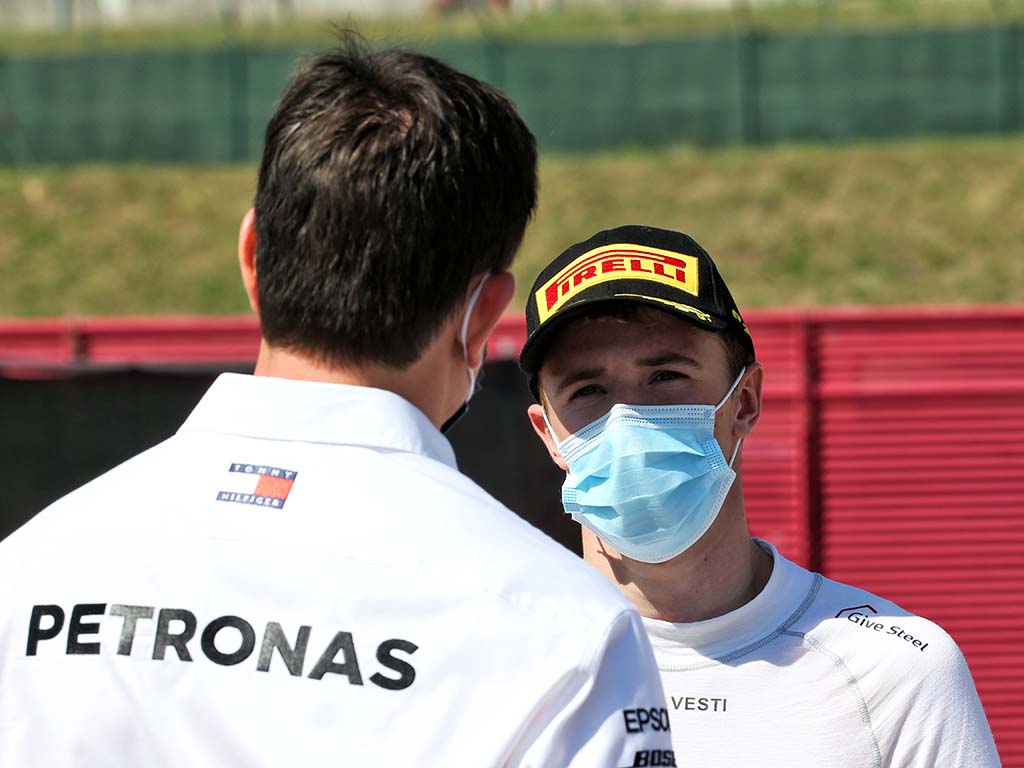 One of motorsports bright prospects, Vesti arguably flew under the radar in 2020 despite taking three race wins on his way to P4 in the Formula 3 standings.

Ultimately the 19-year-old fell short of the title by 17.5 points, one year on from capturing the Formula Regional European Championship crown.

Mercedes though were keeping a very close eye on the Danish driver, and impressed with what they saw, added Vesti to the Mercedes Junior Team.

Instantly that ramps up the pressure, but Vesti doesn’t see it that way, making it clear that with Mercedes comes a “great opportunity”.

“Pressure is always there, ever since you start racing karts, but for me the choice of Mercedes does not mean pressure, rather having a great opportunity to work with a group of extremely competitive and prepared people,” he told Motorsport.com.

“Joining the Mercedes junior programme is a valuable opportunity for my career.

“A deal like this takes time. The team needs to see my growth as a driver, while I need to understand if the team is able to give me all the tools to grow.

“Before signing the contract I had to show all my potential.

“They started following me three years ago, but at the beginning they were only superficial contacts.

“When I started to win we started to talk and they evaluated not only the positive moments, but also how I reacted in the negative ones.”

One day Vesti will surely hope to follow in the footsteps of George Russell who claimed the GP3 and F2 titles back-to-back under the Mercedes programme, working his way into Formula 1 where he is now considered next in line for a Mercedes seat.

And Vesti will get the opportunity to start his own journey this season as he remains in Formula 3, now competing with ART. The goal is to win the title.

“Obviously that is the goal I want to achieve, but to achieve it I have to focus on working as well as possible with my new team, ART Grand Prix, and I will have to get to know all the new members of the team and then sit in the car and go as fast as possible,” he explained.

“At the same time we will have to grow race by race in order to aim for the title.”