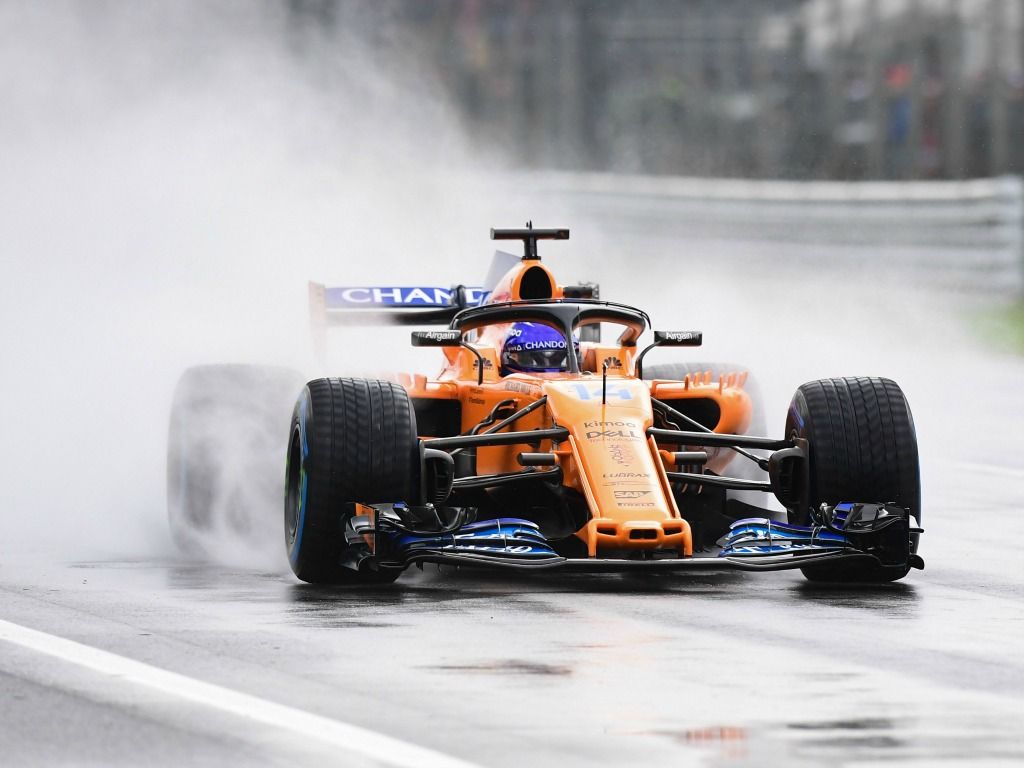 Both Fernando Alonso and Lando Norris have admitted that it will be difficult for the McLaren team to score points at Monza.

Norris deputised for Stoffel Vandoorne in FP1, as he did in place of the two-time World Champion at Spa last weekend.

The Brit, who some believe McLaren are getting ready to take the second available seat in the team for next year, said it was tough out there.

“I don’t think there’ll be any miracles here for us this weekend,” Norris said at the end of Friday’s running.

“We predicted it would be a difficult weekend and practice has already shown that it’s going to be a tough weekend for us here. So we’ll see what we can do tomorrow.”

Alonso was the quicker of the two McLarens in FP2, but they were the slowest two cars out of the 19 who set times, with Marcus Ericsson the only man not to complete a flying lap.

WATCH: Marcus Ericsson has massive crash under braking at Monza

“I think we confirmed more or less that it’s going to be a tough weekend for us as a team in terms of performance,” the Spaniard admitted.

“We lost a couple of runs that we had programmed and we missed the long race pace [run] for example today, so probably we will try tomorrow to repeat it and get that info.”

The 2005 and 2006 World Champion is also suffering from wrist and back pain after his airborne crash at La Source last weekend.

“There’s still some pain sometimes in a couple of corners,” Alonso continued.

“Out of the car, we try to don’t stress the hand and the back too much and be relaxed.

“But on Sunday, I think it’s going to be perfectly OK.”