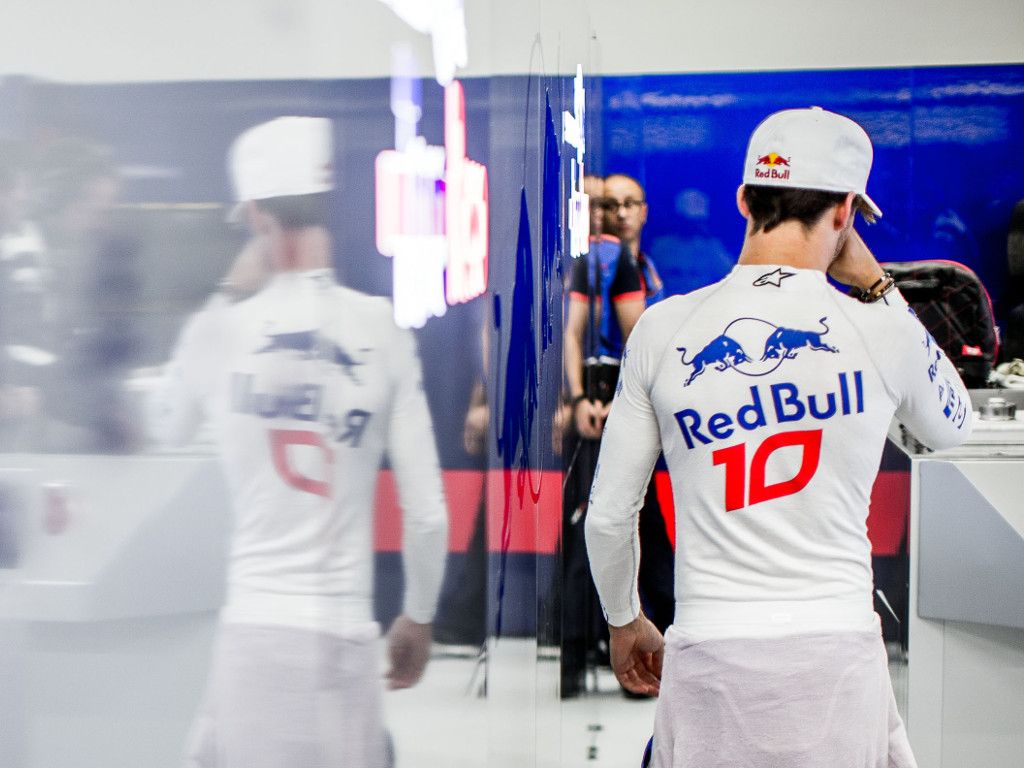 Pierre Gasly has explained he was slowing down to start a hot lap of his own and thought he had a “five or six seconds” gap to Lewis Hamilton, which he didn’t, resulting in their near-miss.

Out on track in first practice for the Japanese Grand Prix, Hamilton had to take action to avoid slamming into the rear of Gasly’s Toro Rosso.

While the Toro Rosso driver was at a near crawl, trying to get a gap before starting a hot lap, Hamilton was on one of his own and travelling at about 300kph.

Gasly was reprimanded for the incident.

“I was really slow because I was preparing my lap and then my engineer told me Lewis was five or six seconds behind me before the quick left-hander,” he explained.

“When I passed it I had a car in front of me really slow, so I slow down as I thought I had time with the five second gap.

“But the thing was I was at 60kph and by the time I got the message that I was five or six seconds and I think Lewis was already down to 3 seconds or 2.5 because he was at 300kph and I was at 60kph.

“By the time I saw him in the mirror coming of course I knew I was screwed already because I was on the left side and to turn [off the racing line] at that point he would be really surprised and there might be something even bigger.

“I tried to close on the left, I even put one tyre on the grass and I think that was the safest thing to do at that point but I blocked him. It was just a bit of a bad situation.”

The reprimand was the rookie’s second of this season meaning he will face a 10-place grid drop if he receives another.

He, however, feels that would be a “harsh” call.

“I was in a bad place but it happens all the time,” he added. “I had it with Fernando in FP1 and a couple of other drivers that don’t get reprimanded so just if you are camera at that time and you get caught and then that’s the kind of penalty you get.

“If I get a 10-place grid penalty for something like this I think it’s a bit harsh. Honestly it was not a big deal in the end I understand that I blocked him but it was not my intention of course.”