Home News Gasly: Red Bull ‘should not get too excited’ 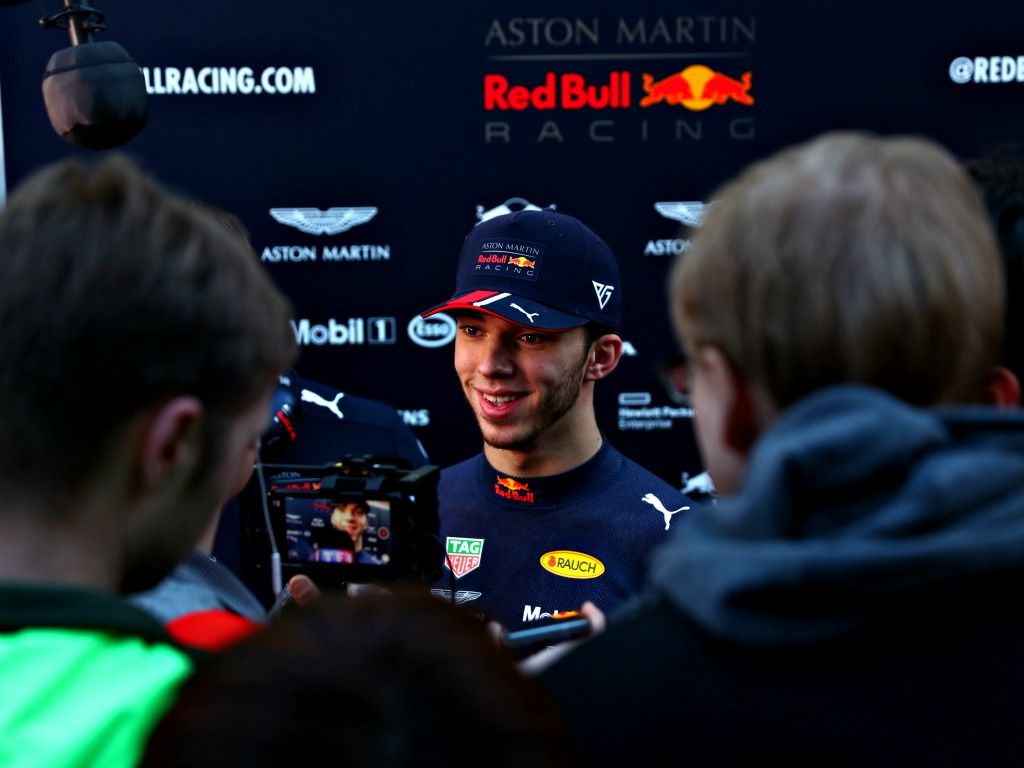 Pierre Gasly was cautiously optimistic about Red Bull’s chances of success this season with Honda power.

There has been lots of positive feedback in the early stages of the Red Bull-Honda relationship, with team boss Christian Horner and motorsport advisor Dr Helmut Marko singing the praises of the Japanese engine manufacturers.

But, even though Gasly kicked off Red Bull’s second test by upping their pace by around a second, he does not want anyone to get too carried away with their expectations.

“I think [the mood within the team] is good but we should not get too excited as well, it’s only pre-season testing,” Gasly told reporters in the Barcelona paddock.

“Everybody is hiding so we just need to try and focus on ourselves and the program we have but so far it’s been good.

“We managed to do a lot of laps which is good for the engine and also for the car.

“I think we know we have some good potential, but we don’t know what the others are doing at the moment, so we’ll just try to improve in the areas where we feel we are struggling a bit at the moment.”

136 laps, great test today. Feeling better in the car lap after lap. Still a lot of test to do in the next 3 days but good progress so far. We keep working 💪 @redbullracing pic.twitter.com/niz5gY3Pap

Gasly also said that the plan is to push the RB15 a little harder with each passing day, but once again urged caution in these early stages.

“Hopefully we still have some performance left but I think we’re just trying to push slightly more every day,” he added.

“We still have three more days of testing and I think we’ll see more performance coming but at the moment we’re just trying to put mileage on the car.

“Clearly the target of the team [to fight Mercedes and Ferrari], but also, we need to stay objective on that.

“Honda is coming in in their first year as our engine manufacturer, so of course, things are not automatic yet.

“We need a bit of time to to get the structure and extract everything from this package but the first few days have been really positive and hopefully, we can keep going like this.”