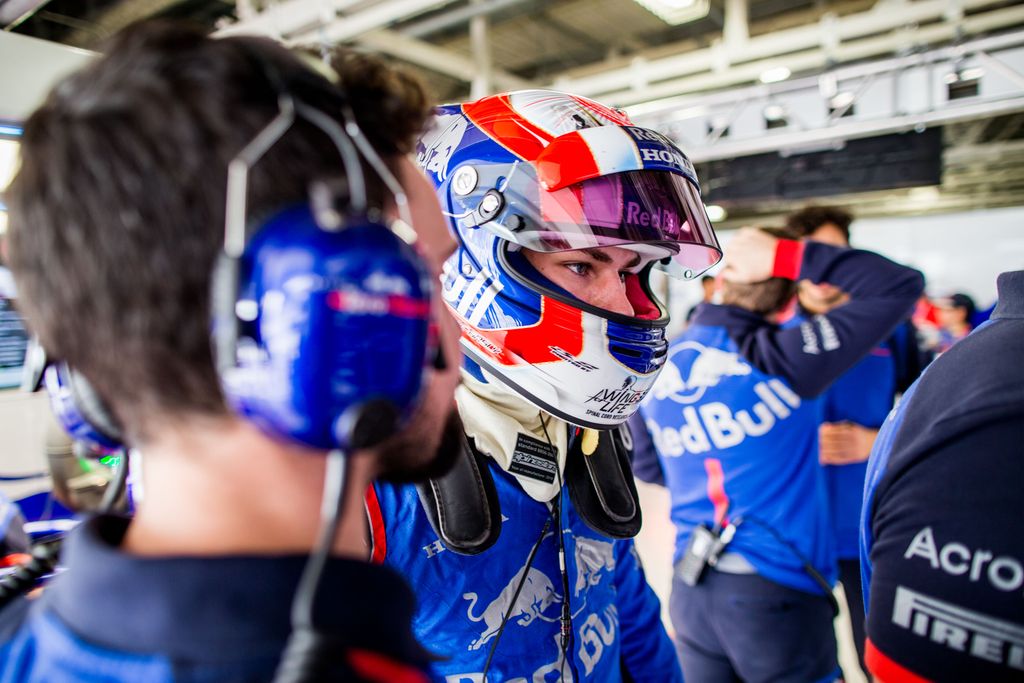 Toro Rosso’s Pierre Gasly is on the verge of a 10-place grid drop after picking up a second reprimand of the season.

Lewis Hamilton, on a hot lap during FP1 at the Japanese Grand Prix, had to swerve to avoid a napping Gasly on entry into the Turn 16 chicane.

The stewards noted the incident and investigated it after the session, where they found Gasly to have impeded Hamilton.

That was a close one 😱#JapaneseGP 🇯🇵 #F1 pic.twitter.com/nmkONVTNjk

“On approaching Turn 16, car No 10 [Gasly] slowed down significantly on the racing line,” read the stewards’ report.

“Car 44 [Hamilton] was approaching at racing speed on a hot lap and had to take evasive action to avoid car 10.

“The driver of car No 10 admitted that he impeded car 44 and acknowledged that he ought to have stayed on the right hand side of the track and had left it too late to move off the racing line.

“As this occurred in free practice we imposed a reprimand on the driver of car No 10.”

That is Gasly’s second reprimand of the 2018 campaign, one more this season and he will suffer a 10-place grid drop.