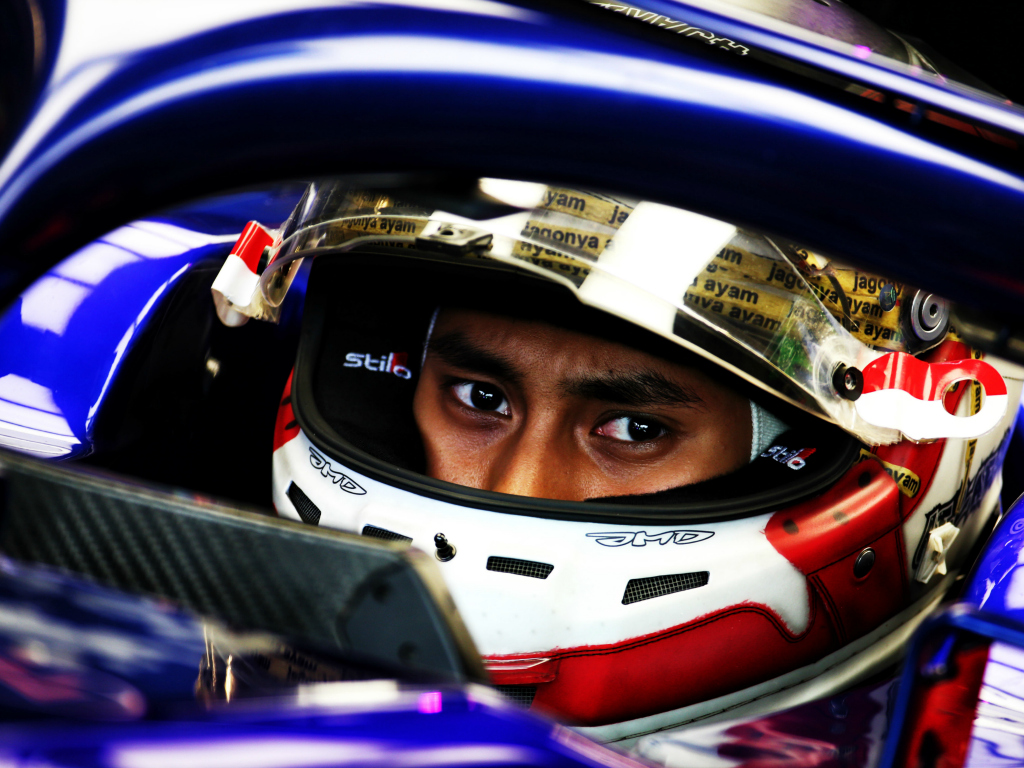 The list of bonkers incidents on the first day of track action in Baku were not just limited to Formula 1. F2’s Sean Gelael got in on the act, too.

While red flags, crashes and comedic recovery operations dominated the Formula 1 action, Gelael got himself disqualified from F2 qualifying after running over two marshals that were pushing him on either flank of his Prema car.

An electrical issue forced Gelael to come to a stop at Turn 7 but was able to restart the engine, knocking over two marshals in the process who thankfully escaped any major injuries.

After reviewing the incident, the FIA stewards deemed that Gelael “restarted his car which resulted in a dangerous situation for the marshals”.

Stewards have made the decision to disqualify Sean Gelael from qualifying results in Baku, after he "restarted his car which resulted in a dangerous situation for the marshals". He will be allowed to race tomorrow, however. #AzerbaijanGP #F2 pic.twitter.com/2ojq39ungU

The statement added: “He was then prohibited from taking any further part in the session. Furthermore, it was decided that he was disqualified from the results, but the Stewards have given him permission to start tomorrow’s feature race from the back of the grid.”

Gelael had not set a time in qualifying at that point anyway, so was due to start at the very back of the grid with or without the scary incident with the marshals.

What a chaotic, hectic day all round!