Home News Russell: Albon being made to look an ‘idiot’ by Red Bull 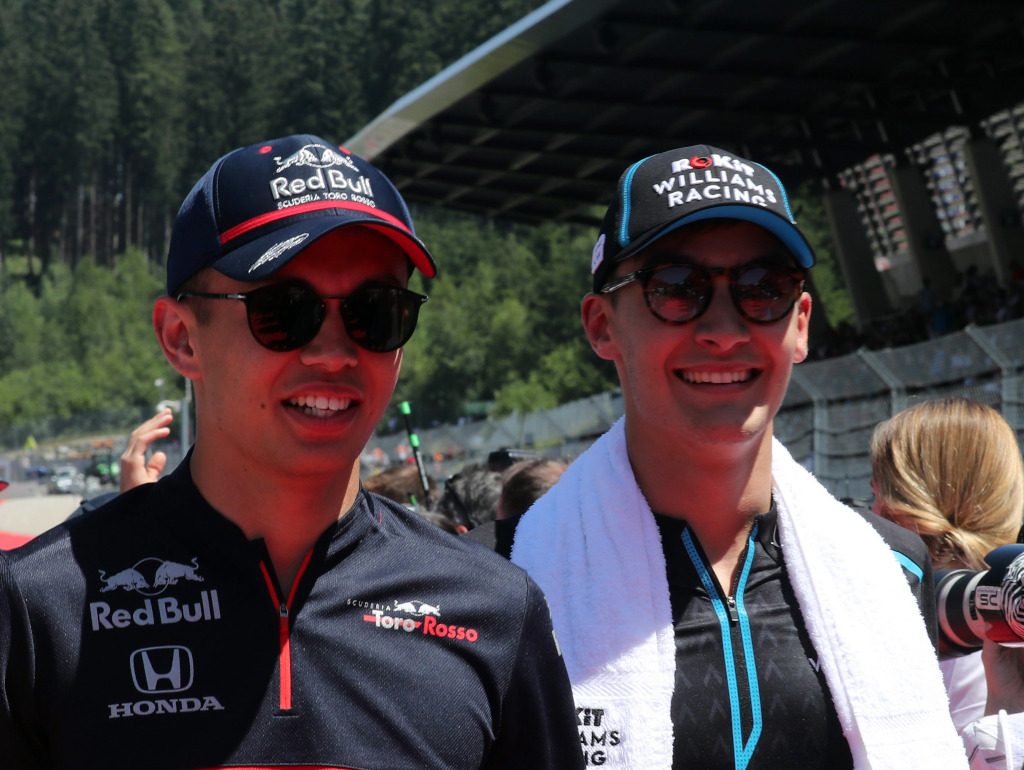 George Russell is far from impressed with the way Alex Albon was treated by Red Bull in Hungary qualifying, saying they are making him look like an “idiot”.

The Thai driver publicly criticised Red Bull over team radio after he was eliminated in Q2 at the Hungarian Grand Prix, saying they had sent him out in traffic even though he had highlighted the issue to the team.

And Russell, who has been with Albon throughout their junior careers and graduation into Formula 1, is not happy.

“I’ve know Alex for the last 15 years, been in the same paddock as him, he is one of the best drivers we all raced,” he told Sky F1.

“Max [Verstappen], Charles [Leclerc] all of us were saying he always has been at the front in everything he has done and I don’t know what the hell was going on, I feel really bad for him.

“He’s been made to look like and idiot and he’s absolutely not. He’s won in everything he’s done so I don’t know what’s going on but they need to sort it out.”

Russell meanwhile had a performance to remember for Williams, at one stage putting the FW43 P3 during qualifying, before ultimately securing P12 on the grid.

“Our aim was to make Q2 and to outqualify the Alfa [Romeo’s} and Haas, and then the car just came alive at the start Q1,” he said when reflecting on the performance.

“I felt in a good groove, was just giving everything I had.

“I was actually annoyed, two weeks in a row to miss Q3 by a small margin, I prefer to be a bit further away, it just feels frustrating as such, so I’m really pleased.”

The Briton is now hoping for a wet race to aid his search of a first point in Formula 1.

“It’s definitely a good opportunity, but the last two weekends we haven’t managed to transform our quali pace into race pace,” he explained.

“The last two races we’ve been by far the slowest in the race, so with the cars I’ve got behind me it’s going to be a tough race.

“I’m just praying for rain, because we can be fast if it does pour down.”

After a frustrating few seasons for Williams, the team are now showing clear signs of being back on the up, and Russell is delighted for his colleagues.

“It’s massive for them, all the guys especially here at the racetrack who come week in week out, they haven’t changed the job they do from the days when they were finishing on the podium back in 2014,” he said.

“They saw the decline and then suddenly having two really tough years it’s really great to give back to them.

“I’m pleased for them for all the hard work they put in, but this is a track we know on paper does suit our car the best out of all of them.

“So I don’t think we need to get carried away with just two really great qualifying performances, because they were great for different reasons, but nevertheless a massive morale booster.”

Russell is a Mercedes junior, and although he has been overlooked for 2021 with Valtteri Bottas set to retain his seat, he will continue with Williams next year.

And he thanked both Williams and Mercedes for looking beyond the results and recognising the quality of his performances.

“I felt like I did some good performances last year, but purely because of the pace of the car you can’t see it,” he said.

“Fortunately the guys at Williams and Mercedes recognised it, but still the rest of the guys don’t.

“So to have the car underneath us is great and I think also congrats to Nicholas [Latifi] for getting into Q2 too.”