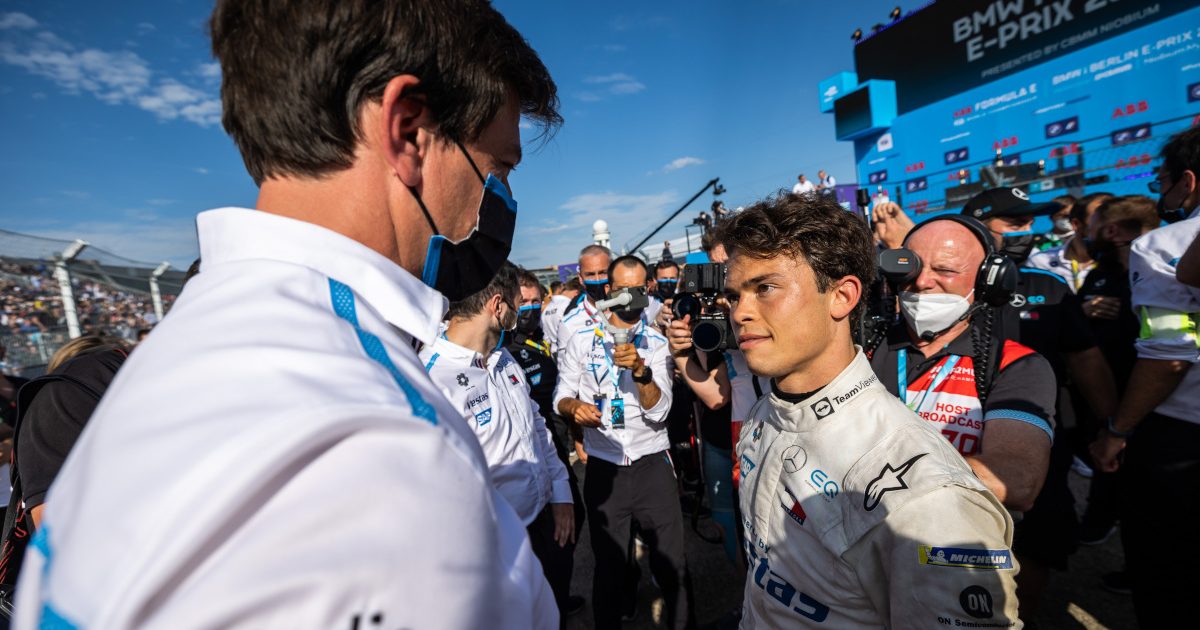 Nyck de Vries has the “speed, charisma and attitude” to be in Formula 1 but George Russell concedes it is “not that simple” breaking into the sport.

Winning the seventh season of the Formula E series to go with his 2019 Formula 2 title, Dutch driver De Vries has proven that he can win in any category.

His latest success, coupled with Mercedes soon-to-be Formula E exit, has seen the 26-year-old linked to a move to Formula 1 with the Williams team.

Williams are, potentially, looking for a replacement for Russell, who could be off to Mercedes next season to partner Lewis Hamilton.

Mercedes motorsport Toto Wolff has backed De Vries to make the move, saying he has the “talent and the work ethic and the intelligence to be in Formula 1.”

He added that he wouldn’t stand in De Vries’ way should Williams, or any other Formula 1 team, come calling.

Williams, though, would be his most likely destination given the team’s links to Mercedes, who previously placed Russell at the Grove team in a three-year deal that started back in 2019.

But with the Brit said to be off to Mercedes, Russell has backed De Vries to replace him – if it comes to that.

“I think Nyck is a fantastic driver,” the Brit told Motorsport.com during the driver press conference in the build up to the Belgian GP weekend.

“He is a Formula 2 champion and a Formula E champion. He definitely has the speed, charisma and attitude that a Formula One driver needs.”

But, he added, it’s not that easy to break into Formula 1.

“Unfortunately Formula 1 only has room for twenty drivers, so before a great driver can make his entrance, another great driver has to leave,” Russell continued.

“So the situation is not that simple.

“But he deserves to be here. We will have to wait and see if he gets the chance when an opportunity arises. Unfortunately, there’s not room for everyone.”