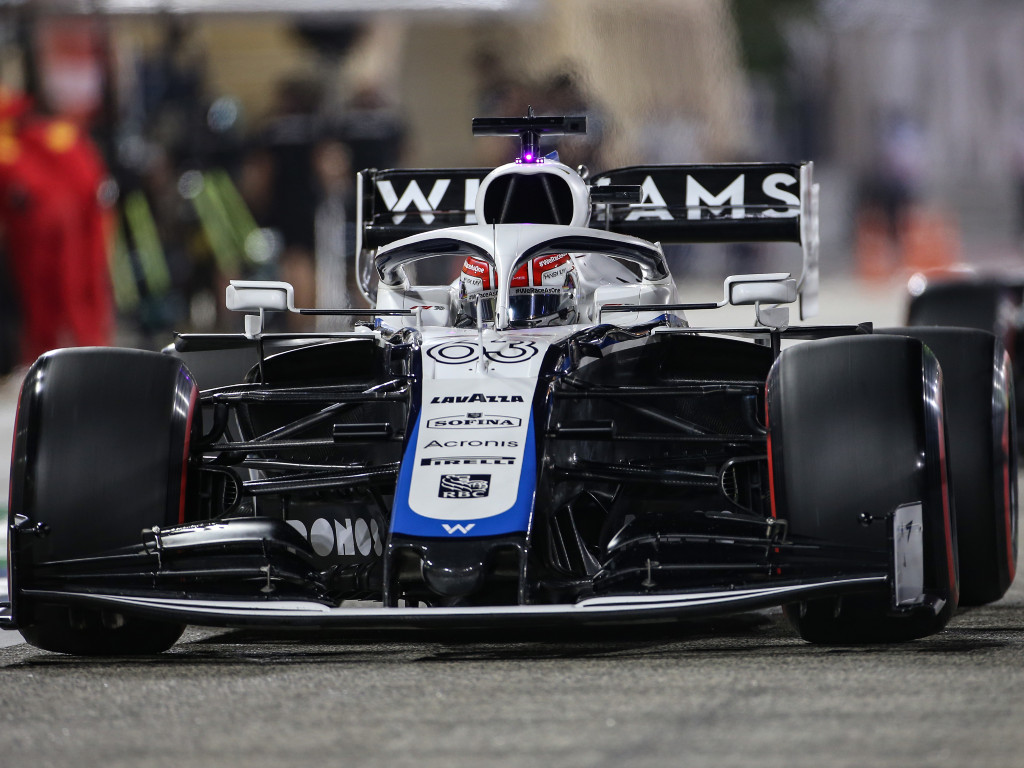 George Russell admits that his plans for running the softs on low-fuel in Bahrain were ruined by Alex Albon’s crash, and the dog.

Already Russell was on the back foot after handing his Williams FW43 over to Roy Nissany for FP1.

So the last thing he needed was red flags in the afternoon session, caused by Albon’s crash at the last corner, just when he was preparing for a quali simulation on the soft tyres with low fuel.

Once the track did go green the red flags instantly came back out after a dog made its way on to the circuit for the second time in two races after the same happened at the Turkish Grand Prix.

So, with both of those major hazards, Russell’s plans very much fell apart.

“It was nice to get back out on track today under the lights as it is always pretty spectacular, so I enjoyed it,” he told the Williams website.

“It hurt us slightly missing FP1, as it puts you on the back foot and then with those red flags from Alex’s crash and the appearance from the dog, it didn’t make it the easiest session.

“It affected my low-fuel run on the soft tyre as I was on the out-lap both times the session got red flagged.

“However, we have been in this position before and we know what to do. It will be a long evening into the early hours of tomorrow, and then wake up tomorrow and go and have some fun.”

Nissany’s FP1 outing was his third of the season following on from appearances at the Spanish and Italian GPs. He completed 27 laps of the Bahrain International Circuit and finished bottom of the leaderboard in P20, three tenths behind Nicholas Latifi in the other Williams.

“It was a very positive session once again, and a challenging one in comparison to my last FP1 outing at Monza,” the Israeli driver reflected.

“We have stepped up in terms of development and it feels great as always to be working with the team, to be in the car and a part of the progress that Williams is making.

“It is an incredible experience putting down the results, and I am looking forward to more action at the test in Abu Dhabi.”