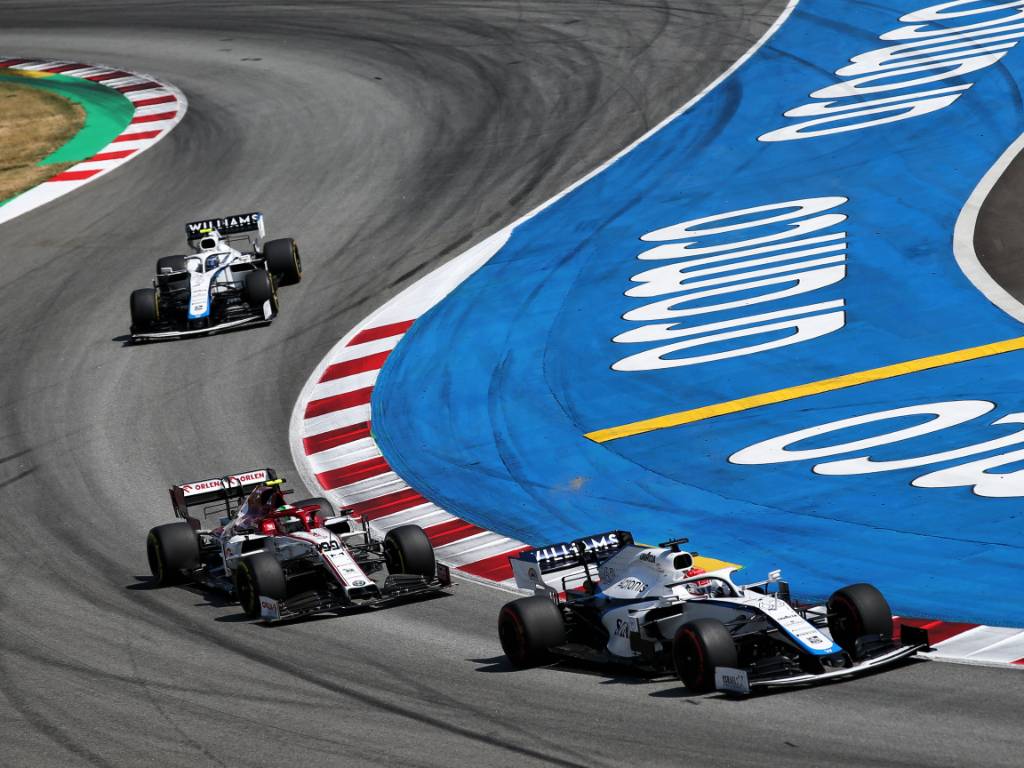 George Russell was able to draw on the positives from the competitiveness of his Williams in the Spanish Grand Prix despite finishing in P17.

The Englishman was involved in several on-track skirmishes which reflected how his car was performing better in the race than had been the case in practice and qualifying.

Williams also tried a contrary strategy by giving Russell a short middle stint on the medium tyres as, in the words of Dave Robson, their Head of Vehicle Performance, they “looked to cover the cars that had pitted behind us”.

Russell said: “It was better than expected, to be honest. I made a good start, overtook a couple of drivers and then spent the whole afternoon battling really – battling with Romain (Grosjean) for quite a bit, managed to overtake him on track which was nice.

“Then battling with Kimi (Raikkonen), keeping him behind me, had a nice little tussle with him. But the rest of the guys were just too quick. We rolled the dice and it didn’t pay off but we had to in our position – we would still have ended up at the back, so positives to take away.

“We weren’t a million miles away today, whereas yesterday and Friday we were miles away, so relatively pleased.

“But when you’re constantly on the defensive as a driver it’s always so difficult when you do an alternative strategy and you’ve got quicker cars behind you.

“I was stuck behind (Esteban) Ocon for a lot of the race which for us, fighting with a Renault which is up there fighting for Q3 every week, was nice. He was actually holding me up for a bit but I think he was just nursing his tyres.”

Russell’s team-mate Nicholas Latifi finished one place further back in P18, with only Romain Grosjean behind him.

The Canadian also tried a different strategy, starting on the medium tyres and finishing with a short stint on the softs.

Latifi said: “It was quite tricky. I got a good start but then struggled on the opening lap. For the first five or six laps I had no confidence and it undid my race in that first stint.

“We tried to do something alternative strategy-wise but it didn’t end up working out. My second and third stints pace-wise were relatively not so bad, but I think that’s all we could manage after the opening stint.”