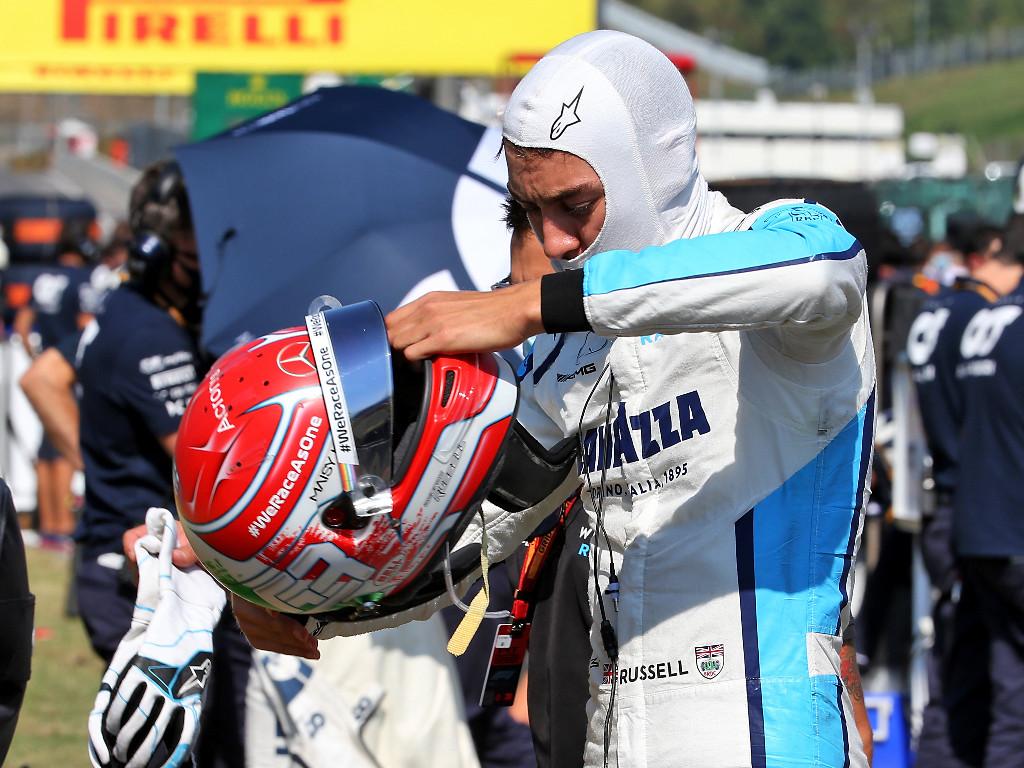 George Russell was frustrated not to convert his FP3 promise into another Q2-reaching achievement for Williams at the Eifel Grand Prix.

The British driver has a strong record of getting into the second of the three qualifying sessions at races this year, but it was not to be at the Nurburgring as he set the 17th fastest time in Q1.

But at least Russell maintained his 100% record of never having been outqualified by a Formula 1 team-mate – he is now 31-0 against Robert Kubica and his current Williams colleague Nicholas Latifi, who was one position behind him here.

Although Russell had occupied the same placing in FP3 – which was the first action of the weekend as Friday’s practice sessions had been washed out – he felt the morning running had offered a lot more promise than what he was able to deliver in qualifying.

“It’s definitely frustrating, especially knowing we didn’t optimise the lap whatsoever from my side, from the car’s side,” said 22-year-old Russell.

“It was really tricky to get the tyres working and we actually did a better job in FP3. We need to look into it and see how – our pace in FP3 was really strong. I did my quickest lap despite losing six or seven tenths under a yellow flag, so Q2 was definitely on the cards today.”

Russell explained that getting his tyres up to temperature in the chilly German autumn climate had been an issue – and that traffic in Q1 had not helped with that.

Asked if changes had been made between FP3 and Q1, he replied: “Nothing drastic that would have transformed the car. I think it’s just such a small crossover and when you get into that window the car’s working great and unfortunately we were just outside of it.

“I had a bit of traffic at the end of my out-lap when warming up the tyres and when you’re already struggling to warm them up, you need to be pounding around as fast as you can at the end of the out-lap, so it didn’t come together today.

“It’s a shame to miss out [on Q2] but I think tomorrow will be a bit chaotic with the weather we are expecting.

“I’m really excited for what the weather may bring – hopefully it will be mixed. It will be an interesting race and I’m ready to fight tomorrow.”