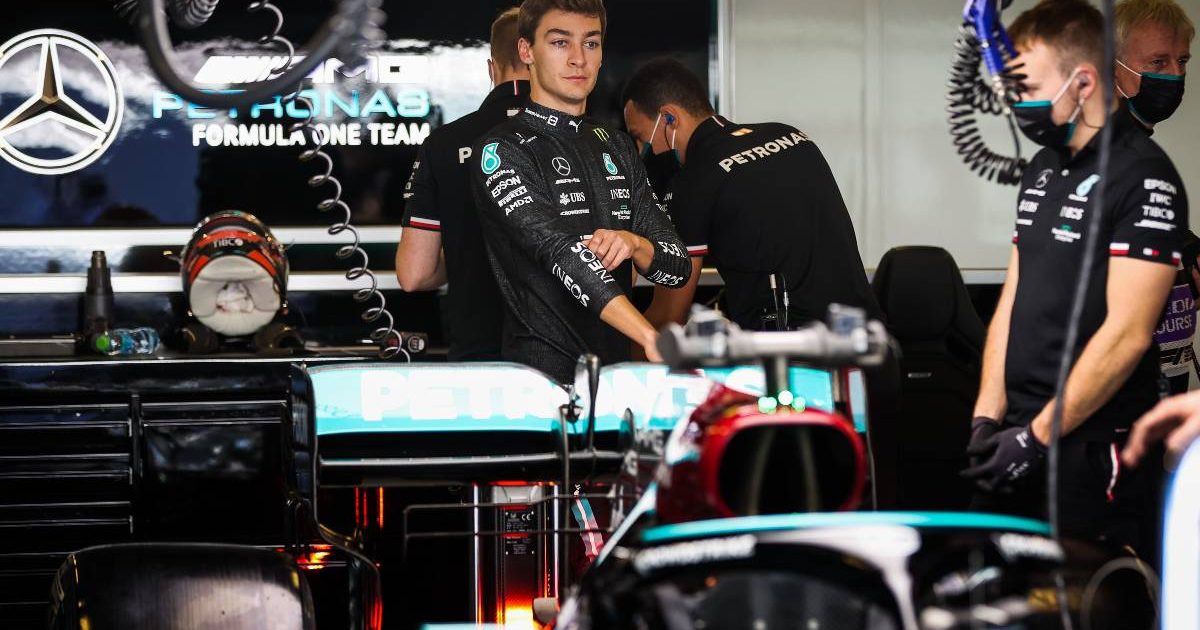 George Russell visited both of Mercedes’ factories for the first time as a full Mercedes driver – and found the experience “eye-opening”.

Russell was toured around both facilities in Brackley and Brixworth, the latter being home to Mercedes High Performance Powertrains where they manufacture their power units.

He spent his time meeting staff from the team’s different departments, which gave him an idea of the scale of driving for a Formula 1 team with the sheer resources of the reigning Constructors’ champions.

This followed with a gathering of team staff in a communal dining area in their Brixworth headquarters, where he was handed a microphone to say a few words.

“Hello and firstly thank you to everybody for the warm welcome,” said Russell while addressing team staff in a video posted by Mercedes on his visit.

“It’s my first time here at Brixworth, so it’s been pretty special to see what goes on behind the scenes because I think quite often you don’t appreciate what goes into creating this incredible machine.

“When you arrive at the track, you see the end product but you don’t necessarily see all of the hard work that goes into making it.

“So this was eye-opening for me.”

Mercedes have one of the largest workforces in Formula 1, with around 1,000 staff members based across both factories, and they will be gunning for a ninth consecutive Constructors’ title in 2022 with Russell set to partner Lewis Hamilton this season.

There is still uncertainty as to whether or not Hamilton will continue after the drama that unfolded at the end of 2021 in Abu Dhabi, but Russell has been tipped to perform well alongside the seven-time former World Champion after three years dominating within the Williams set-up.

Russell has high expectations of himself, and Williams team boss Jost Capito and former Williams and Red Bull driver Mark Webber both believe he can fare well against the might of Hamilton in the same team, given the speed he has shown in his Formula 1 career to date.

Webber told Formelaustria.at towards the end of last season: “Going up against Lewis will be extremely challenging. But George has almost 50 races under his belt now, so he’s ready for it.

“George will know there will be a huge shift in intensity that comes with the expectation of qualifying for the front row every week and finishing every race in the top positions.”