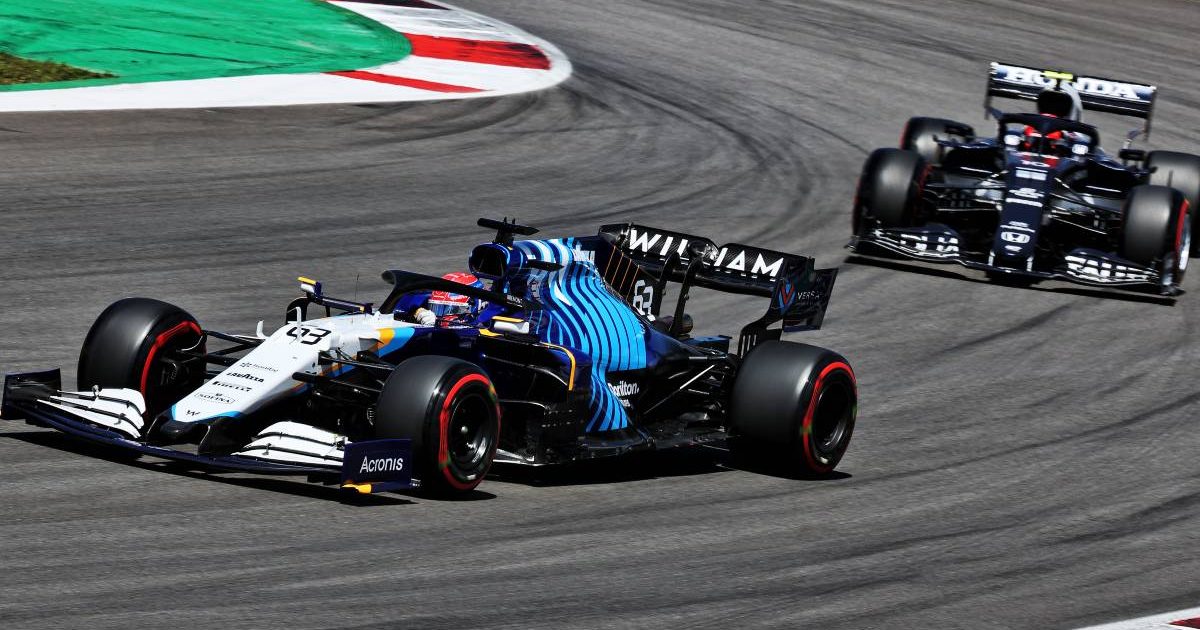 George Russell acknowledged the fine margins involved in F1 after achieving his best ever qualifying position for Williams.

The Briton will start 11th on the grid for the Portuguese Grand Prix after getting to within 0.057sec of reaching Q3 for the first time with the team at which he is ‘on loan’ from Mercedes, who are managing his career.

But it could have been so different, for Russell only maintained his ‘Mr Saturday’ tag on this occasion by bagging a Q2 spot by 0.042sec as he dumped McLaren’s Daniel Ricciardo out of qualifying in 16th position.

Nevertheless, Russell, who was involved in one of the season’s big stories so far when he crashed with Valtteri Bottas in the last race at Imola and angrily confronted the Mercedes driver, was delighted with the performance after some discouraging signs during practice.

Who else had the same reaction to @GeorgeRussell63's Q2 lap? 😜 pic.twitter.com/449U5vmTvy

Told by Sky F1 he had missed out on Q3 by only five hundredths of a second, he said: “It was five hundredths away from being out in Q1 as well. That’s part of the game. Really happy we got it together when it mattered again.

“FP3 was really difficult and we seemed to be getting slower and slower as the weekend progressed after FP1, but we got it together and everything came alive again in qualifying.

“Lots of confidence and we did a fantastic job to qualify 11th – it’s our best result in the past three years on a Saturday, so really happy.”

Asked by Formula 1 if Q3 is now the target in a Williams that is clearly improving after a dismal couple of years at the back of the pack, Russell said: “There’s no reason why not. This weekend, even last time, was a great opportunity. That’s the goal.”

And more immediately, how about his first points for Williams at Portimao? A probable top-10 finish eluded the Briton when he crashed at Imola in the process of trying to overtake Bottas.

“I’d say our race pace looks better than our qualifying pace,” said Russell. “We have the straight-line speed which will help us to defend or attack. I think the guys behind will really struggle to overtake us, so eyes forward and maximum attack.

“We’re on the medium tyres for the start tomorrow, the rivals ahead of us will be on the softs, which is not a good race tyre, so we are in a great position.

“We need to make a clean start and have a good first lap. We qualified 12th last time and were in a points-paying position for the majority (of the race). We’ve got a chance, so let’s see what happens.”