Home News Russell: I spent all of my race stuck behind Robert 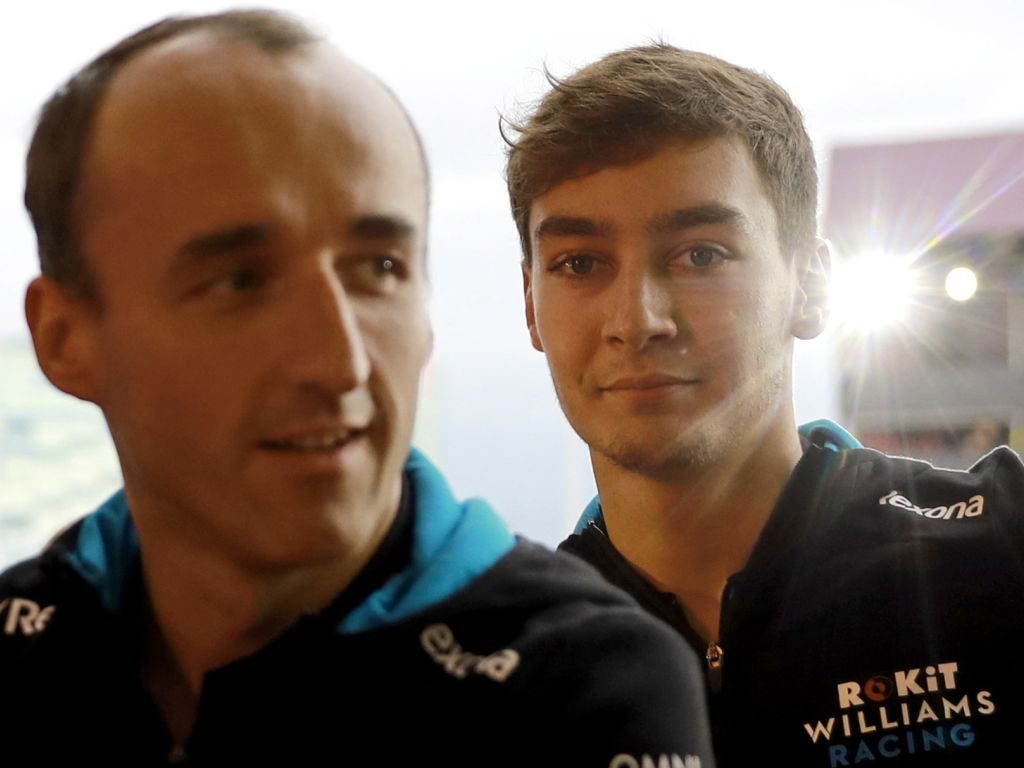 George Russell has lamented a “pretty frustrating” race day in Mexico as he found himself “stuck behind” team-mate Robert Kubica for a long time.

The Williams drivers started P19 and P20 on the Autódromo Hermanos Rodríguez gird with Russell ahead after outqualifying the experienced Pole by quite some distance.

After a great getaway saw him battle the likes of Kevin Magnussen from Haas and Antonio Giovinazzi in the Alfa Romeo early on, the rookie found himself behind Kubica after the veteran ducked ahead of him while he struggled to get his cold tyres working following a pit stop.

It cost him quite a bit and, although he managed to finally get ahead of his team-mate and finish P16, he was left disappointed.

“It was pretty frustrating,” Russell told the official F1 website. “The first three corners, right place right time and gained a load of positions. The next three corners, wrong place wrong time and lost them all and an additional one to Robert.

“I spent all of my race stuck behind Robert who then I think had an issue towards the end and once I got into clear air the pace was really, really strong. I’m quite confident if I’d managed to maintain the positions at the start ahead of Magnussen and Giovinazzi I could have kept it.”

Although he is not in favour of team orders, Russell feels Williams need to have a look at it.

“I mean, we need to discuss it after. If I was in that position I wouldn’t expect the team to swap us around, we’re there doing our own race,” he said.

“But ultimately we could have finished a lot higher if we had [swapped]. So there’s pros and cons for both and we just need to find a solution moving forward what is the best way and what keeps everybody happy.”