Home News Russell: Hamilton has made me a better driver 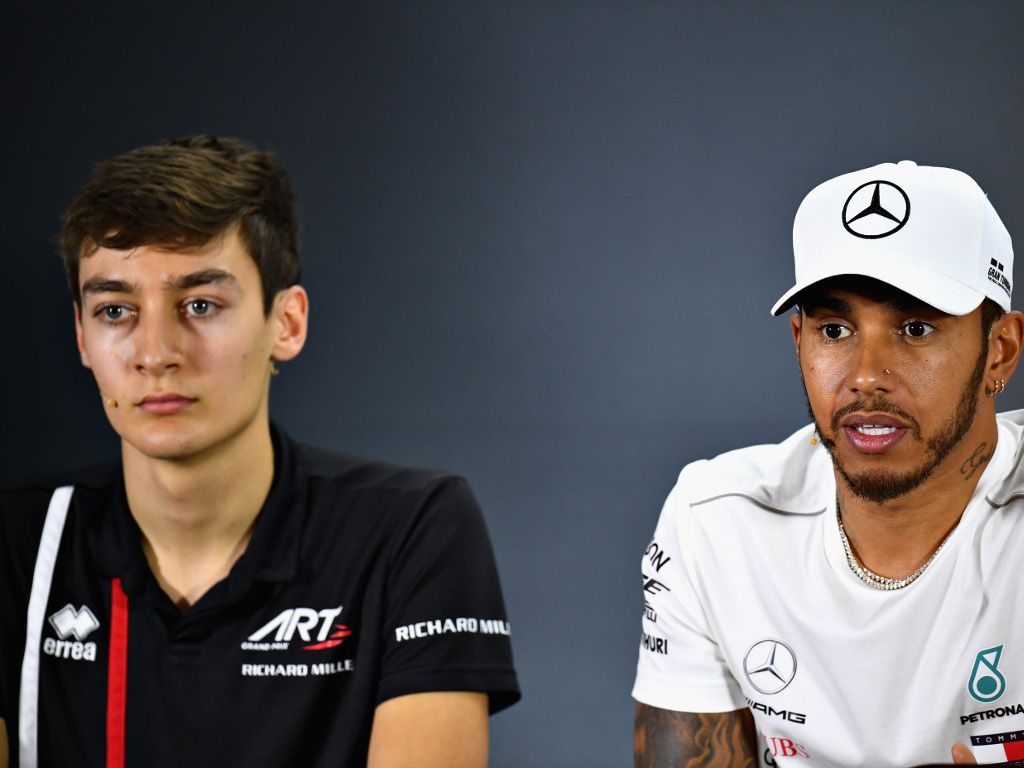 George Russell says that seeing Lewis Hamilton work up close and being in debriefs with him has made him a better driver.

The Williams man is also part of the Mercedes academy and has therefore worked alongside Hamilton as well as going up against him on-track.

He says that, as soon as he joined the German team, he immediately saw just how good the seven-time World Champion is.

“Personally, I’m running out of superlatives for Lewis,” Russell said.

“I think everybody knows how great he is – even while he was a two-time, three-time world champion. But for me, when I joined Mercedes and saw him working first hand, I knew he wasn’t purely just relying on natural talent.

“He doesn’t just wake up on a Sunday morning and jump in and he’s the fastest. He puts a huge amount of effort in, which I don’t think he really gets the credit for.

“That grew my respect for him massively. And he works on the smallest of small details, just to excel and get that little bit extra from himself.”

Words of encouragement from Hamilton to Russell 👏#F1 #ImolaGP pic.twitter.com/LdV7ECY1DH

Arguably the lowest point of Russell’s F1 career to date came this season at Imola when, on track to score his first points, he crashed behind the Safety Car.

Hamilton left a message for him on social media, and also spoke to him in person following the incident, Russell has revealed.

“I spoke to him actually after Imola, and he gave me some incredibly wise words, sort of ‘here for you if you need’, really,” he added.

“I have learned a lot from him just being in those debriefs, learning what he’s looking for to make the car go quicker and what he’s working on with his driving style, which has actually helped me become a better racing driver over the past 18 months.

“I’ve understood what I need to make my car go faster, and I understood that’s what Lewis was doing. He’s setting the benchmark at the moment: incredible driver, incredible bloke, and just a lot of respect for him.

“The first time I became aware of him was probably back in 2007. I remember he came to [UK karting track] PFI once during his first season in F1. He rocked up in a Mercedes, wearing his McLaren Vodafone race suit and obviously everyone at the track mobbed him, and I got a photo with him.

“I had a woeful haircut – he’ll probably argue that his haircut at the time wasn’t much better. So there is that embarrassing photo out there… which I saw circulating not long ago, so I think for both of our sakes, we’d prefer that to stay away!”